In late 13th – early 14th century southern Germany, at a time when censorship was severe and rampant, and most Hebrew manuscripts were exclusively illustrated by Christians, The Luzzatto High Holiday Mahzor was already a theological phenomenon. This 700-year old Rosh Hashana and Yom Kippur prayer book was hand-copied and decorated by a Jewish scribe-artist named Abraham, originally produced for a Jewish community in the region of Bavaria. And over the ensuing centuries, navigating violent bursts of persecution and the long rhythms of war and peace, it found new homes in areas like Alsace, the Lake Constance region, Northern Italy, and France. Notes and annotations handwritten carefully in the margins illustrate its movement through space and time, crossing political, theological and ideological divides. Owing to its age, excellent state of preservation, and dramatic geopolitical and theological provenance, this sacred manuscript opens fascinating windows into the lives, rites, and rituals of medieval and early modern Ashkenazic Jewry. On 19 October 2021, Sotheby’s is pleased to offer The Luzzatto High Holiday Mahzor: A Magnificent Illuminated Ashkenazic Prayer Book. Proceeds of the sale will benefit the Alliance Israélite Universelle and its mission to further Jewish education. 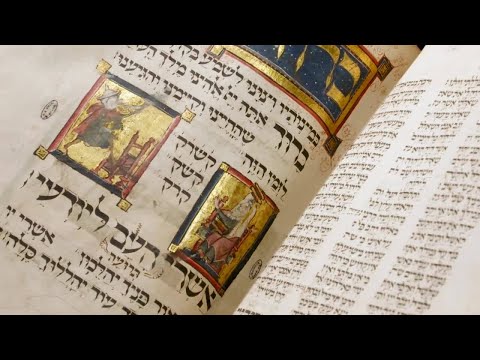