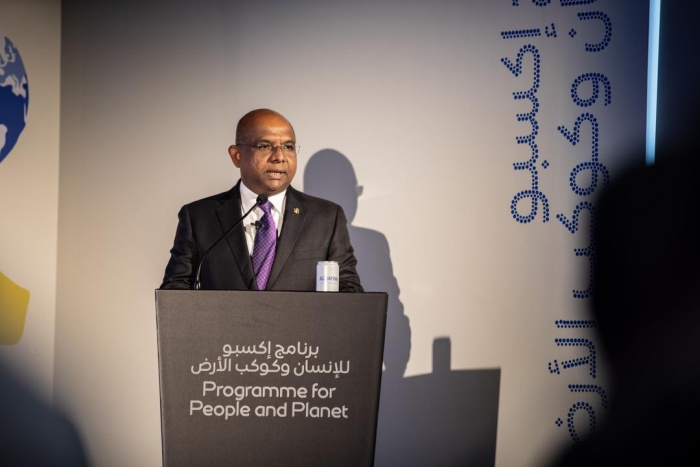 A call for immediate action to avoid a “climate tragedy” has been issued by Abdulla Shahid, president of the United Nations General Assembly, during remarks at Expo 2020 in Dubai.

Shahid, who is also minister of foreign affairs for the Maldives, was speaking during the second day of the Climate & Biodiversity Week at the event.

Delivering his opening remarks for the People’s Promise for Climate Impact event, said: “When we talk about climate change, we can no longer afford to indulge in the delusion that we are talking about a distant threat that policy-makers can negotiate in their own pace.

“We cannot deny what is happening right in front of us – the effects of human-induced climate change are clear for all of us to see.”

“Hope when combined with action and change, is actually the winning formula – and let us embrace it.”

The event together young change-makers and notable climate leaders to provide a diverse range of perspectives on how to collectively scale positive action.

Climate & Biodiversity Week is the first of the ten theme weeks running over the next six months, anchoring the Programme for People and the Planet at Expo.