A Defining Moment in Modern Design: The Collection of the Maison de Verre | Christie’s 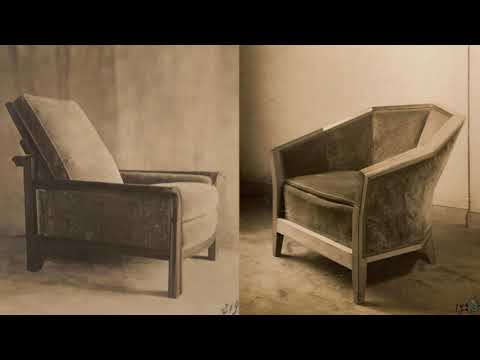 The collection of Annie and Jean Dalsace showcases the influential work of French architect and furniture designer, Pierre Chareau
Pierre Chareau, the Modern architect who worked during the first half of the 20th century, is perhaps best known for his legendary Maison de Verre. Built between 1928 and 1932, it was the first house to be built in France from glass and steel, and it would go on to influence architects such as Richard Rogers, Jean Nouvel and many more. The collections that were housed in the Maison de Verre for almost a century will appear at auction at Christie’s Paris on 3 October. The house was commissioned by Annie and Jean Dalsace to be their home. The Dalsaces were connected to Chareau through a friendship between Annie and Chareau’s wife Louise Dorothy Dyte, known as Dollie. Marc Vellay, the Dalsaces’ grandson tells the story: ‘Dollie had come to France after the death of her father. She met Chareau and married him in 1904. Shortly after that, she became Annie’s tutor and a friendship blossomed.’ These two women remained close friends and, as Vellay says, ‘shared many tastes for the music, painting and literature of their time.’ Learn More: https://www.christies.com/features/les-collections-de-la-maison-de-verre-11861-1.aspx?sc_lang=en#fid-11861

Gloria Estefan Bravely Shares Her Story Of Being Sexually Abused At Age 9: My Mother ‘Trusted’ Him