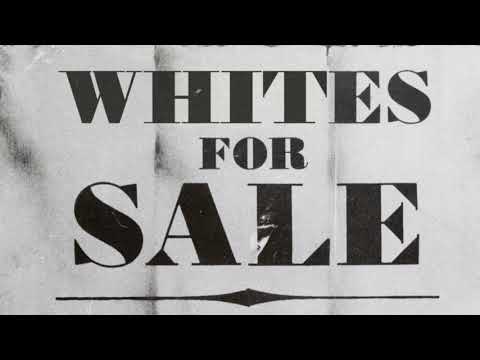 When NFTs broke into the public lexicon, I very quickly recognized the F in NFT—Fungible. NFTs are non-fungible tokens that confer uniqueness to digital artworks. The term “fungible” resonated differently for me due to its use by scholars of the history of slavery. People are inherently non-fungible. But as slavery became an integral part of developing capitalism, enslavers sought to make people fungible. In the 16th-18th century, the Portuguese and the Spanish used a system called Pieza de India (“piece of India”) through which people were quantified and valued in relation to an idealized slave—or a “piece of India.” Later, in the ledgers of 18th-19th century American slavers, people are referred to as No. 1 slaves, No. 2 slaves, etc.—a means by which unique people, for example a 35-year-old male carpenter could be equated to a 20-year-old woman (possibly unskilled) with two children, and thus turned into commodities. White Male For Sale takes this history as a point of departure. During much of the history of America, enslaved people were sold at auction. Frequently these auctions would take place on a street corner. The enslaved person would be made to stand on a block as they were auctioned. Advertisements announcing “Negros for sale” were common. White Male for Sale references this. The White Male for Sale NFT video is a slow motion shot of a generic white male, in typical middle class work shirt and pants, standing, relatively motionless as Black Brooklyn passes by. The video seamlessly loops and this auction goes on forever. This simple “substation” calls into question the whole history of slavery, capitalism and the ideology of white supremacy, with a particular relevance to the US. Extending the conceptual project, the NFT will be auctioned, live, at an art auction house. “…people are inherently unique. They are not fungible. And so this concept of having non-fungible tokens, taking art and talking about suddenly being non-fungible, it was something that I thought was interesting in a way that would be important to talk about the history of slavery and the history of capitalism…” – Dread Scott

A Psychiatrist on Cultivating Everyday Vitality