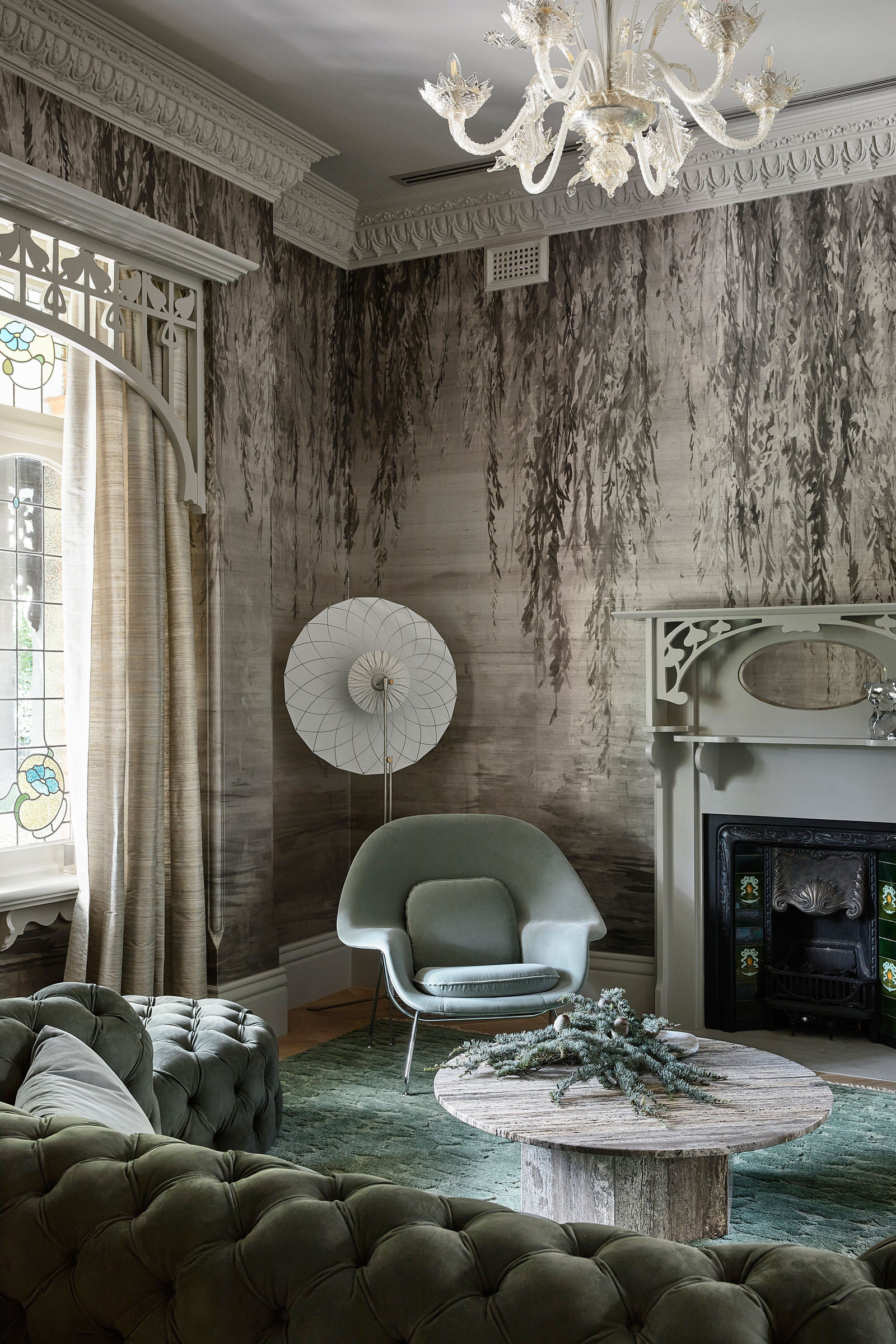 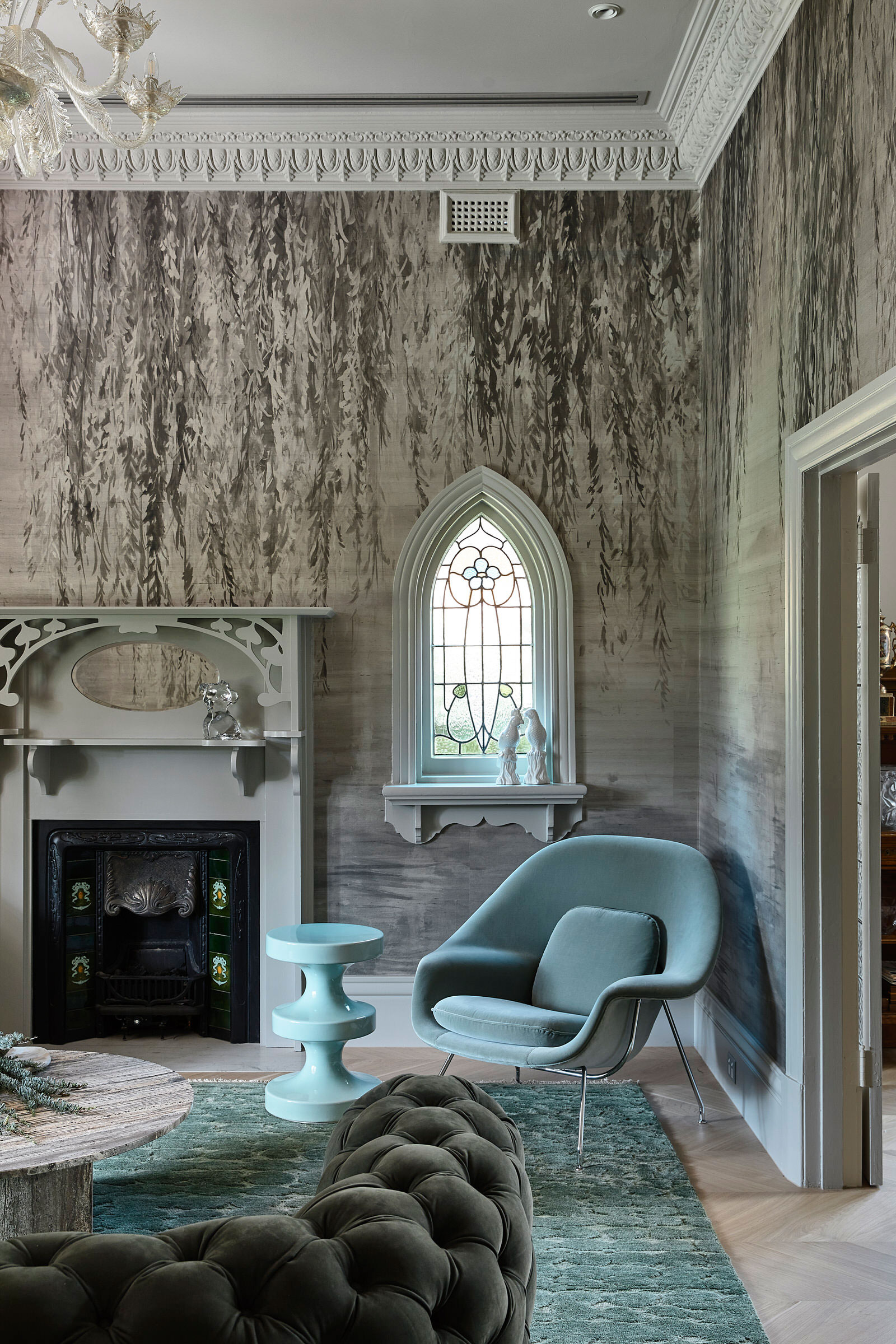 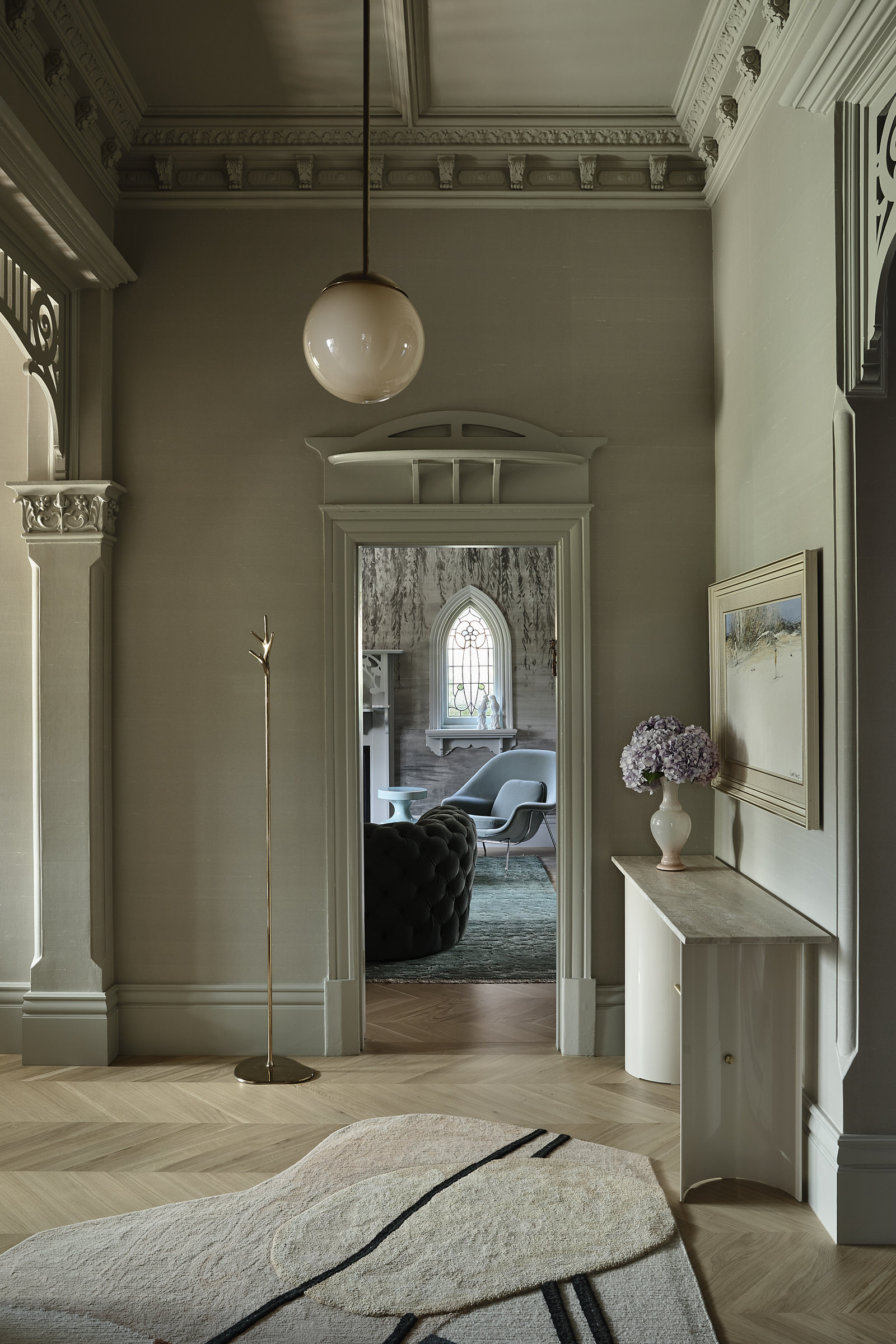 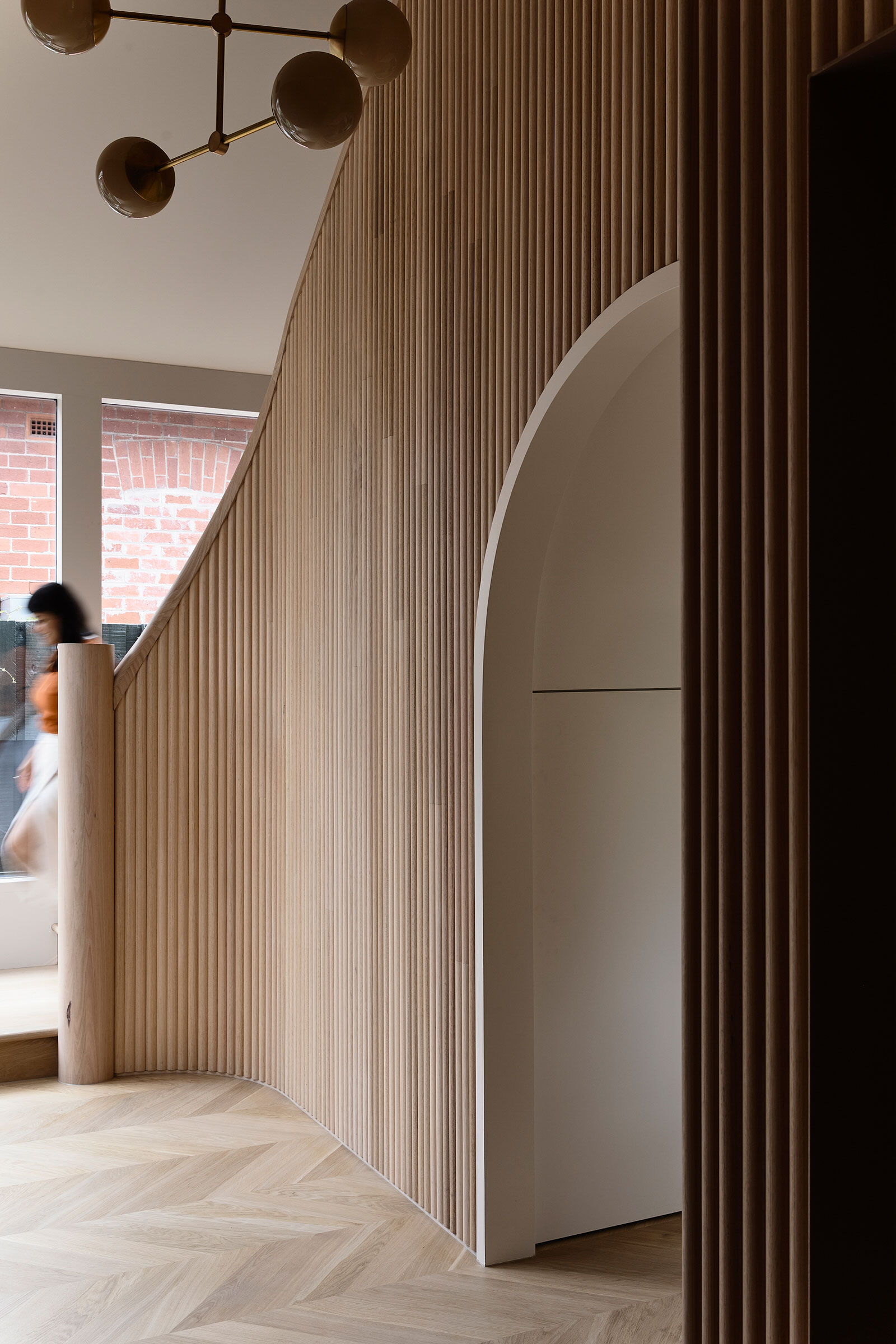 Heritage greets contemporary with a warm embrace in one of Kennedy Nolan‘s latest residential projects — a restored and re-imagined substantial Edwardian house in Melbourne’s inner suburb of Elsternwick.

“This project was a great opportunity to deploy the principles of complete design embodied by the Arts and Crafts movement,” says founding director of Kennedy Nolan, Patrick Kennedy. “An integrated amalgam of architecture, interior design and furnishing, all of which were developed by our team.”

Masters of the layered yet measured, colourful yet calm, visually arresting yet comfortable and warm, this project takes things to a whole new level with its complex, multiple personalities that have been carefully threaded by the deft hands and sharp sensibilities of the Kennedy Nolan design team. 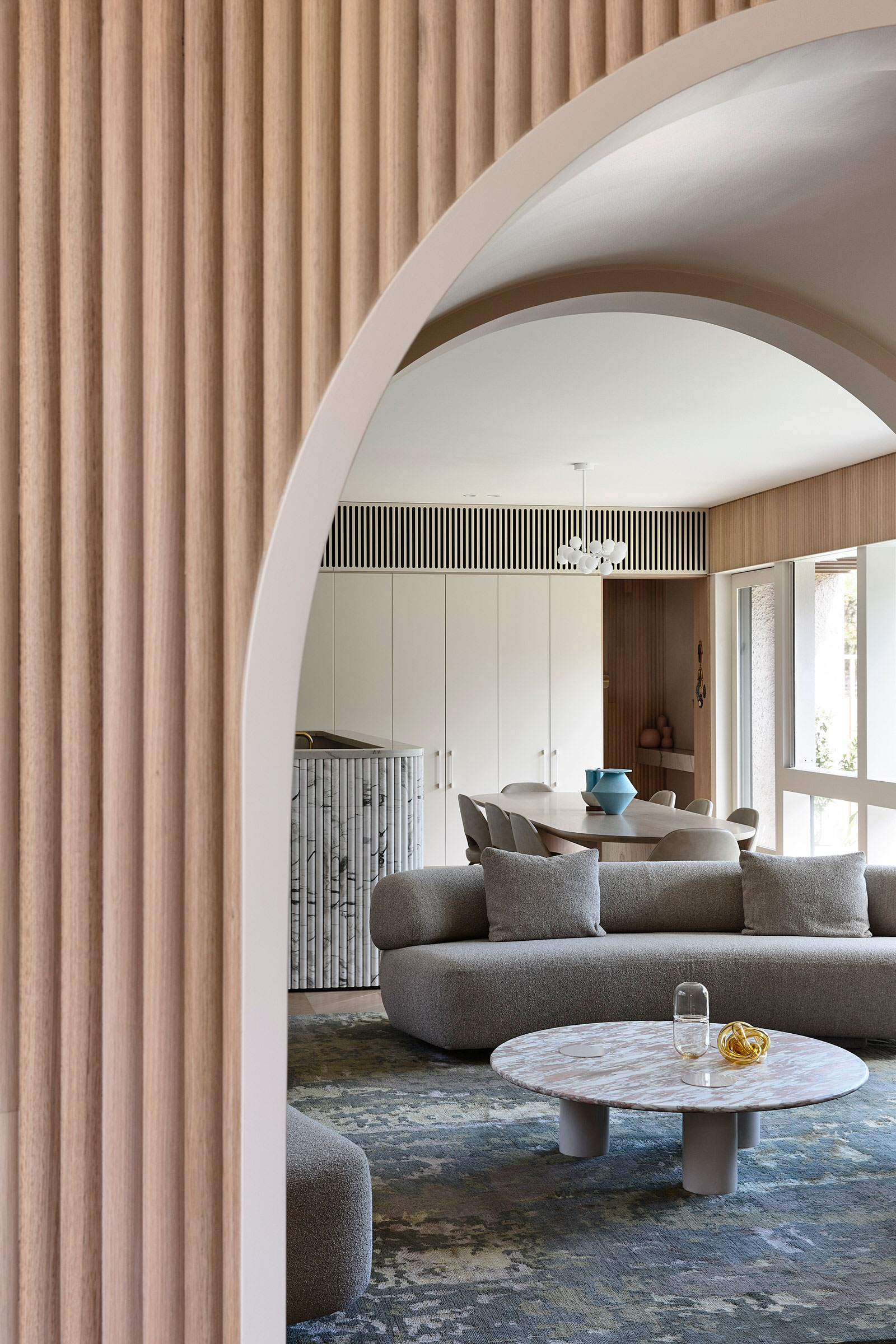 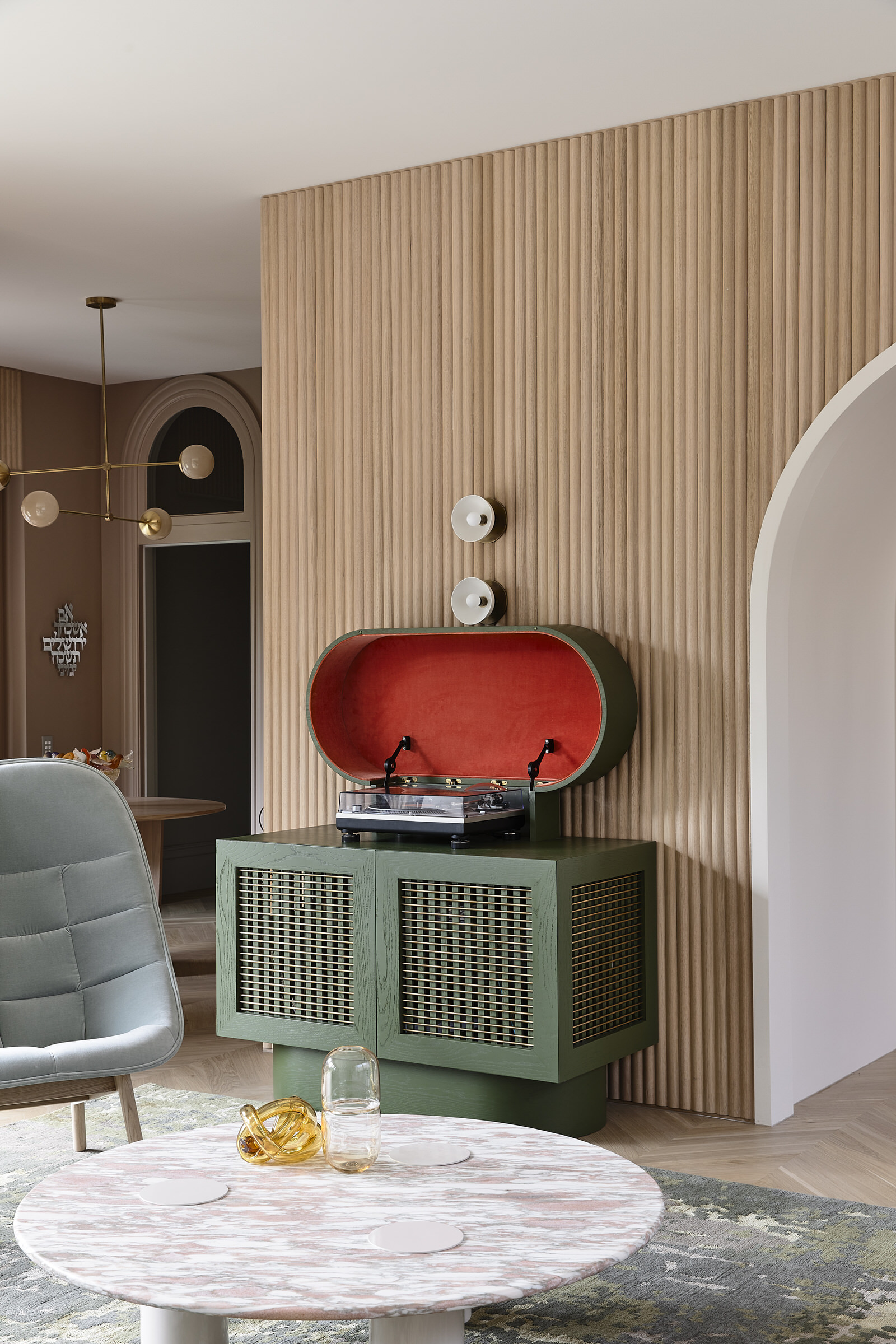 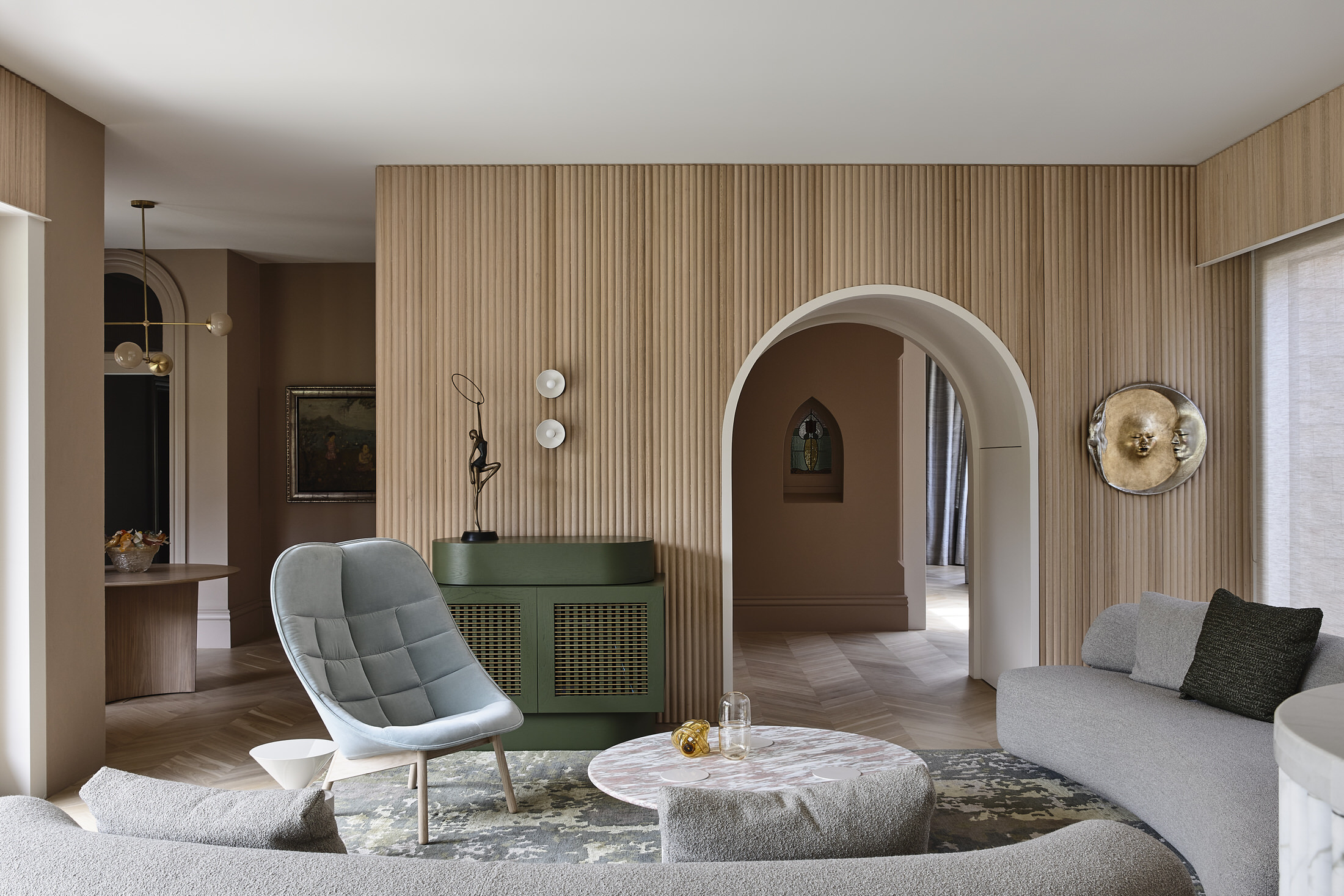 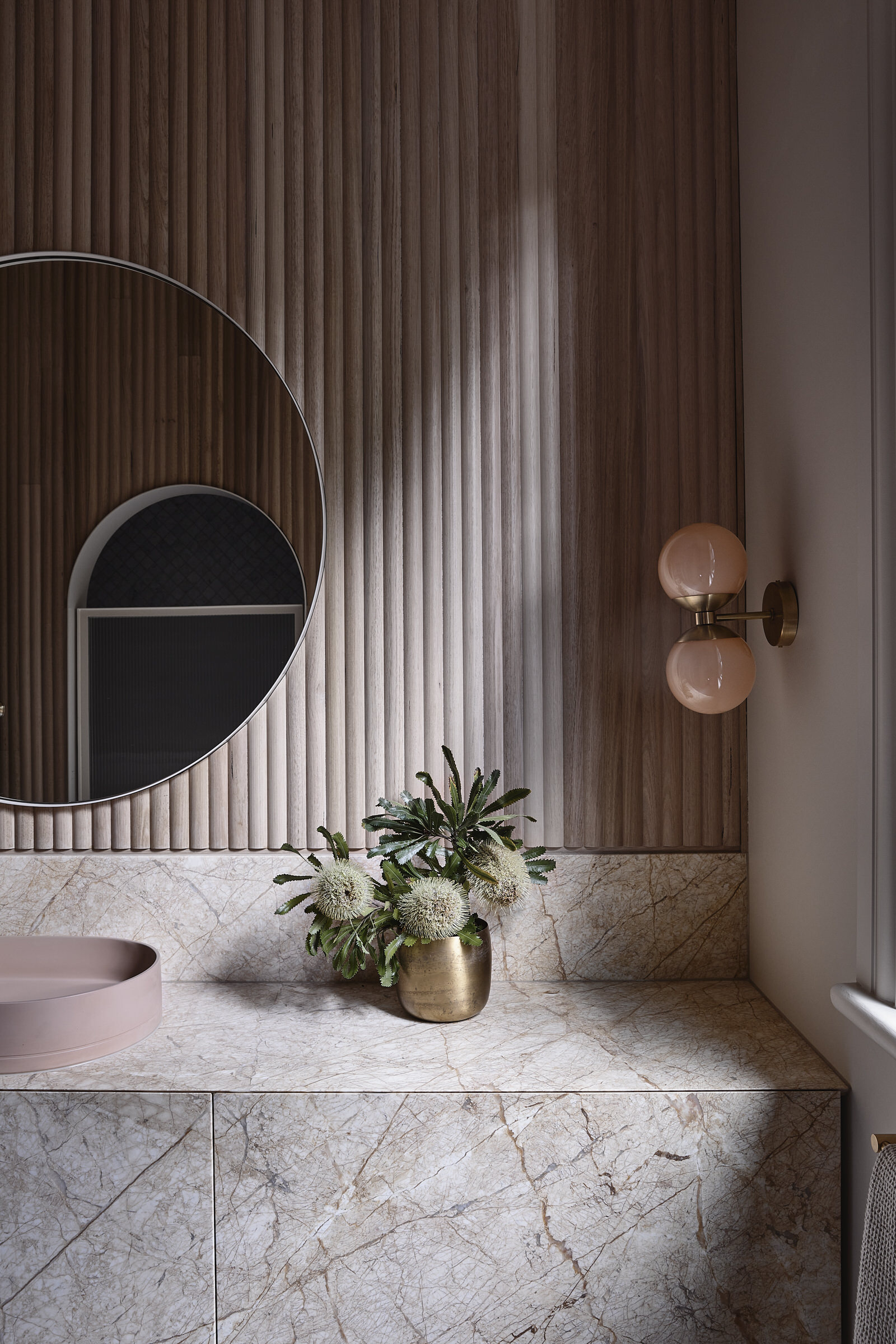 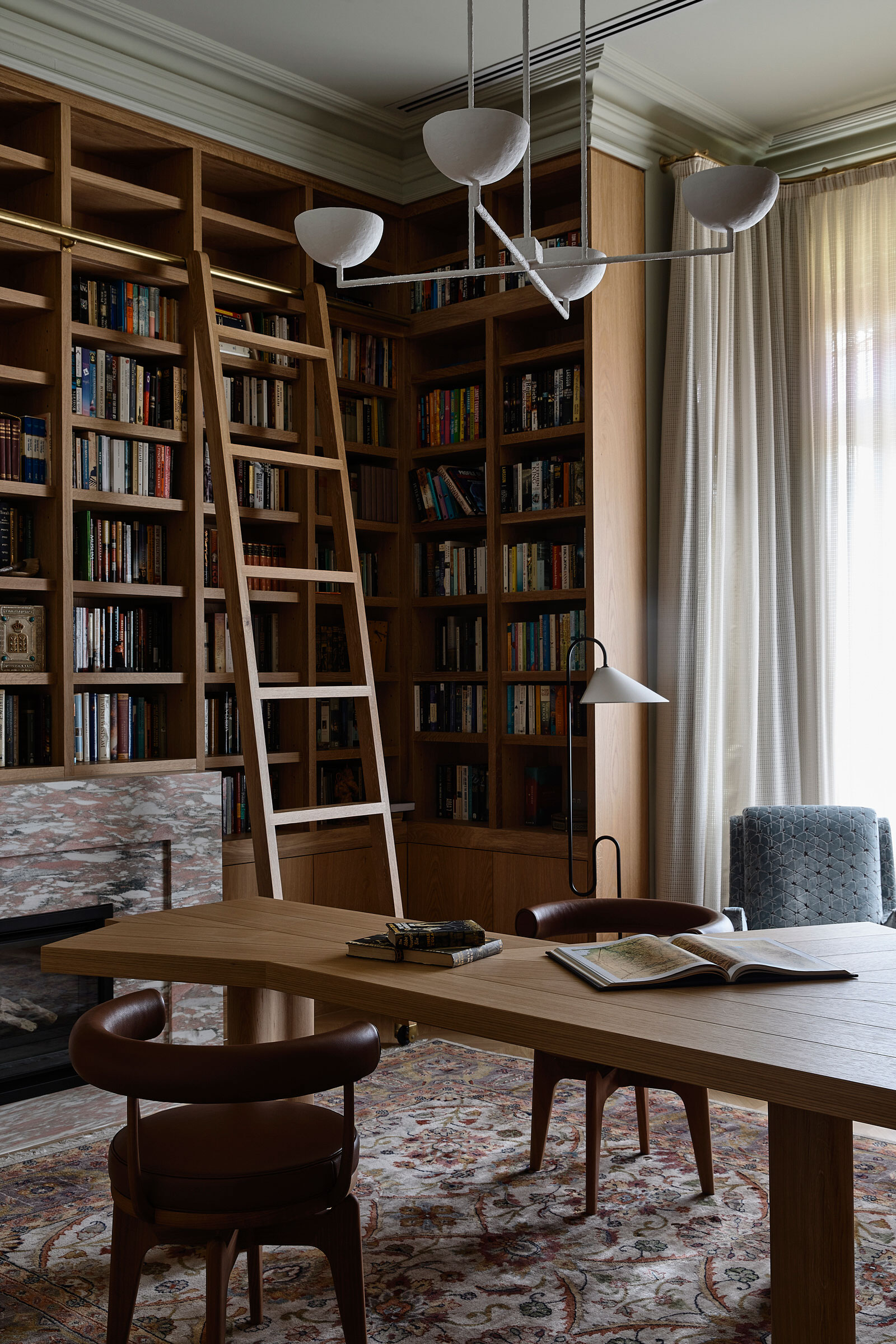 “The great strength of this project lies in its completeness,” says Patrick, and I simply couldn’t agree more. “It is an alterations and additions project, so there is old fabric and new fabric. However, the overall house feels singular in mood, scale and quality.”

This outcome, in part, resulted from the client’s specific request for something beautiful to look at wherever the eye landed. This compelled the design team to look at each element of the house both from a functional and an aesthetic approach. As a result, even the most mundane functions have been elevated into an art form.

One such visual highlight is the intricate record cabinet in the living room. Custom designed by Kennedy Nolan and made by Fineform joinery, the ‘Amazon depths’ Dulux green outer shell gains a whole new dimension when the top lifts open to reveal the record player and the inner lining of the lid covered in a rich red velour from Kvadrat. Gaaah!

The existing building fabric was well-preserved and beautifully realised, providing a rich source of inspiration for the design team. While the brief called for a complete approach to a substantial suite of existing and newly constructed rooms, more importantly — the client spoke of “emotions and atmospheres rather than specific spatial or visual qualities”, reminisces Patrick. 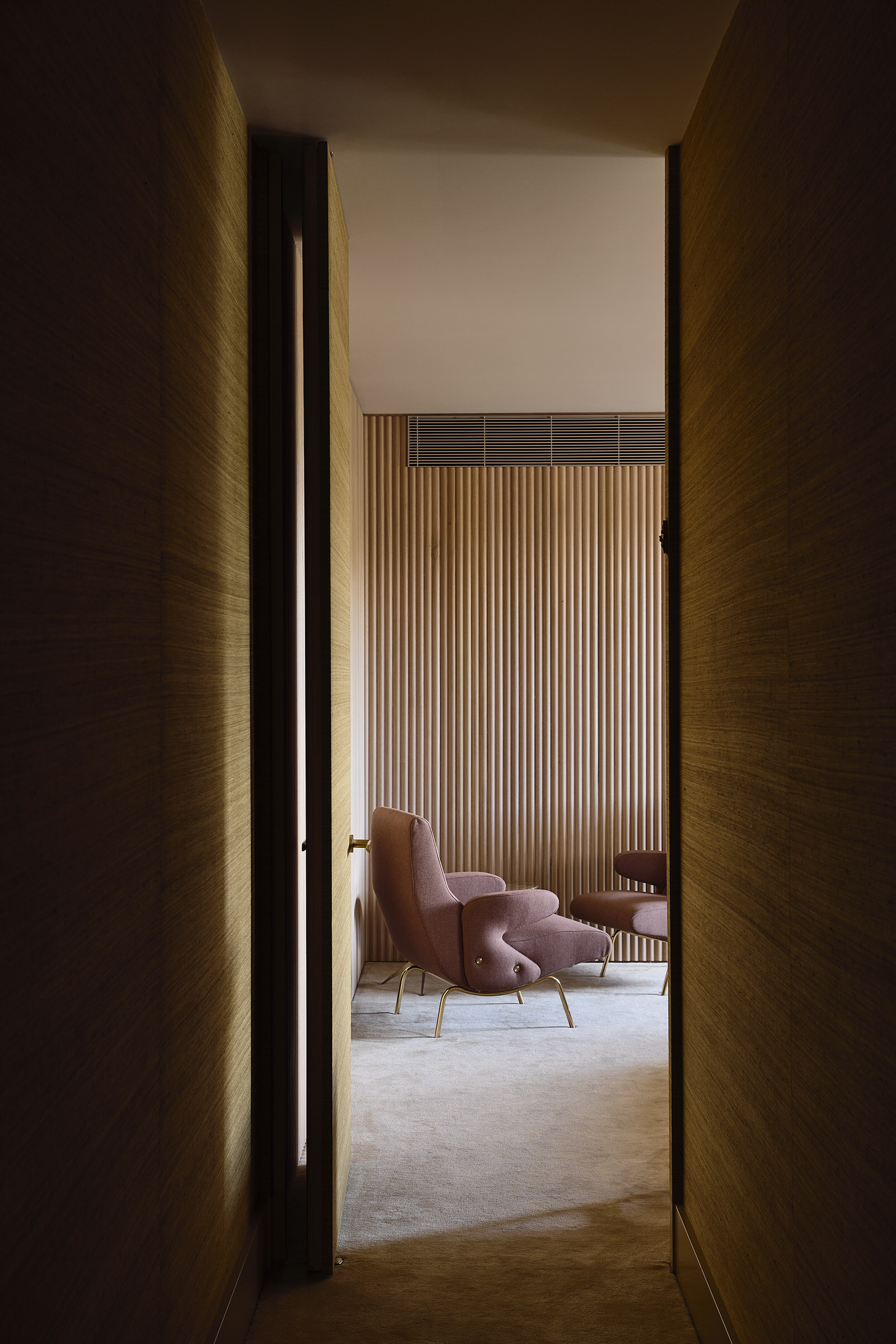 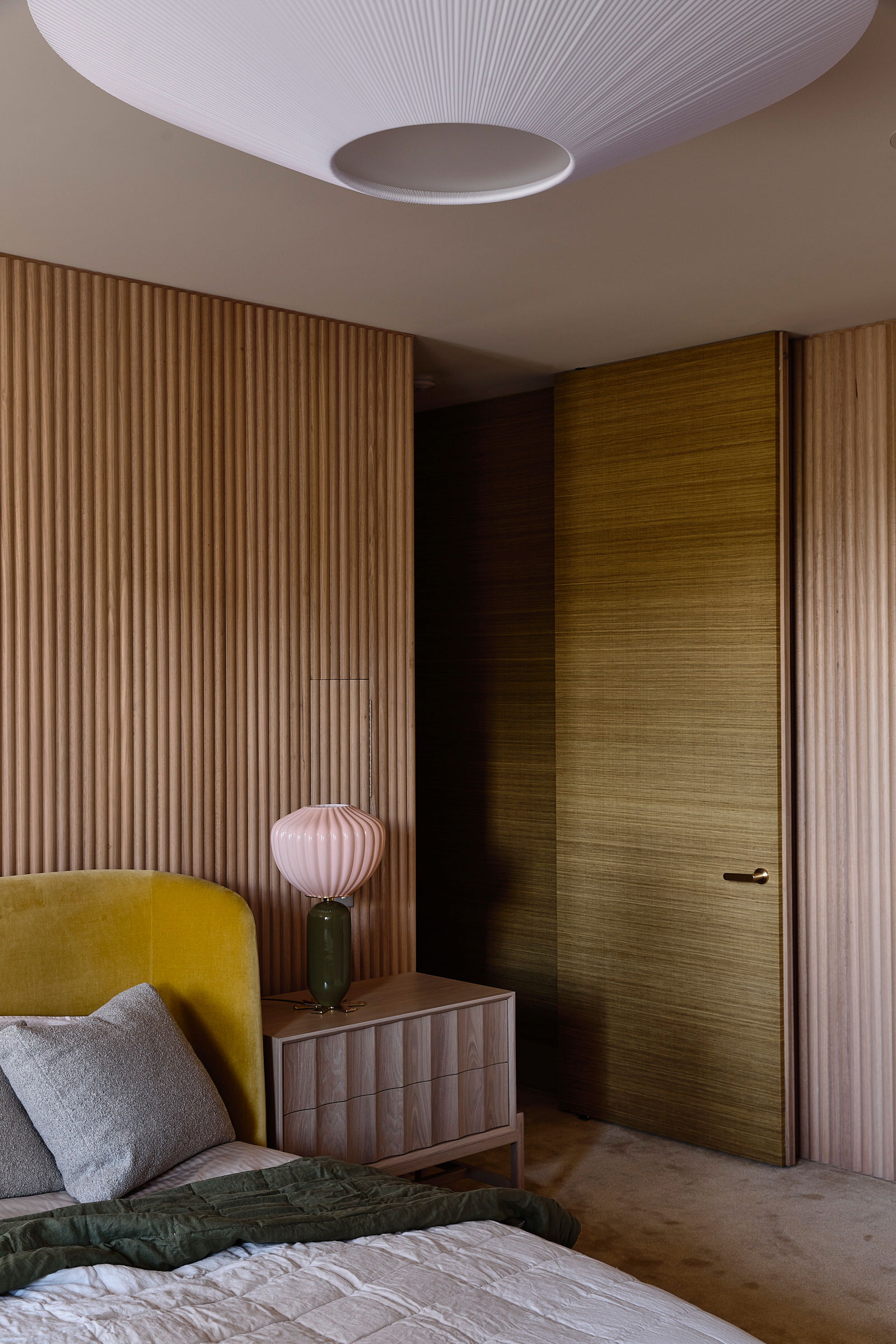 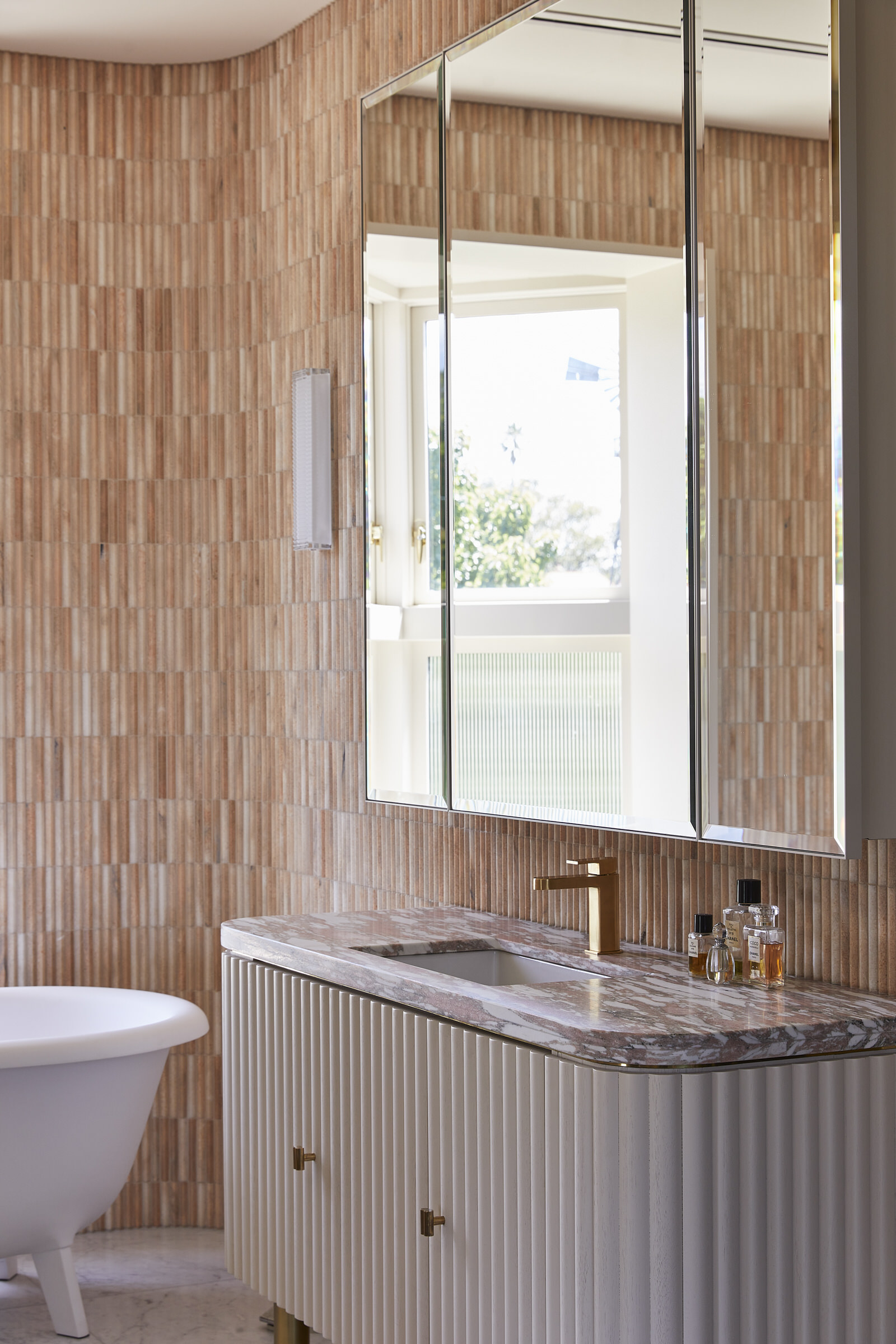 This house was to be a refuge that provided visual delight in every instance. “Our approach emerged through devising a colour palette, an intention to imbue the interiors with colour (as appropriate to an Arts and Crafts house), but to make the colour as gentle as possible, and to modulate its intensity through the various rooms and zones.”

Kennedy Nolan deploys texture as a means to amplify the subtleties of colour; silk is used as wallpaper; walls are lined in render rather than smooth plaster; fluted limed timber can be seen extensively throughout the interior.

“We were compelled to elevate the principal living spaces in order to maintain an appropriate visual hierarchy,” explains Patrick. “In some cases, this led to theatrical and elevated interiors which were nonetheless rigorously controlled to maintain serenity and calm. It is the combination of drama and calm which feels like the project’s greatest achievement.” 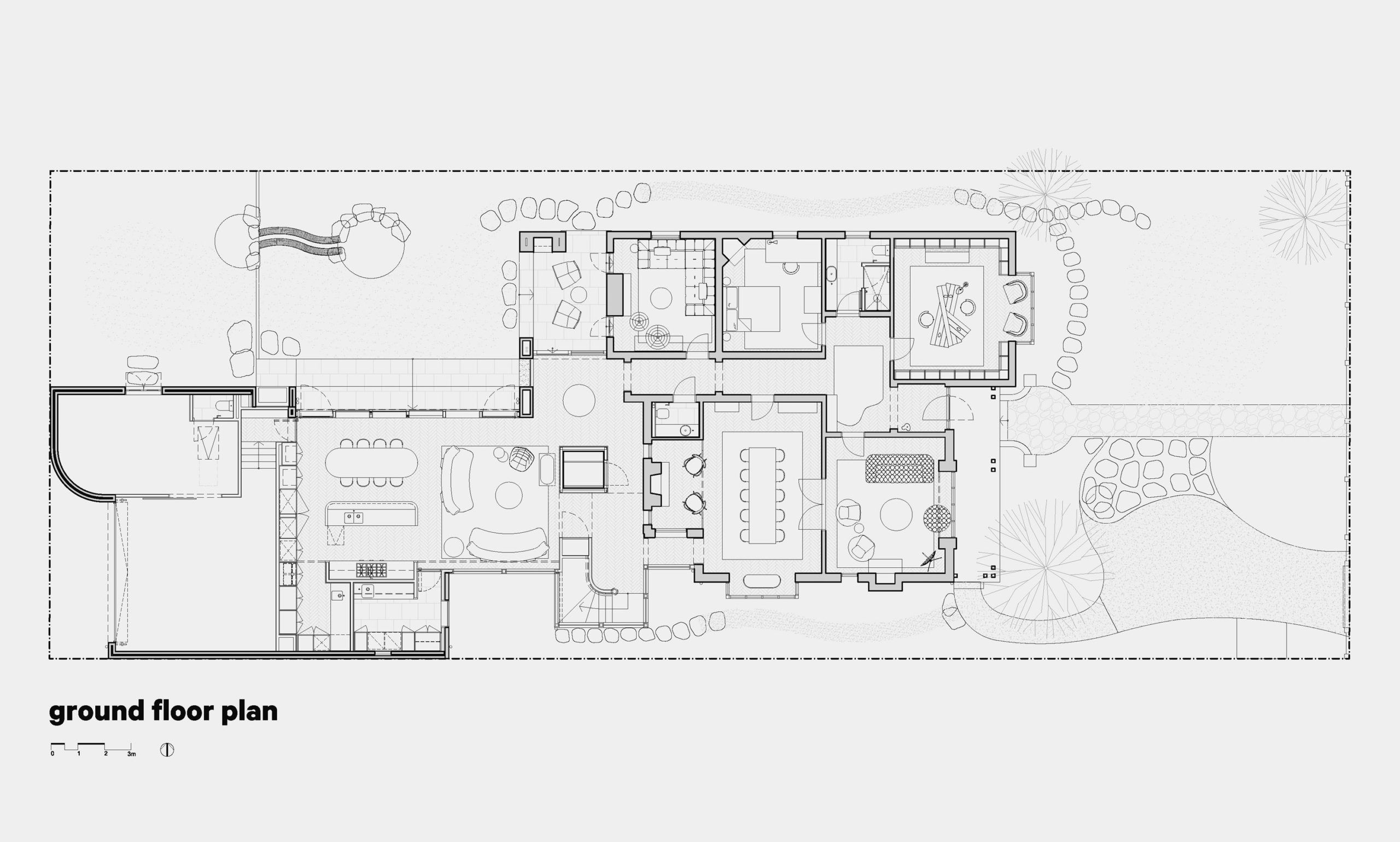 Susan Wheatley Returns to UK as DOSM of The Peninsula London

Dodging the Deer with Containers