Sixt to launch robotaxis in Munich with Intel partnership 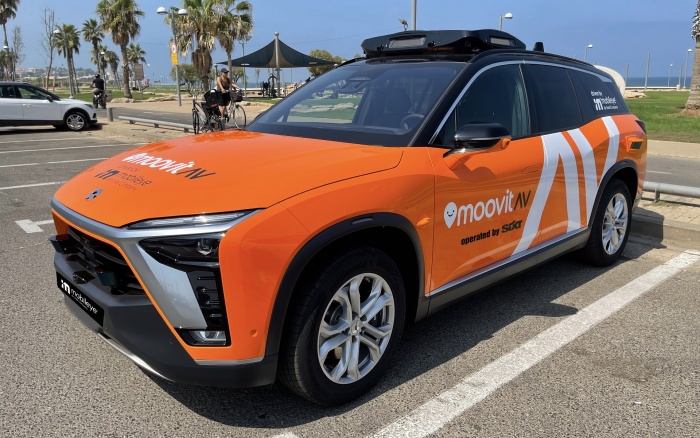 The deal was confirmed during a keynote at IAA Mobility, alongside Intel chief executive, Pat Gelsinger.

The collaboration between Intel subsidiary Mobileye and Sixt, an international provider of mobility services headquartered in Germany, also aspires to scale driverless ride-sharing services across Europe later this decade.

Riders will be able to access the service via the Moovit app as well as the Sixt app.

The autonomous robotaxi option will be part of the ride-hailing service Sixt ride and was demonstrated during a keynote walk-on.

Mobileye also unveiled the vehicles – branded with MoovitAV and Sixt – that will be produced in volume and used for the robotaxi service in Germany.

It is the first time Mobileye has publicly displayed its fully integrated self-driving system, known as Mobileye Drive, in a vehicle that will be used for commercial, driverless ride-hailing services.

The fleet will thereafter move from test to commercial operations upon regulatory approval.

“Our ability to begin robotaxi operations in Munich next year would not be possible without this new law.”

Mobileye will own the robotaxi fleet used in the Munich service, while Sixt will draw upon its established expertise in providing, maintaining and operating the fleet.

Alexander Sixt added: “We are delighted to leverage the remarkable technology leadership of Mobileye to bring driverless mobility to customers in Germany and beyond.”