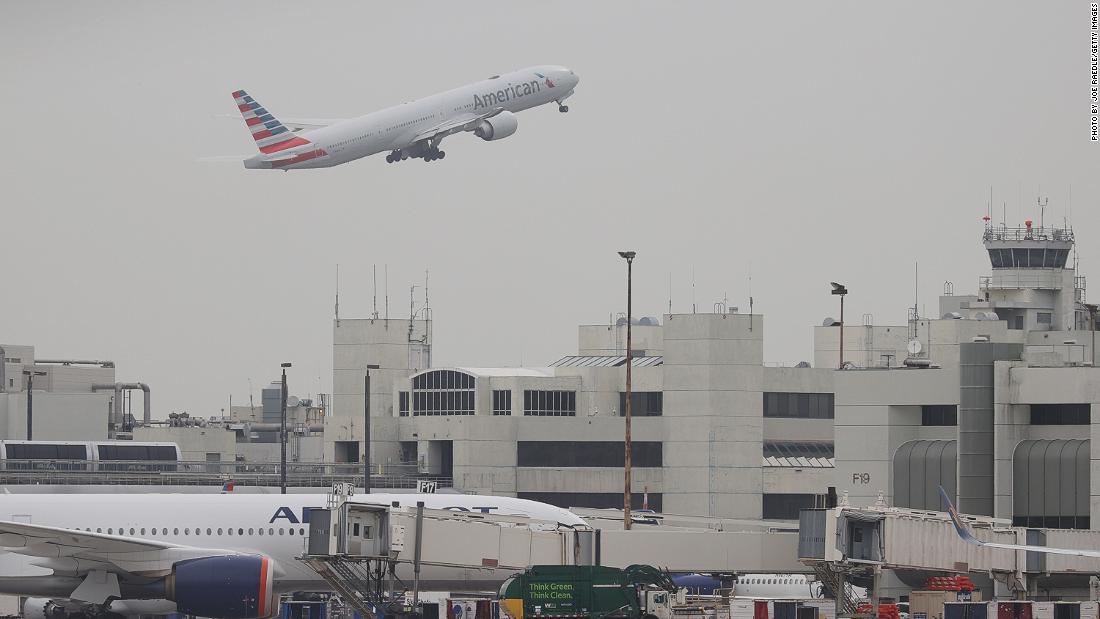 (CNN) — Federal authorities want passengers to know that thousands of violent outbursts on commercial flights are not only a problem for flight attendants, but they distract pilots from keeping the entire flight safe.

The FAA says the dramatic video features actual recordings of flight crews informing air traffic controllers of emergency situations in the passenger cabin, interspersed with audio of in-flight scuffles that continue to surface on social media.

“We’ve got a disruptive customer in the back,” says the voice of one unidentified flight crew in the video. “Declared an emergency, we’d like to divert.”

The new video comes as the number of unruly passengers on board commercial flights continues to soar. New FAA numbers released Tuesday show there have been 3,988 reports by flight crews this year, an increase of 99 reports in the last week. More than 73% of the reports are over the federal transportation mask mandate, which was just extended to remain in place through January 18, 2022.

“The moment that it happens in the back, the attention of the whole crew goes to that,” American Airlines’ Captain Dennis Tajer, of the Allied Pilots Association, told CNN. “The first thing you want to do is not distract from your primary duties,” chief of which is “keeping this airplane safe.”

The FAA instituted a zero-tolerance policy against unruly passengers at the start of this year, and so far has proposed more than $1.2 million in fines. Unions representing pilots and flight attendants have called on the Justice Department to step in and pursue criminal charges.

“Making these prosecutions public will put a spotlight on the serious consequences when breaking the law and will act as an effective deterrent against future onboard disruptions,” the unions wrote in a letter this summer also signed by three groups representing airlines.

House Transportation Committee Chairman Peter DeFazio said DOJ prosecutions “would take some of the load off the FAA,” while also showing passengers and crewmembers that the incidents are taken seriously.

6 Beauty Essentials to Pack for a Last-Minute Getaway

Michelle Rodriguez, 43, Is All Smiles While Looking Fierce In Brown Bikini On A Yacht — Photo