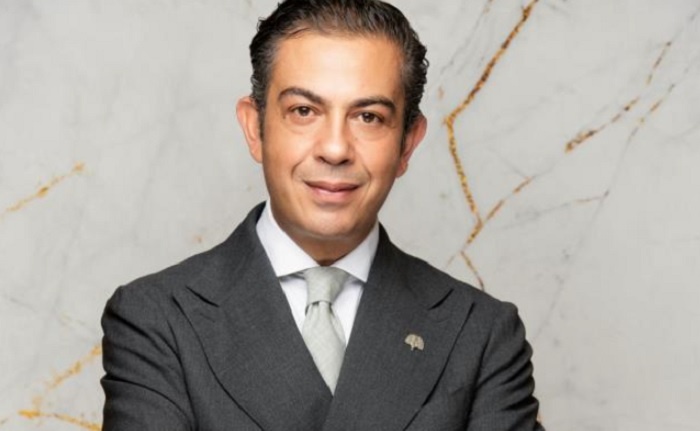 Raffles the Palm Dubai has announced the appointment of Ayman Gharib as managing director ahead of its opening.

Launching in quarter four of the year, the former Kempinski Emerald Palace is palatial beach resort located on the West Crescent of the Palm Jumeirah.

As the newly appointed managing director, Gharib will lead the team at Raffles the Palm Dubai in providing an exceptional experience both for Raffles’ well-travelled guests and for local residents.

He joined the Raffles team in 2009, bringing with him more than 20 years of hospitality experience and a deep understanding of the luxury hotel industry.

His career with Raffles began with a management role overseeing all of the food and beverage operations at Raffles Hotel in Dubai.

In 2011, Gharib took on the role of hotel manager at Raffles Hotel Dubai and was subsequently named general manager in 2014.

Gharib said: “I am very excited to be a part of this new journey with Raffles within the luxury hospitality arena.

“I believe that what gives a hotel its character is the service, standards and interaction of each team member with guests for a truly memorable and enjoyable experience.

“Raffles The Palm Dubai will ensure that every stay is exceptional, where everyone arrives as a guest, leaves as a valued friend and returns as family.

“Each guest can rest easy knowing that they can expect the very best and more during their stay, from check-in to check-out.”

Raffles the Palm Dubai is designed to offer the highest levels of comfort, with the finest European and internationally-sourced furnishings and materials used throughout the property.

Raffles chief executive, Stephen Alden, added: “I’d like to congratulate Ayman on his new role as managing director of Raffles the Palm Dubai, to which I know he will bring the passion and dedication that he has demonstrated throughout his past 12 years with Raffles.

“His experience in the region will be invaluable in strengthening our reputation as a trusted partner, as well as enabling our well-travelled guests to make vibrant new discoveries.”

Virtual blind dates to video meets, how Covid-19 has changed the way S’poreans fall in love