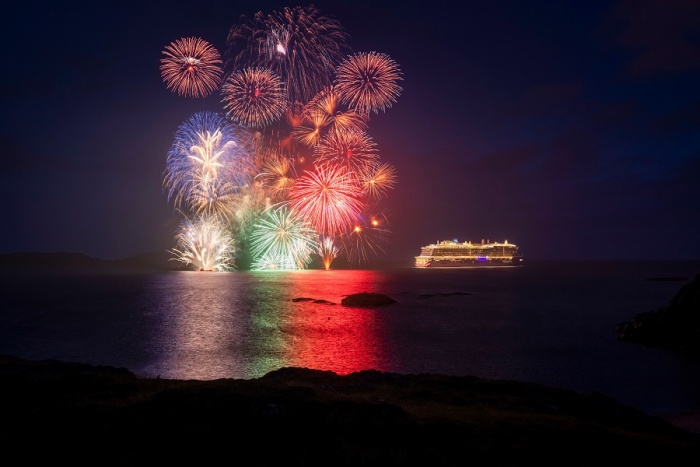 The ship is visiting her Scottish namesake island, with a fireworks display as the highlight of celebrations.

P&O Cruises president, Paul Ludlow, said: “Iona’s maiden voyage is the start of a new era in travel as Britain’s most environmentally-friendly cruise ship, the first in the country powered by liquefied natural gas, sets sail.”

The ship is at anchor adjacent to the island of Iona ahead of commencing scenic cruising around the Isle of Colonsay, Lochbuie, Duart Castle, Tobermory, Bac Mòr, Fingal’s Cave, Sound of Jura, Claggain Bay, Mull of Kintyre and Sanda Island.

Iona also features the first gin still on a cruise ship, created in association with Salcombe Gin, distilling tailor made spirit on board.

The gin’s maiden production will take place in Iona’s custom-made still and will be distilled, bottled and labelled on board.

This atmospheric late-night music venue will offer an opportunity for up-and-coming musicians to get their break.

After an inaugural season of UK coastal cruises Iona will offer holidays to Spain and the Canary Islands from September 2021.