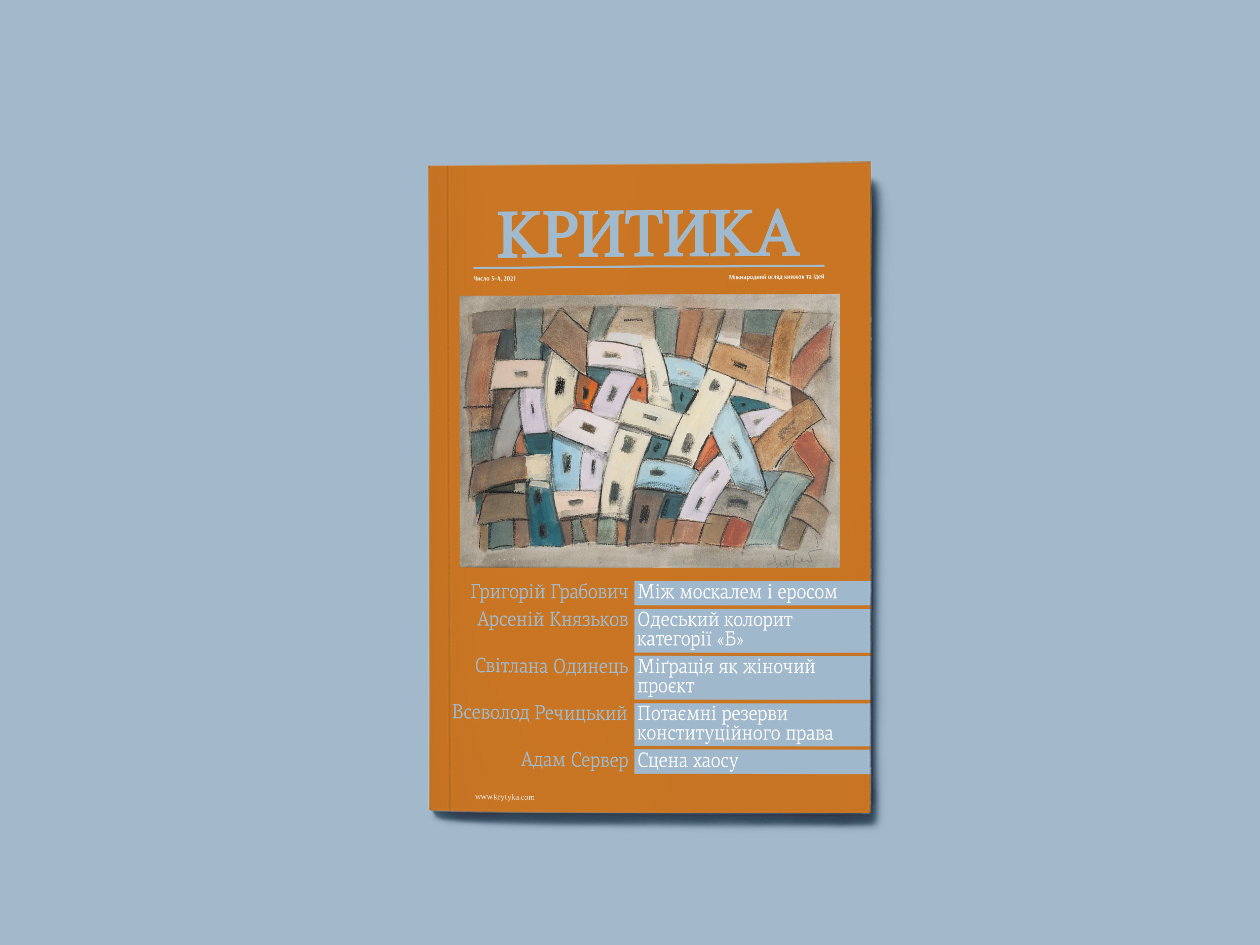 In Krytyka, Svitlana Odynets reads Cinzia Solari’s On the Shoulders of Grandmothers: Gender, Migration, and Post-Soviet Nation-State Building. The book’s main contribution, writes Odynets, is its analysis of the subject from a women’s perspective and in women’s words, far from the usual victimizing cliches and misogynistic tropes of irresponsible mothers.

Solari explores the role played by female migration in Ukraine’s transition from socialism to a free-market economy, through the strengthening of the neo-traditional Ukrainian social model, in which women are primarily caregivers for breadwinning men. While perfectly adapted to the new economic realities, this model has at the same time legitimized the marginalization of women in the labour market, argues Solari.

In the early 2000s, most Ukrainian women migrants were over 45, which is 10 to 15 years older than the average age for Moldovans, Romanians and Poles. Ukrainian women also remained abroad for much longer (between 10 and 15 years). Most were university graduates, a fact perhaps surprising to westerners, however not uncommon in eastern Europe.

For Solari, Ukrainian female emigration is another example of how global inequality is reproduced in local contexts through collective practices and norms. For instance, perceptions of emigrants mostly depend on their country of destination. Women who went to the United States tend to be perceived as soon-to-be successful in ‘the first world’, while those who went to western Europe are often seen as neglecting their gendered obligations. Hence, while the diaspora in Italy tries to maintain contact with the home country, its counterpart in the United States focuses on assimilation.

Arseniy Kniazkov’s focuses on the Russian TV series Liquidation (2007, directed by the filmmaker Sergei Ursuliak), a post-WWII crime thriller set in Odessa and a cult classic both in Russia and Odessa – despite being banned from distribution in Ukraine.

Kniazkov coins the term ‘odessploitation’ cinema to analyse how Odessa’s film industry tries to make a name for itself on the global film scene. Liquidation, writes Kniazkov, was caught in ‘a trap of memory’, with a screenwriting and photography presenting an accumulation of facts with little reflection on them. Odessa seems to reappropriate its own myth, but at a price: allowing ‘soft occupation’ by depicting its provincial present to praise its imperial past. Kniazkov wonders how Odessa will find its identity in the twenty-first century, despite the unanswered questions still being raised about the nineteenth.

Anna Lypkivska, a famed and brilliant Ukrainian theatre critic, died in March as a result of severe complications from COVID 19. Lypkivska, writes Hanna Veselovska, was influenced by her family – great-grandfather Vasyl Lypkivsky, founder of the Ukrainian Autocephalous Orthodox Church and grandmother Kateryna Osmialovska, renowned for her first role as Natalka Poltavka in the eponymous opera by Mykola Lysenko.

Lypkivska’s theatre criticism was so admired that it emboldened her to stage Max Frisch’s Santa Cruz. Her experience led her to the writing of her book The World in the Mirror of Drama, where she shared her vision of the dramatic arts, alongside more personal reflections and thoughts. The book has since become a reference in Kyiv drama school curricula, where she taught.

This article is part of the 12/2021 Eurozine review. Click here to subscribe to our weekly newsletter to get updates on reviews and our latest publishing.