Cassandra in ‘Wayne’s World’ ‘Memba Her?! 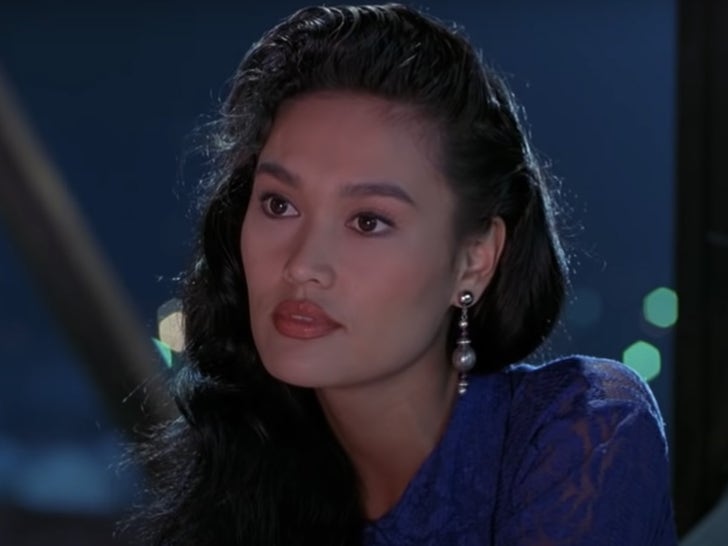 Hawaiian hottie Tia Carrere was only 25 years old when she rocked her role as the sexy singing girlfriend Cassandra Wong — who fronts the band Crucial Taunt and is pursued by the slick and sleazy big-wig Benjamin — in the classic 1992 comedy “Wayne’s World” and the 1993 sequel “Wayne’s World 2.”

TC shared the big screen with some big-named actors including Rob Lowe as the smarmy suit, Benjamin Kane … and of course Mike Myers and Dana Carvey as the show-hosting best friends Wayne Campbell and Garth Algar.

Before her role in the rock movies Tia could be spotted in over thirty episodes of the TV soap “General Hospital” as Jade Soong in the late ’80s.

Guess what she looks like now at 54 years old!