Two of the Rarest Stamps in Existence Come to Market

The British Guiana One-Cent Magenta and the 1918 24-Cent Inverted Jenny Plate Block: two ‘holy grail’ postage stamps, on offer from the personal collection of renowned fashion designer and entrepreneur Stuart Weitzman. Printed in 1856, the British Guiana One-Cent Magenta is considered the world’s rarest stamp; it’s unknown how many one-cent British Guinanas were printed, but only one – the present example – is known to exist. An American treasure, the 1918 24-Cent Inverted Jenny Plate Block is notable for being the first United States airmail issue and the most highly recognized and sought-after philatelic error; the plate block is the most famous and valuable item in United States stamp collecting. Join renowned Philatelist Robert Scott as he divulages the remarkable histories of these two magnificent stamps, which will be offered in a live auction, Three Treasures – Collected by Stuart Weitzman, taking place 8 June 2021 at Sotheby’s New York. 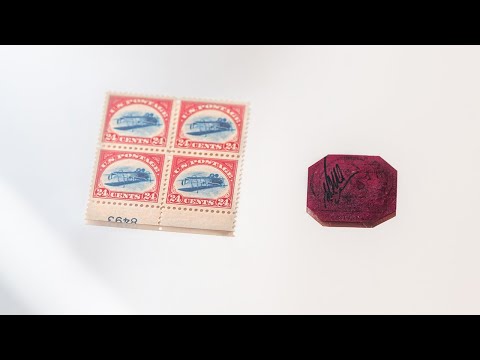 How to Stop Being Angry at Yourself and Others