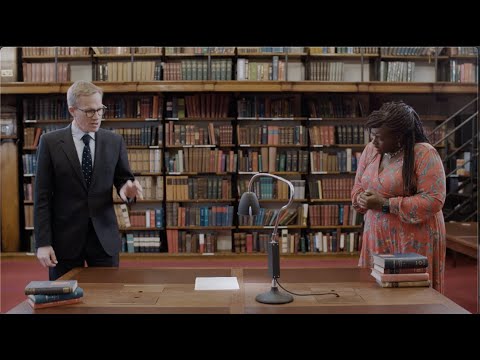 ‘To be standing in front of something he wrote gives me goosebumps,’ says space scientist Dr. Maggie Aderin-Pocock, discussing with specialist Thomas Venning an unknown manuscript that has ‘slept in obscurity for 300 years’. In May 1694, the Scottish mathematician and astronomer David Gregory visited Isaac Newton in Cambridge. Over the next six days, following discussions with the young scientist, Newton made extensive revisions to a work that had shaken the very foundations of science when it had first been published seven years earlier. The work in question was the Philosophiae Naturalis Principia Mathematica, in which Newton attempted to explain the movement of everything in the universe, from a pea rolling on a plate to the planet Pluto. It was a remarkably ambitious and fiendishly complex task, and the results were startling. Taking inspiration from Principles of Philosophy by René Descartes, in which the French thinker set forth the laws of nature, Newton challenged himself to formulate three simple laws of motion that took in the concepts of inertia, acceleration, force, momentum and mass. ‘When the Principia was published in 1687, it was groundbreaking,’ says Christie’s head of Books and Manuscripts Thomas Venning. ‘It changed the way we do science.’ On 8 July, Christie’s is selling a manuscript containing the revisions Newton made to the Principia during those six days with Gregory. Learn more: https://www.christies.com/features/a-handwritten-document-by-Sir-Isaac-Newton-11695-1.aspx?sc_lang=en#FID-11695 — Subscribe to Christie's YouTube: http://goo.gl/Vmh7Hf Sign up to Christie's Weekly: https://goo.gl/kc8qpV Follow Christie's on: Facebook: https://www.facebook.com/Christies Twitter: https://twitter.com/ChristiesInc Instagram: https://www.instagram.com/christiesinc Pinterest: https://www.pinterest.co.uk/christiesinc

American Horror Stories: Everything We Know About the AHS Spinoff