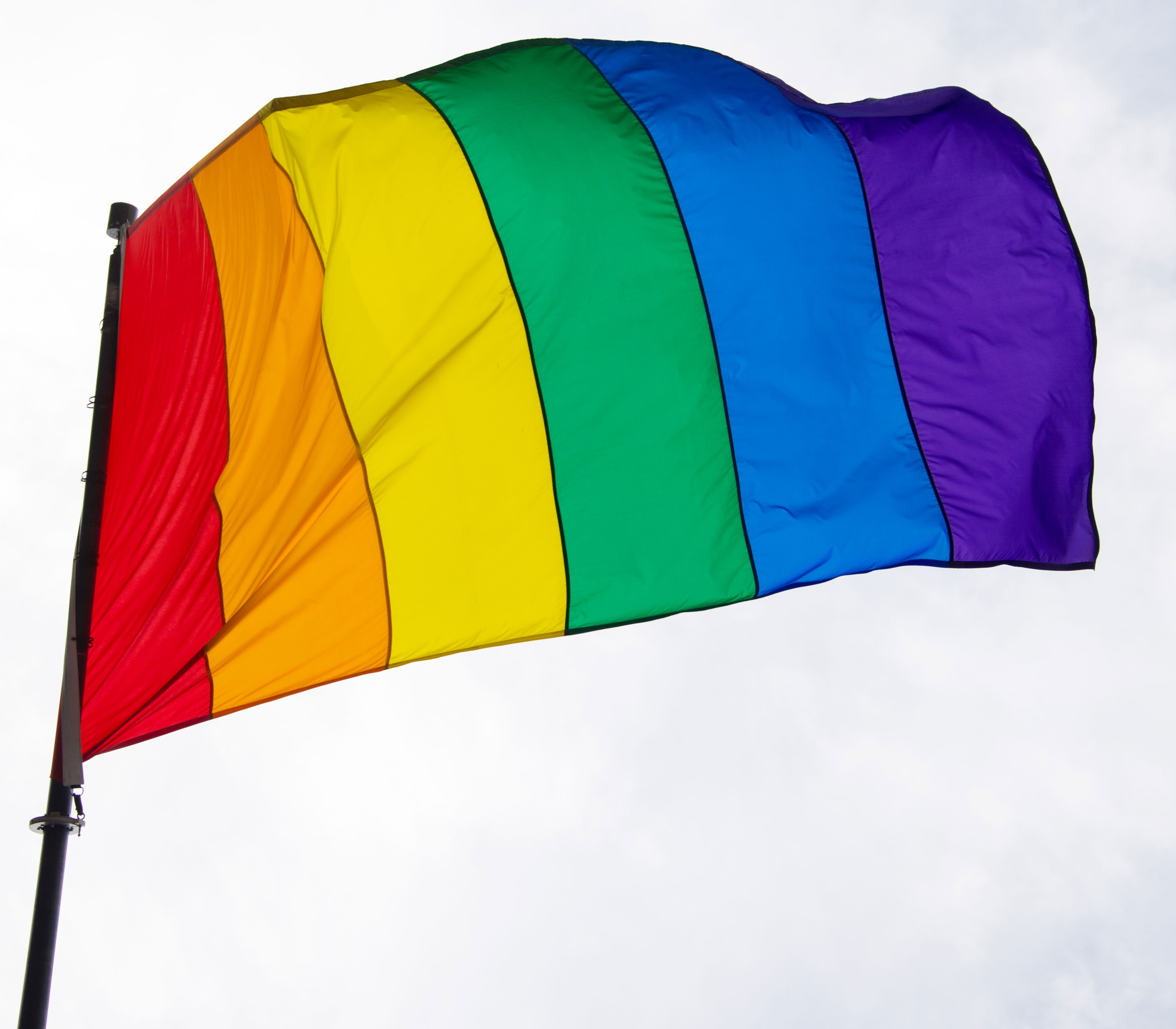 Here are some of the biggest online parades, shows and ceremonies to tune into during Pride Month this year.

COVID-19 has squashed plans for in-person Pride festivals across most of Canada once again, but queer folks are resilient and we won’t let a global pandemic get in the way of a good celebration. From pet clubs to drag shows, dance parties and Two-Spirit sharing circles, queer people across the country are finding new ways to maintain community during Pride Month Canada 2021 despite physical distancing.

Here are some of the most exciting virtual events for Pride Month Canada 2021. And best of all, they’re all free! Keep checking back for more — this list will be updated as new events are announced.

The scoop: This year’s 2Spirit Pride is a special edition of Tygr Willy and Weird Alice Yankadic’s magnificent Indigiqueer and 2-spirit variety show Thirst Nation. The pair of performer-slash-producers are co-hosting the event, which has a stacked lineup including Feather Tahlia and Veronica Johnny.
When: June 18, 2:30 p.m.
Find it: pridetoronto.com

The scoop: The Queer Yukon Society has a full schedule of ongoing digital programming to keep queers up north connected during the pandemic, including the cutest event on any Pride calendar in the country — an LGBTQIA2S+ pet club. The best part? You don’t even need to be a pet parent to join in and make new furry friends.
When: Ongoing, the first Monday of every month
Find it: Zoom via queeryukon.com

The scoop: The fun-loving folks at Yohomo are masters of nightlife curation, so the collective’s own mini Pride party is sure to be a rager. The party will include DJ sets from Yohomo’s own Armand Digdoyo and Phil as well as Young Teesh, plus performances from Tygr Willy and Mango. Videographer, DJ and New Ho Queen co-founder Lulu Wei is one of several artists providing visuals.
When: June 26, 9 p.m.
Find it: pridetoronto.com

Kick Your Boots Off: A Country Drag Show

The scoop: The Tegan and Sara Foundation has funded a five-week virtual cook-along series for Fredericton Pride. The organization is delivering free ingredients to New Brunswick queers who want to participate, starting with pancakes on June 6.
When: June 6 and 20, July 4 and 18, August 1
Find it: Zoom via Fierté Fredericton Pride

The scoop: The Pride group QLink in Windsor-Wessex has an ongoing program of digital drop-ins, counselling services and activities like crafting nights. Among the programing is a virtual circle for Two-Spirit folks and their families, friends and allies. The events include traditional teachings, music and games.
When: Biweekly on Mondays, 7 p.m.
Find it: Zoom via QLink Windsor-Essex

The scoop: Pre-pandemic, New Ho Queen’s parties were a sensation in Toronto’s queer scene. Throughout COVID-19, the queer Asian collective has rallied against racism via digtial activism and partnered with organizations like the Reel Asian Film Festival on digital events. Back in action for Pride, New Ho Queen’s official Pride Toronto stream is not to be missed.
When: June 19, 9 p.m.
Find it: pridetoronto.com

The scoop: Vancouver’s Van Vogue Jam is hosting its summer ball in late July in partnership with the Vancouver Pride Society. This ball will be hosted by Posh Gvasalia of the Kiki House Of Gvasalia and have DJ Blackcat and DJ Softishan on the decks. The group’s past balls have featured international ballroom icons like Leiomy Maldonado and west coast drag stars like Kendall Gender and Rose Butch. And keep an eye on Van Vogue Jam’s socials for info on its upcoming VVJ Ballroom Talk Series with folks like Twysted.
When: July 31, 6 p.m.
Fees: By donation
Find it: vanvoguejam.com

The scoop: Buddies in Bad Times is helping close out Pride’s busiest weekend with the long-held gay tradition of the Sunday tea dance. Hosted by the exuberant, charismatic theatre artist Ryan G. Hinds, the Buddies Tea Dance may be your only chance this Pride to hang with queer Toronto’s most beloved bartender, Buddies’ own Patricia Wilson. Plus, performances by boylesque performer Wrong Note Rusty and self-proclaimed human disaster Bombae.
When: June 27, 5 p.m.
Find it: Gather via buddiesinbadtimes.com

‘Out’ in the Country

The scoop: Pride extends well beyond big circuit parties in major cities; small towns all over Canada host festivals and programming that are vital to keeping rural queers safe and connected to their communities. Case in point: Kincardine Pride’s ‘Out’ in the Country Webinar series this June, including an educational event on the importance of Pride in rural Ontario.
When: June 24, 7 p.m.
Find it: Kincardine Pride Facebook

The scoop: Pride is a rare chance to see an excess of top-tier queer musicians all on one stage. This year the stage is digital and the format for Pride Live is music video-style performances. Featuring singer-songwriter, dancer and occasional model Roney X (a must-follow on Insta) and Tafari Anthony, whose single “Centrefold” off his new EP The Way You See Me should already be on your Pride playlist.
When: June 19, 4:30 p.m.
Find it: pridetoronto.com

The scoop: Too many Pride events centre the queer community’s most profitable consumers: white, cisgender gay dudes. The Dyke March has always created space for those who fall outside that narrow scope and in recent years it has focused on inclusivity even among dykes — all self-identified dykes, including trans dykes and non-binary dykes are welcome. With speeches, spoken word performances and even the live creation of a painting, 2020’s Dyke March was one of the most politically-charged and moving parts of the digital festival and this year’s march is sure to be as well.
When: June 26, 1 p.m.
Find it: pridetoronto.com

The scoop: There’s plenty of Pride events for families, even in the digital world — and free, open events like the Kitchener Public Library’s drag queen storytime mean that queer families and allies can tune in even if they’re not physically close to a major Pride festival. KPL’s storytime is hosted by Fay & Fluffy, who are widely admired in the drag storytime space. Families on west coast time, meanwhile, can check out Pride Calgary’s Reading With Royalty event.
When:Find it: Zoom via KPL.org

The scoop: Curated by Yohomo’s Phil Villeneuve (who you may know as Dancing Phil), the 2020 Drag Ball features an eclectic mix of Toronto’s best drag performers, from the queen of the west end, Allysin Chaynes, to drag king sensation Manny Dingo, the queer messiah himself Gay Jesus and high fashion club kid Bombae. Hosted by Canada’s Drag Race’s BOA.
When: June 26, 7 p.m.
Find it: pridetoronto.com

The scoop: Lavender has a reputation for throwing some of the best queer parties in Toronto. The  series, which is for queer women and people of all genders, hosts an official Pride stream on Saturday, June 19 (1 p.m.). Then on June 21, it’s celebrating three years of sweaty, joyful parties with the launch of a zine that documents community memories of Lavender.
When: June 21, 8:30 p.m.
Find it: Zoom via Glad Day TV

The scoop: Pride events typically revolve around drinking, but there’s been a rise of sober queer folks in recent years and creating spaces for them, even in the digital world, is crucial. That’s exactly the aim behind Pride Toronto’s official Sober Pride event, which will celebrate milestones in sobriety.
When: June 19, 1 p.m.
Find it: pridetoronto.com

The scoop: If 2020’s Pride season taught us anything, it’s that Pride is intrinsically linked to Black Lives Matter and other social justice movements that seek social equity, just like Pride. In Ontario this year, film director Steve Haining has partnered with Pride Hamilton for a special, politically-charged stream on Juneteenth titled “I Can’t Breathe” (The title is, of course, a common refrain associated with the Black Lives Matter movement originating from the shooting of Eric Garner.)
When: June 19
Find it: More info to come via Pride Hamilton

The scoop: Pride Toronto is marking Indigenous People’s Day with a circle discussion led by Elder Blu Waters with 2S and Indigiqueer leaders from 2-Spirited People of the 1st Nations Leadership Building Initiative — Kiley May, and Shane Lyon. The livestream event will also feature traditional Anishinaabe singing from Kiyana Johnston and Anishinaabe dancing from Nenookaasi.
When: June 21, 6 p.m.
Find it: pridetoronto.com

The scoop: Fresh off releasing a banger music video for her new single “Cake,” Canada’s Drag Race season one winner Priyanka is serving as the host for Pride Toronto’s digital parade. The parade will also feature singer-songwriter iskwē and Canadian indie pop it-girl Allie X. Later in the evening catch the incomparable Tynomi Banks presiding over the closing ceremony.
When: June 27, 2 p.m.
Find it: pridetoronto.com

Editor’s note: This article contains several different stylings for the term Two Spirit. Like the concept itself, the styling of Two Spirit is a matter of personal preference and self-definition. As such, FASHION has used the stylings provided by the artists and producers whose events are featured within the article.

Outlander Season 6: Everything We Know

On the 100th Anniversary of the Tulsa Massacre, The Body Remembers

Hannah Waddingham Shows Her Soft Side

Nordstrom’s Anniversary Sale Has the Best Deals on Ugg Slippers

What Zendaya and Tom Holland’s Relationship Is Like: They ‘Balance Each Other…