The Indian way to ‘maximise value’ 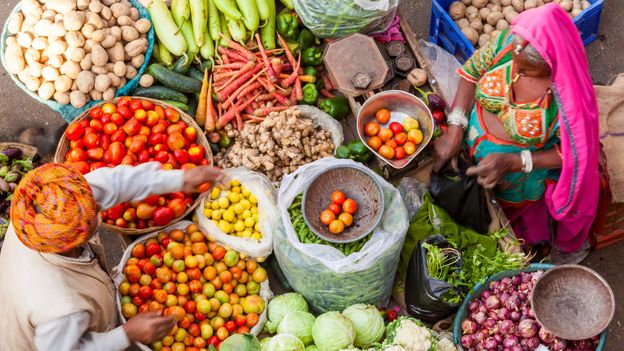 During my first weekend at my new apartment in Mumbai, I visited a local farmers market where I filled a basket with vegetables and spices. At the end of the line, I added a carton of eggs but didn’t have exact change for the vendor. He told me not to worry and to take them for free – I could just pay him back next week. His immediate trust surprised me, as did the unexpected sense of connection I had with a stranger, and his act of kindness made me a regular customer.

In India, there’s a cultural concept called paisa vasool that roughly translates to “value for money”. Paisa vasool, which reflects the local lifestyle of finding value in everything we have and making the most of every interaction, is often understood in financial terms. It describes how we can maximise the money we have already spent, from the satisfaction of enjoying the free breakfast at a hotel to the resourcefulness of adding water to shampoo so it lasts longer. It’s not about how much we pay for something, but instead how much we get out of it.

But paisa vasool also has an important human component. It’s “a lens into networks and ties in Indian society,” said Dr Ritu Birla, associate professor of history at the University of Toronto, one that focuses on the exchange between humans. Whether it’s taking advantage of a buy-one-get-one-free offer and gifting the second item to a friend or asking a doctor a few more questions to get extra value out of the consultation, there’s a sense of generosity inherent in paisa vasool. It’s a mindset that connects an incredibly diverse country.

So, when the vendor let me pay later for the eggs, I felt a sense of paisa vasool, having received added value from our interaction. There was a feeling of reciprocity: now that he had done me a favour, he received the value of my trust and the potential that I would become a loyal new customer.

This spirit of generosity is captured by the word barkat (blessing or abundance in Urdu), which is used to describe a philosophy around money. “We say that when there is barkat, when there is morality around the source and use of money, there is grace in the way it seems to stretch. There’s no sense of not having enough,” explained Dr Supriya Singh, honorary professor in sociology of communications at RMIT University in Melbourne, Australia. “In India, money is a medium of relationship.” Even if people don’t have very much money, they spend and share it with care.

India was once one of the richest countries in the world, but colonisation and corruption dramatically altered its economy. Over the last 50 years, the country has also been hit by financial crises and policies like demonetisation. Today, in a country where 60% of the population live on less than $3.20 a day, this financial uncertainty has created a culture in which people are careful how they spend their money.

“The rupee used to be a more powerful currency, and the older generation believes that things should cost less than they currently do. So, growing up, many young people have internalised that they should make the most out of what they spend,” said Nandini Shenoy, a brand strategist in Mumbai.

Additionally, in such a densely populated country, where it’s easy to feel anonymous walking the streets, personal relationships have become their own type of currency. “There’s a clear lack of trust with the government, but the lack of trust will not be seen with the people around you,” said Harshvardhan Tanwar, co-founder of No Footprints, a travel company in Mumbai.

You may also be interested in:
• The Asian city obsessed with hygiene
• The country that loves to overachieve
• A little-known ‘country’ inside India

This has created an informal economy, one beyond retail chains and superstores, where many people prefer to buy from local businesses and street vendors because of this personal touch. Shenoy has been going to the same corner store for decades. “I unimpeachably trust the store owner, who has known me since I was five years old, to not cheat me and treat me better than a large store, where I would be one of many nameless people,” she said. Even if Shenoy can find higher quality products at a large supermarket, she prefers the personal experience of buying from her local vendor, someone who will help her choose between options and tell her what products are not worth the money.

Paisa vasool also introduced me to a new kind of human connection with the people I buy from. There’s an inherent joy in talking to a human, not a business, as it makes the world feel a little smaller. After just a few weeks in the city, I found a new sense of comfort in small talk with local vendors. After only three visits, my tailor started joking with me when he hadn’t seen me in a few days. Soon, he was asking me how much I wanted to pay when I asked how much mending would cost. The first time I bought my weekly groceries from a new subziwalla (vegetable vendor), I came home to discover free kadi patta (curry leaves) in my bag.

“Business in India goes beyond transaction. It’s as much about the person as it is about the product,” said Tanwar. “In India, people invest in people as much as they invest in products or services.”

Tanwar goes to the indigenous fishing village of Worli Koliwada to buy his fish from a local Koli woman, and when she doesn’t have a good product, she tells him to buy from someone else. Her honesty comes at the cost of business, but she knows that she’ll keep him as a loyal customer. When he doesn’t have money on him, she says, “Pay me later. Money is the least part of our transaction.”

These types of informal exchanges at markets and street carts perfectly illustrate paisa vasool. “You are experiencing the whole world, as opposed to a flat franchise,” explained Dr Birla. When I walk through a bazaar, taking in the vibrant colours of shawls and saris and the percussion of bangles, it’s a sensory experience that feels valuable. I can buy bhutta (grilled corn) and, while I wait, have a moment of connection with the vendor who remembers that I like mine extra spicy. “It’s important to pay attention to the incalculable value of those contexts,” Dr Birla said.

When I first arrived in Mumbai, I searched online for tips and travel guides. But soon I started using paisa vasool to make the most of every experience. I spent an entire day in Kala Ghoda, a creative neighbourhood in South Bombay, taking the extra time to visit every spot on my list to maximise the value of my time and the cost of the taxi. After my friend hosted a workshop at Soho House, a members’ club in Juhu, we stayed for dinner to fully enjoy the members-only space. Their event organiser had left a voucher at the bar for us, so we bought drinks that exactly matched the tab. More than the satisfaction of saving money after an expensive dinner, it encouraged me to stay longer and savour the moment.

Visitors to India can also experience paisa vasool by immersing themselves in local culture and making the most of every interaction. Whether it’s going to a bazaar, taking public transport or being open to conversations with strangers, just taking one step further can help visitors tap into the magic of paisa vasool and with it, the true spirit of India.

Why We Are What We Are is a BBC Travel series examining the characteristics of a country and investigating whether they are true.