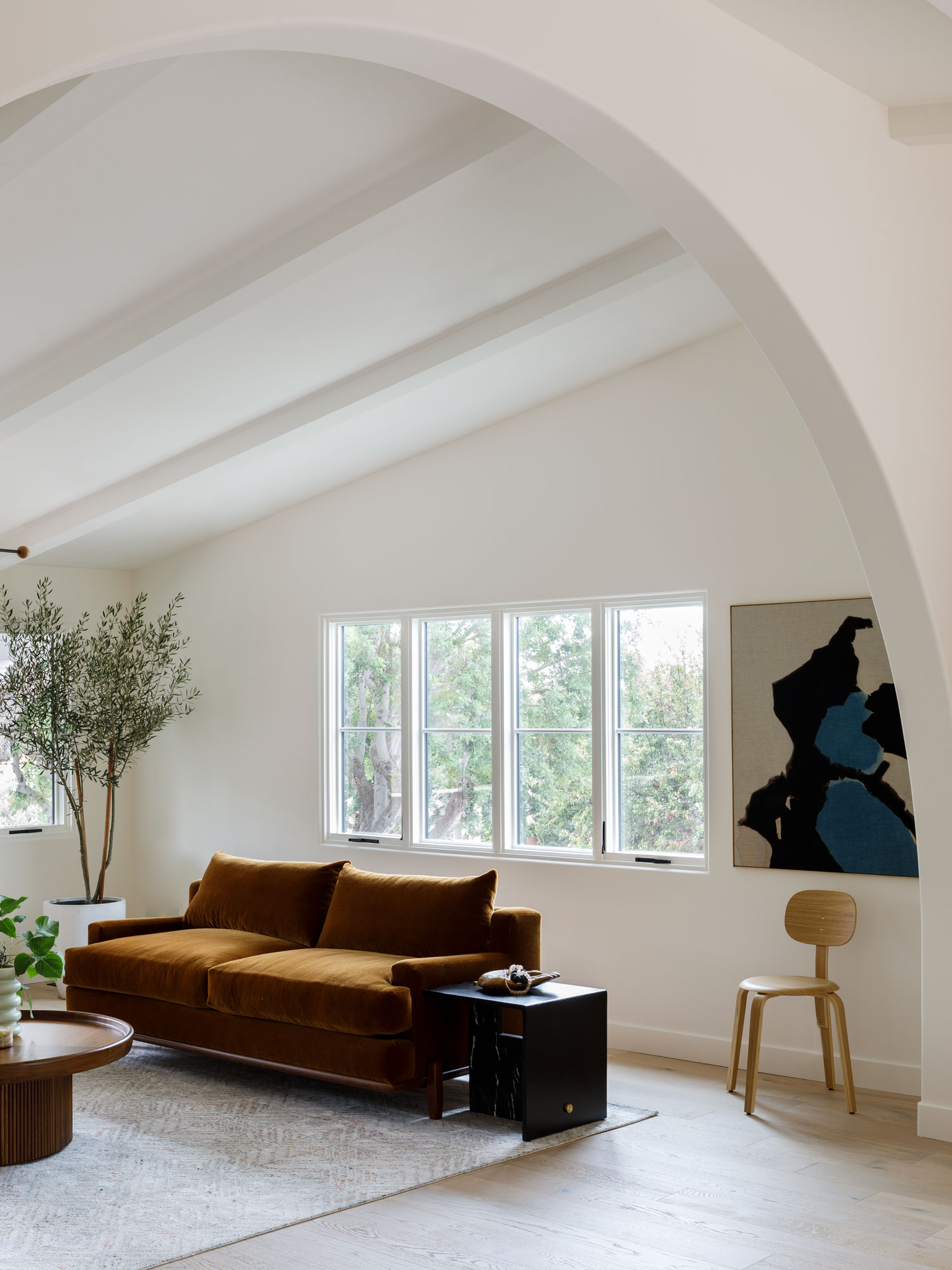 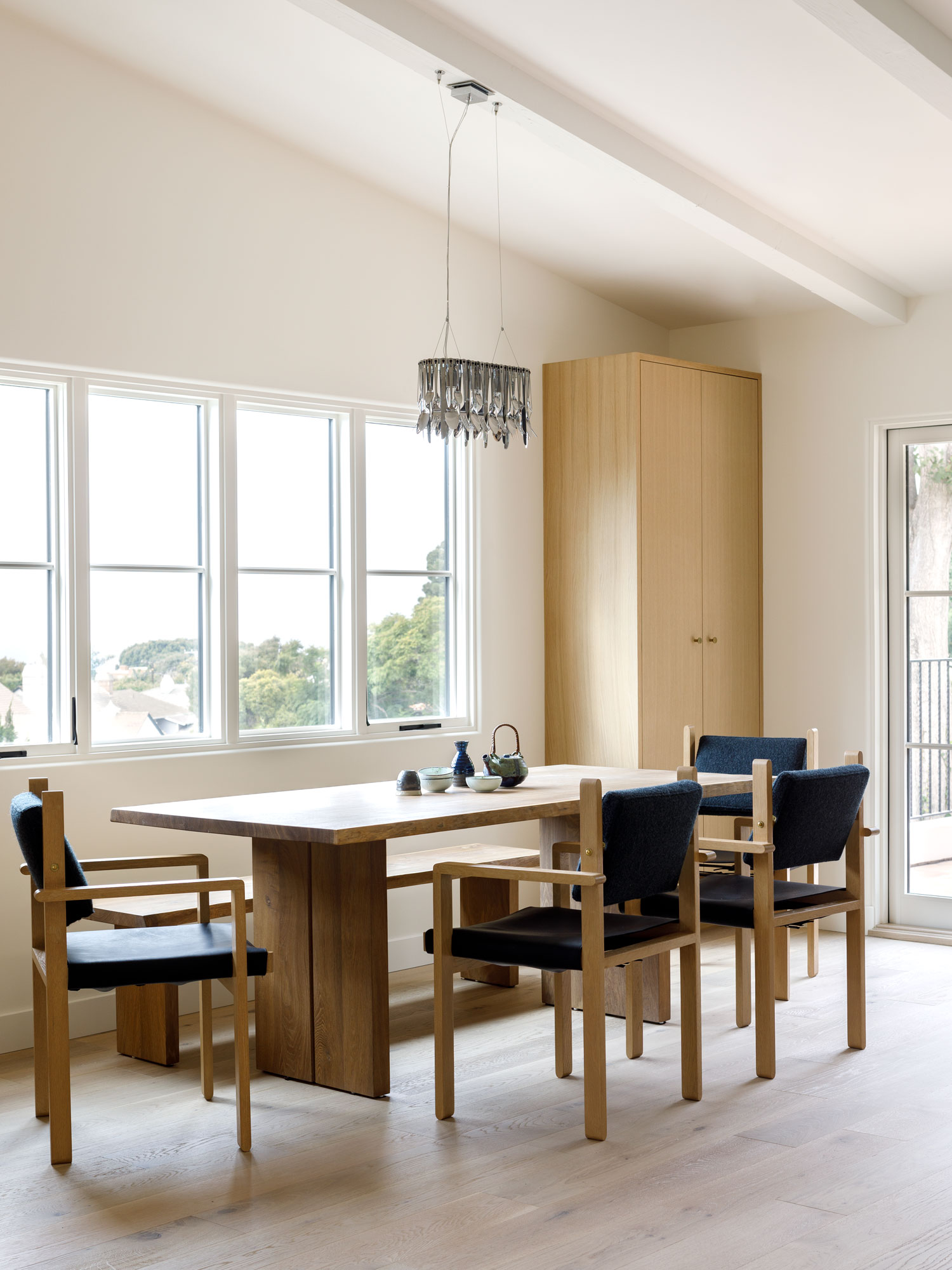 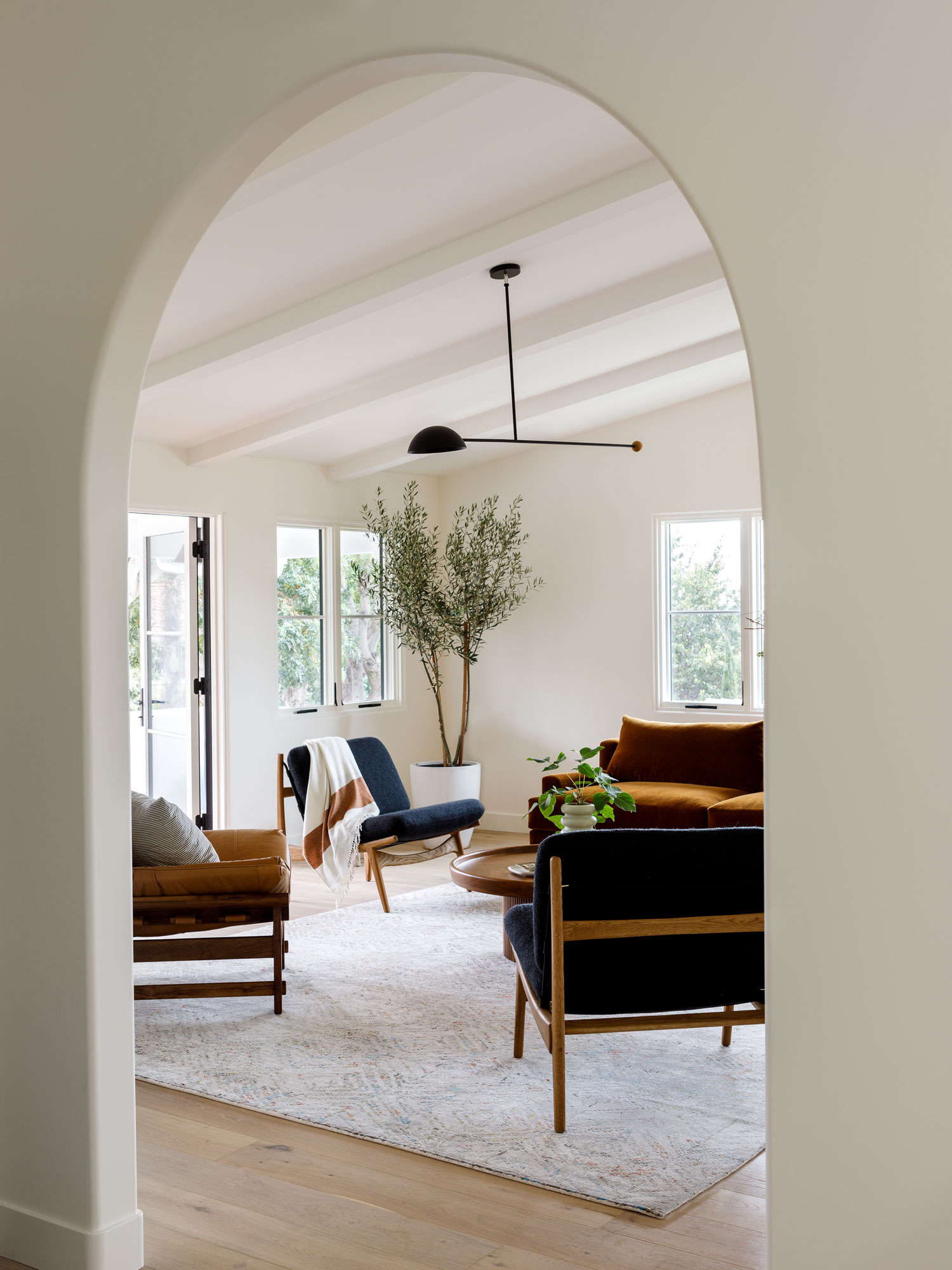 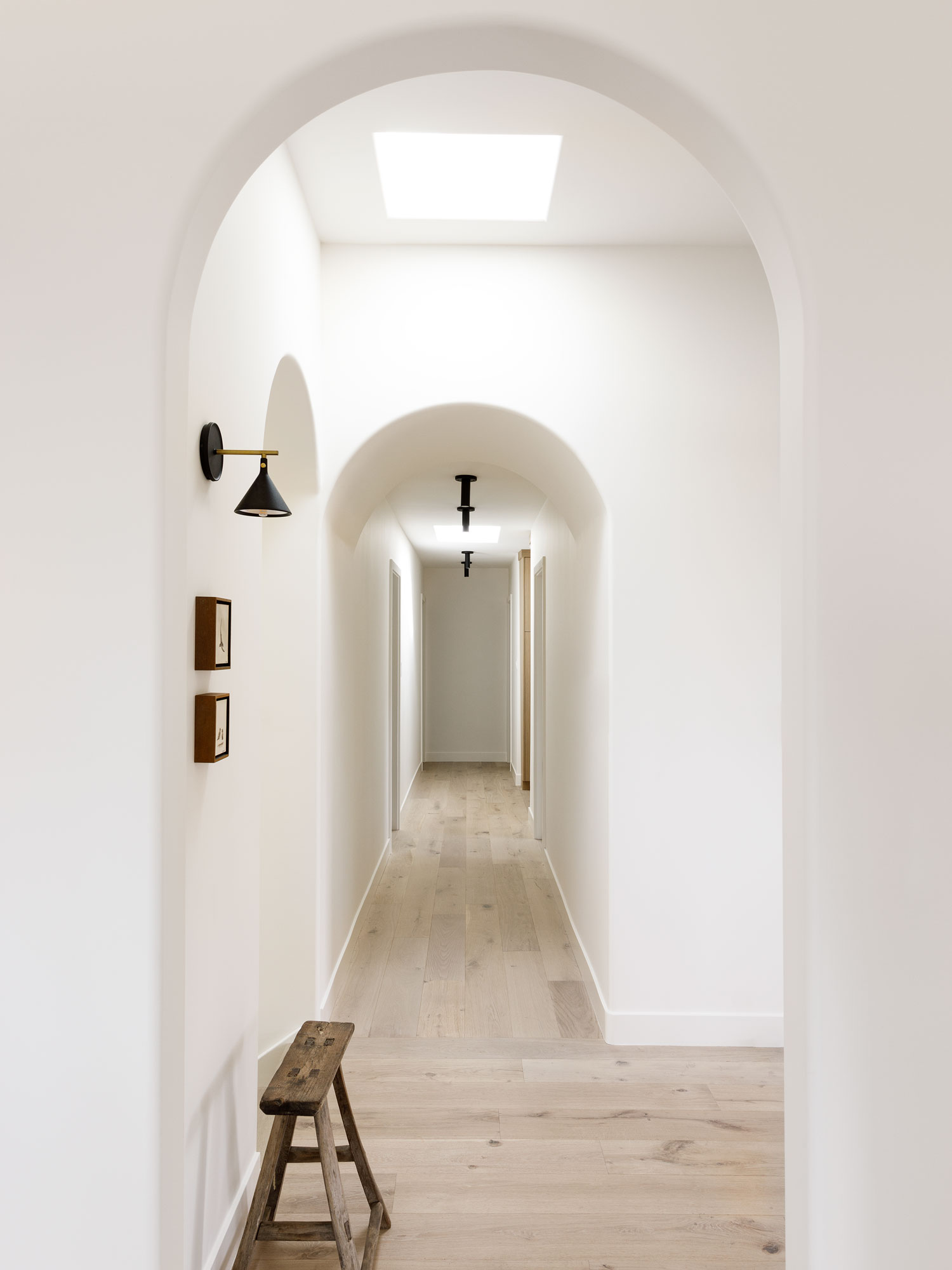 Situated on top of a picturesque rolling hill overlooking the ocean in the LA district of Palos Verdes Estates, a cohesive Italian-Mediterranean-Scandi-Japanese inspired home looks to the melodic stylings of Vivaldi’s “La Folia” to articulate its serene and well-balanced interiors.

La Folia, or ‘madness’ in Italian, references the original styling of the house, a veritable hodgepodge of mixed styles – think Spanish, 1970’s Brady Bunch and 1990s Colonial. The renovation – or rearrangement – as designer Beatriz Rose of Byrdesign describes it, channelled the spirit and elegance of this classic Baroque chamber piece. Home to a skilled violinist and meticulous physician, the abode captures the strong creative force behind their subtle demeanour.

Gentle curves and lofty proportions redefine the existing vernacular. A grand arch replaced the imposing 1970’s lava rock fireplace while the removal of a popcorn ceiling gave way to a voluminous ceiling with a series of shapely and graceful Roman arches. Inspired by the dreamy and surreal art of Giorgio de Chirico these sinuous domes gently frame the pastoral landscape of the surrounding Palos Verdes Estates. 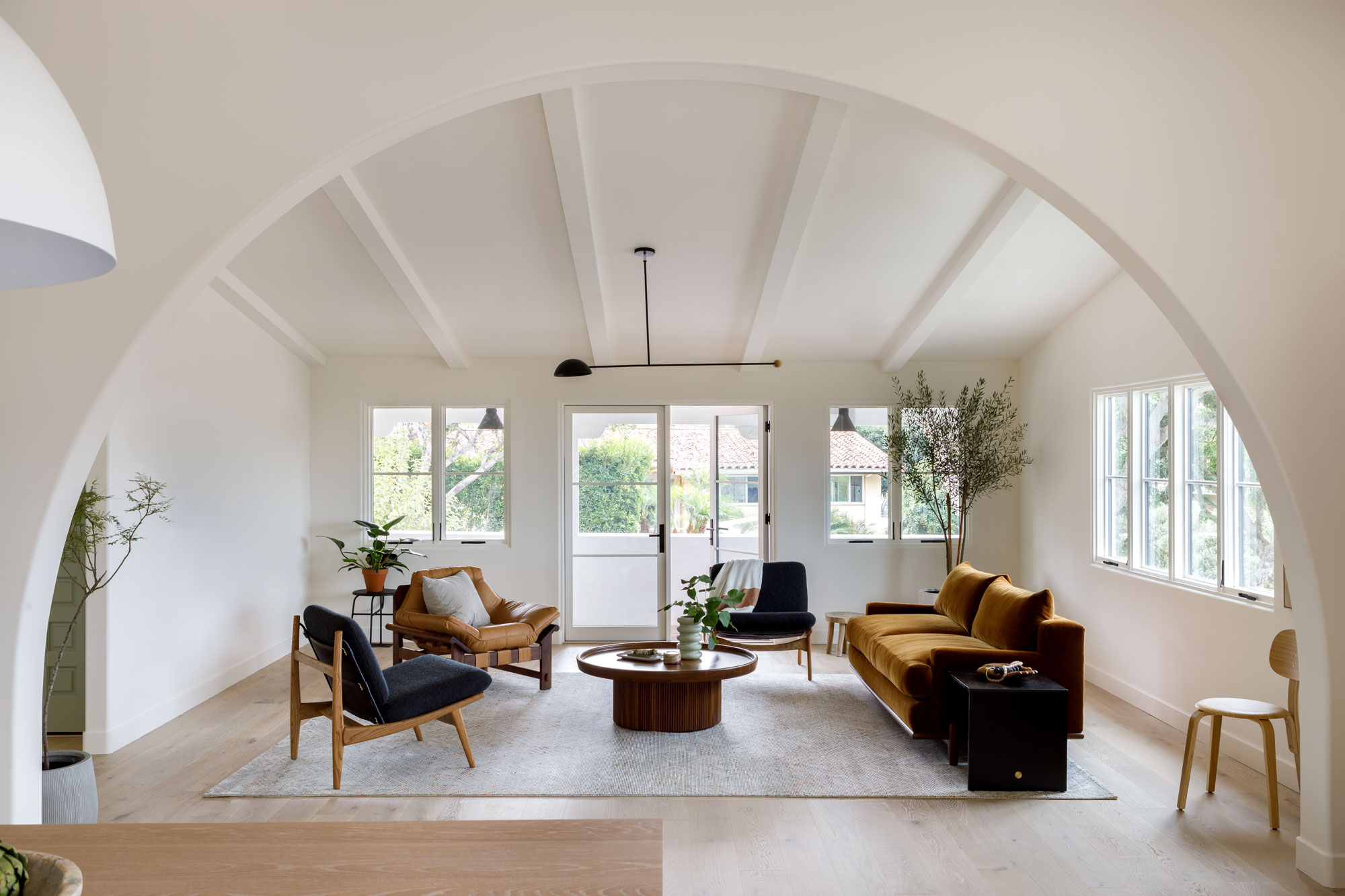 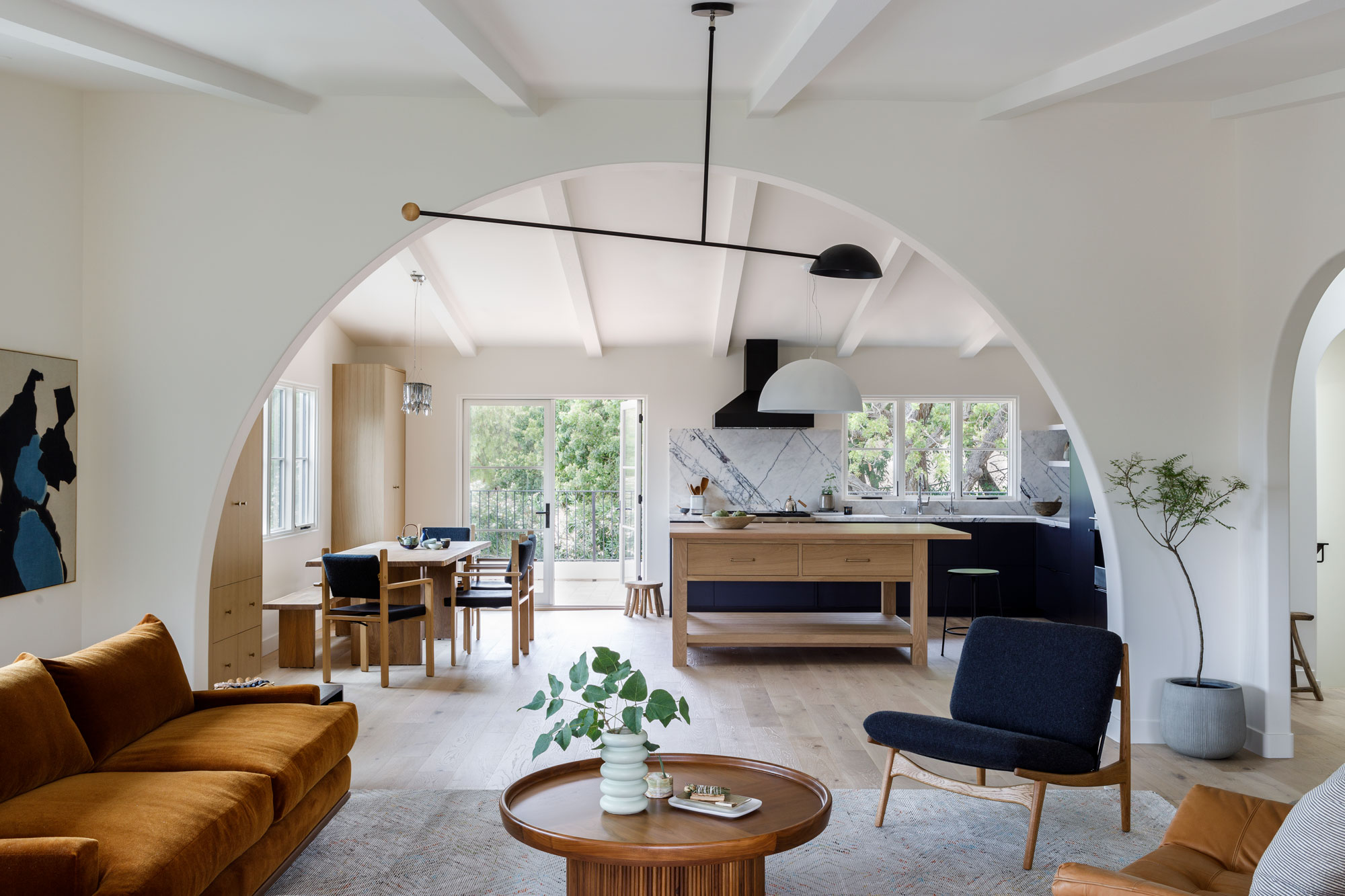 In a nod to Alvar Aalto and Scandinavian design, five new skylights have been strategically placed across the dark, long hallway and staircase illuminating the zone with a soft raking beam of light. Simple geometric light fixtures are suspended in the air like musical notes floating above a sheet of music.

Downstairs a concert size mahogany grand piano takes centre stage in the music room with a custom pistachio bookcase wrapping around it, doubling as a library. Designed as a quiet place to rehearse, compose and record music spindly chairs border the piano. 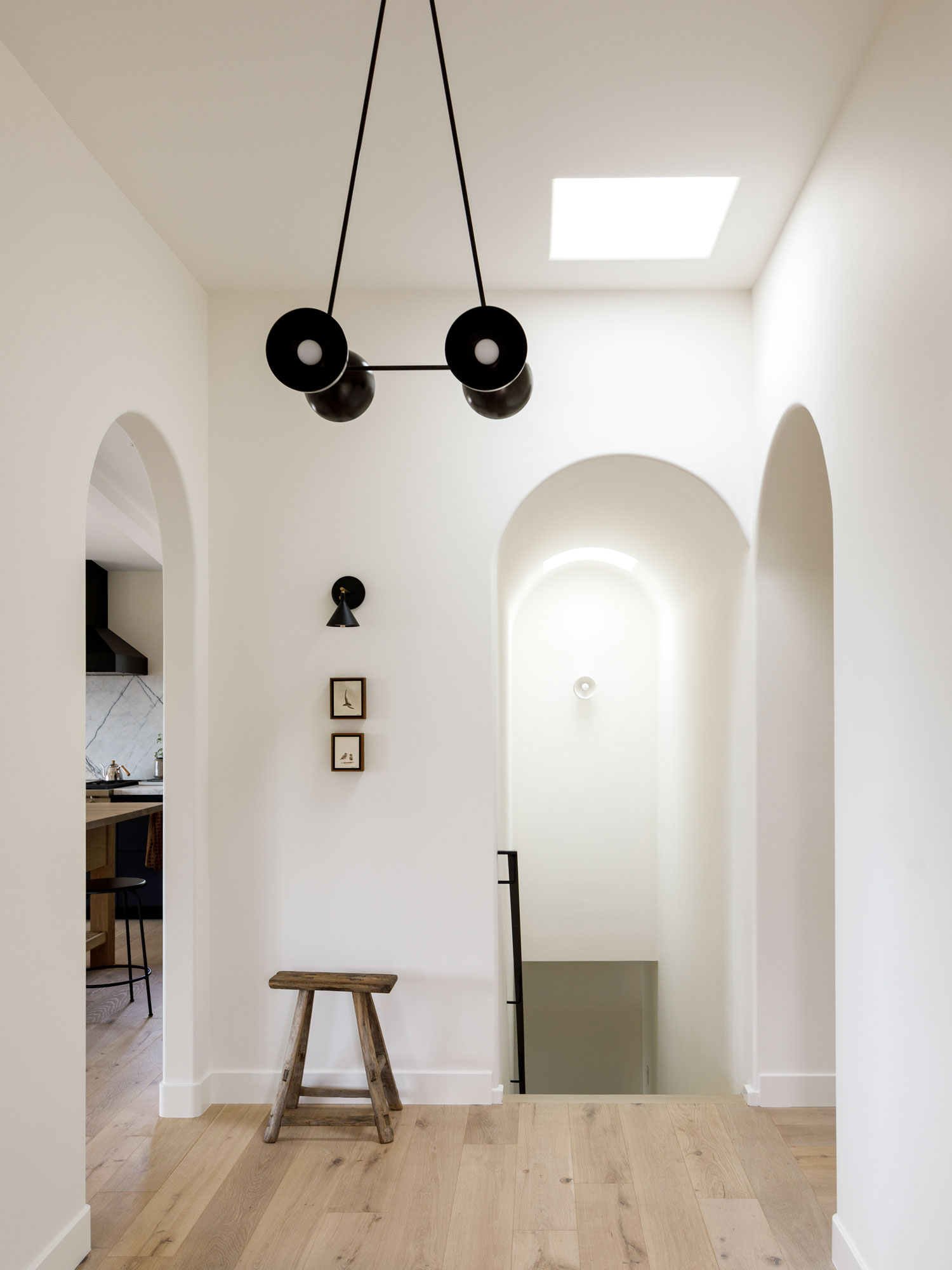 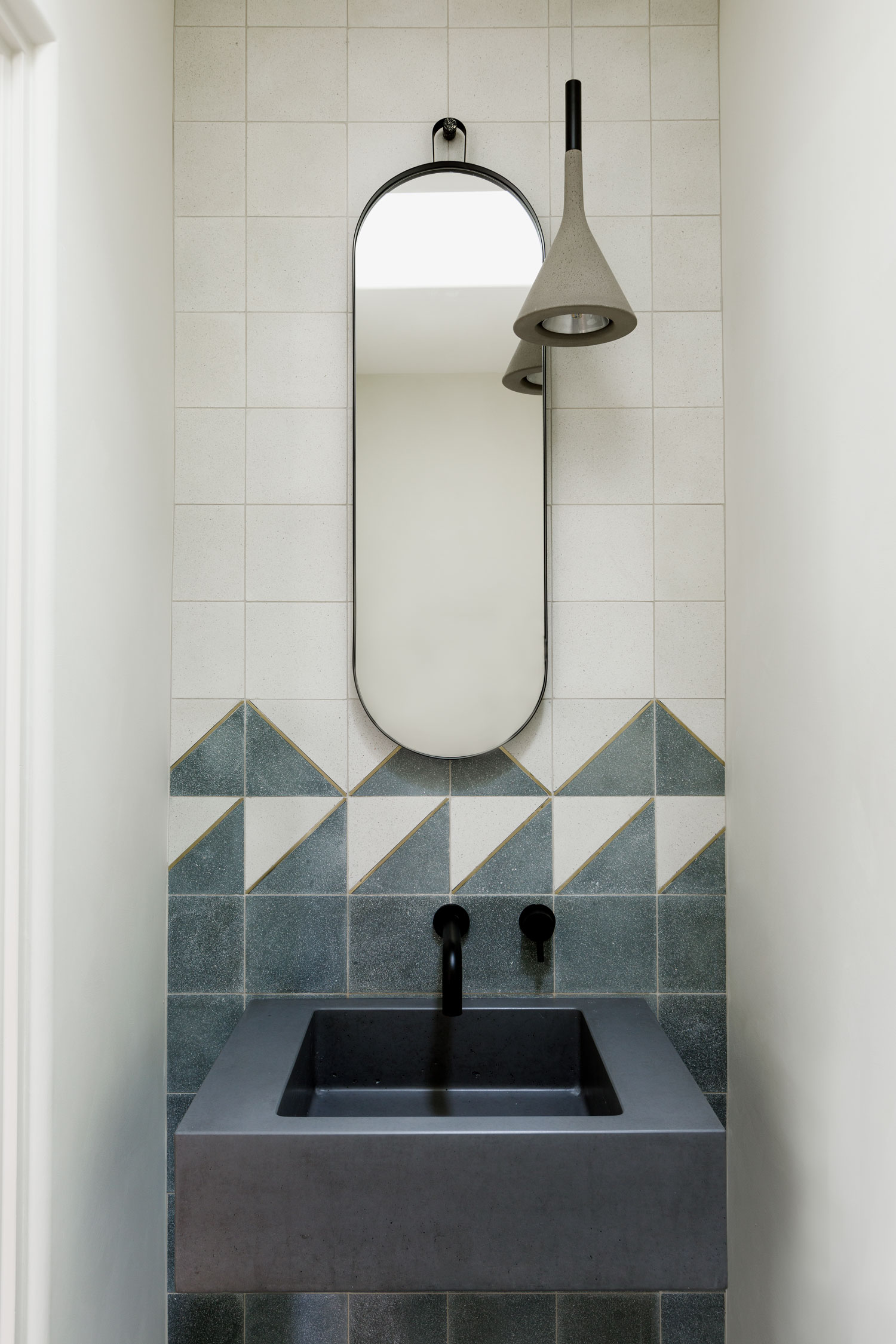 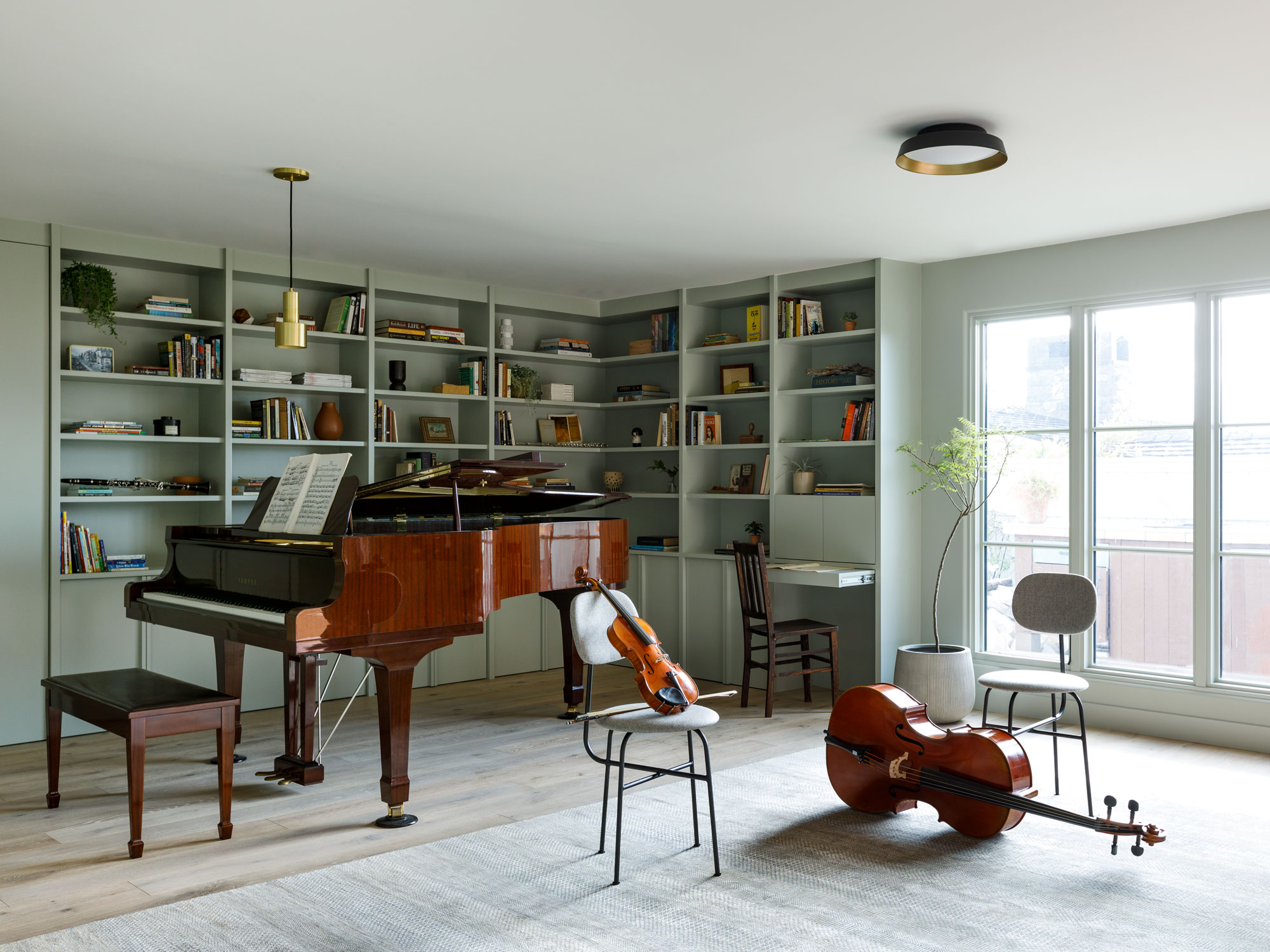 The kitchen is informed by 17th Century European paintings of ordinary bucolic life. Bright rust and saturated blue-green hues warm the rooms. This rustic colour palette is balanced with the modern flair of Japanese lines, artisan craftsmanship, and Scandinavian minimalism. The owner’s collection of handmade Japanese teaware and Chinese ceramics, some made by their friends are shown off in the open shelving, complementing the natural wood tones of the central chef’s work table.

This wabi-sabi Asian aesthetic continues in the lightwell-like powder room with the organic lime-washed walls and Basel ceramic tiles by Tabarka Studio awash as daylight streams in. streaming daylight.

With new ideas and old influences, this well-composed home has undergone a harmonious rearrangement, enveloping the cool of California with the warmth of the Mediterranean, with surprising notes of Scandinavian and East Asian minimalism to boot.

The rise of modern Chinese cuisine

The Best Vegetables and Flowers to Plant in September

How to Easily Make Compost at Home