Everything You Need To Know About “Cheugy,” the Term Gaining Popularity on TikTok 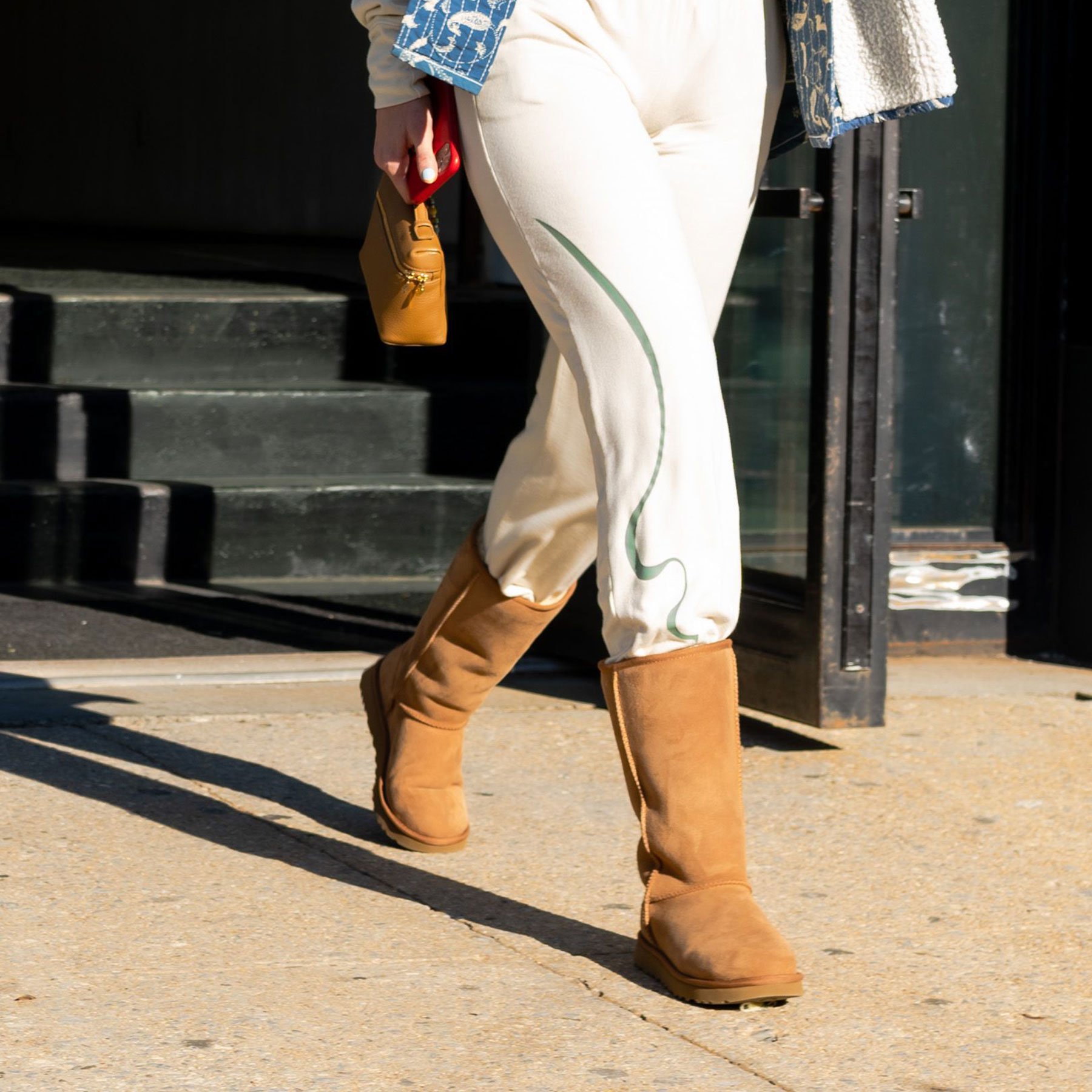 Cheugy style is one that’s outdated, trying a bit too hard or behind current trends — but be warned: calling something cheugy might already be cheugy.

Basic, out of date, simply uncool. A new word that has been gaining popularity on TikTok recently encompasses all these things: “cheugy.” The term, pronounced “chew-gee” with a hard “G,” refers to anything or anyone that’s behind the current trends. Here’s everything you need to know about the internet’s current buzzword.

What is the cheugy definition, and what are some examples of cheugy style?

The term is said to describe the “millennial girl-boss aesthetic.” More broadly, it represents anything that used to be cool and trendy but is now not. It is more intentional than being basic, because while “basic” implies that people are ignorant about out-of-date trends, cheugy implies that they choose to wear these older styles, knowing they’re uncool.

What constitutes as cheugy is constantly changing, but it’s basically anything that may have been considered cool for many millennials in middle school or high school that is no longer considered as such — think anytime between the mid-2000s to the mid-2010s. Though its definition is pretty broad, examples given on TikTok are pretty niche and specific, and include things like Target home decor, giant scarves, signs that say “Live, laugh, love,” Ugg boots and the pattern chevron.

Where did “cheugy” come from?

According to a piece in the New York Times, the word was first coined in 2013 by then-high school student Gaby Rasson. At the time, she couldn’t think of the right word to describe people who were slightly off trend, so she created her own.

“There was a missing word that was on the edge of my tongue and nothing to describe it and ‘cheugy’ came to me. How it sounded fit the meaning,” she says.

But the word truly began gaining traction once TikTok found it. Twenty-four-year-old Hallie Cain (@webkinzwhore) posted to TikTok on March 30 explaining the word’s significance, and since then, it’s become an internet sensation.

What does it mean to be called cheugy?

This word is used to make fun of classically millennial traits — skinny jeans and side parts made the list — but could there be a deeper reason why the word cheugy is being so heavily embraced? Some have taken to Twitter to call out the term as a more subtle way of invalidating traditionally feminine interests.

Now that “cheugy” has become so heavily popularized on the internet, its trendiness is starting to wear, with some saying the very use of the word is cheugy in itself.

Despite its critics, the originators of the term insist that being called cheugy is not a good or bad thing. Similar to the evolution of the word basic, one could even say cheugy is a mindset. “Looking good for yourself and not caring what other people think, that confidence exudes non-cheugyness,” says Rasson.

A print error that was a branding boon

How Sound Baths Can Gently Ease Stress and Anxiety, According to Experts

So, You Want To Dress Like The Baby-sitters Club

A Complete Timeline of Kourtney Kardashian and Travis Barker’s Relationship