Between 1916 and 1919, Childe Hassam painted a highly significant series of images of New York City, known today as his flag paintings. In them, he captured the energy of the modern city before and during the First World War. As professor David Lubin tells Sotheby’s Elizabeth Pisano, Flags on 57th Street, Winter 1918, painted about halfway through the series, is especially unique: the only work to include snow, its concise, focused imagery distills an exact moment of intersecting activity in the city. In this painting, Hassam crafts a poignant metaphor of his own frustrations with the war. Sold by the New York Historical Society to support museum collections, Flags on 57th Street, Winter 1918 highlights Sotheby’s Impressionist & Modern Art auction on 12 May in New York. Learn More: https://www.sothebys.com/en/buy/auction/2021/impressionist-modern-art-evening-sale/flags-on-57th-street-winter-1918-2 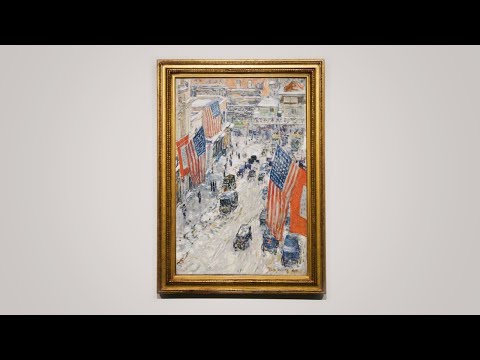 Viktor Orbán’s war on the media

The grey zone between war and peace