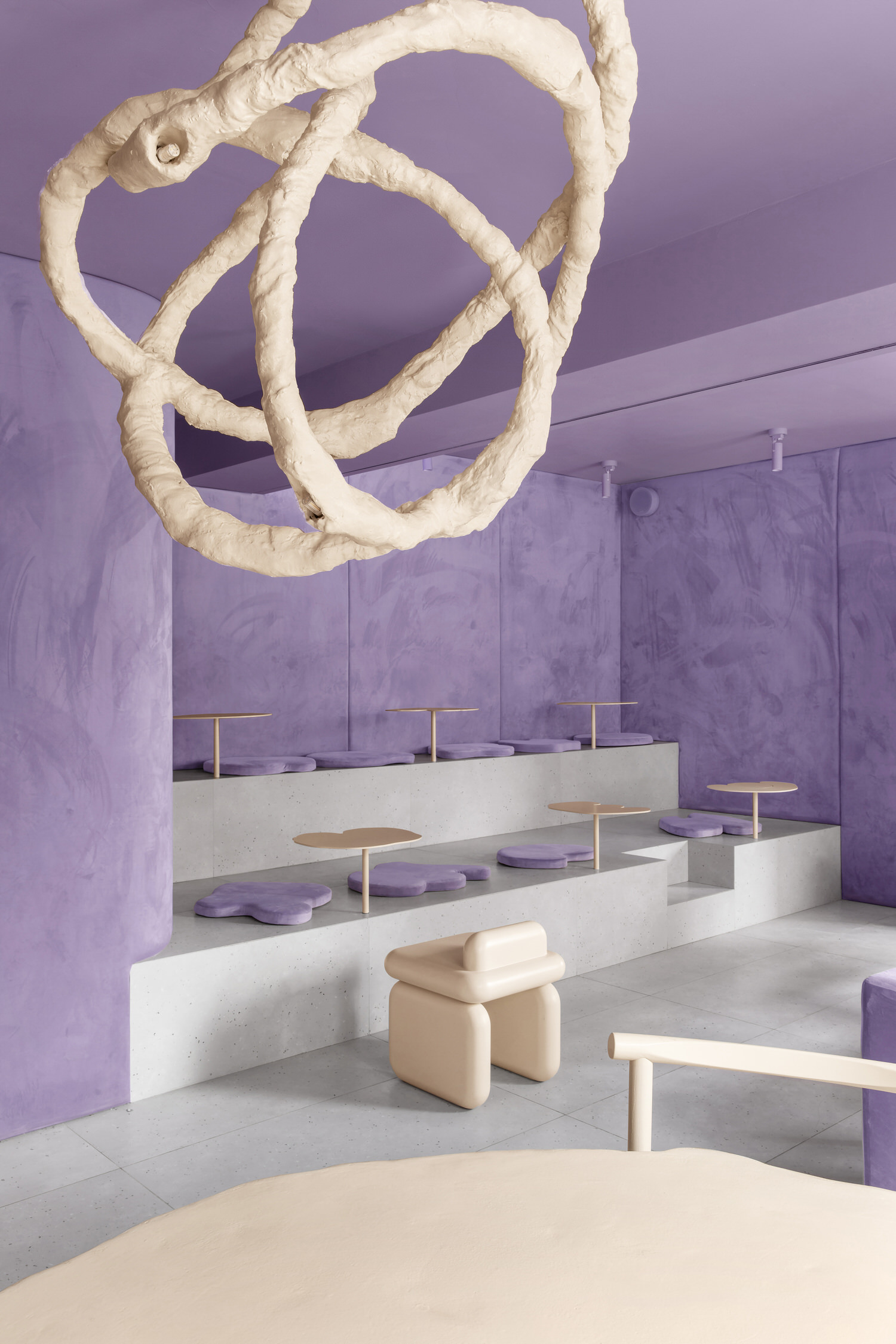 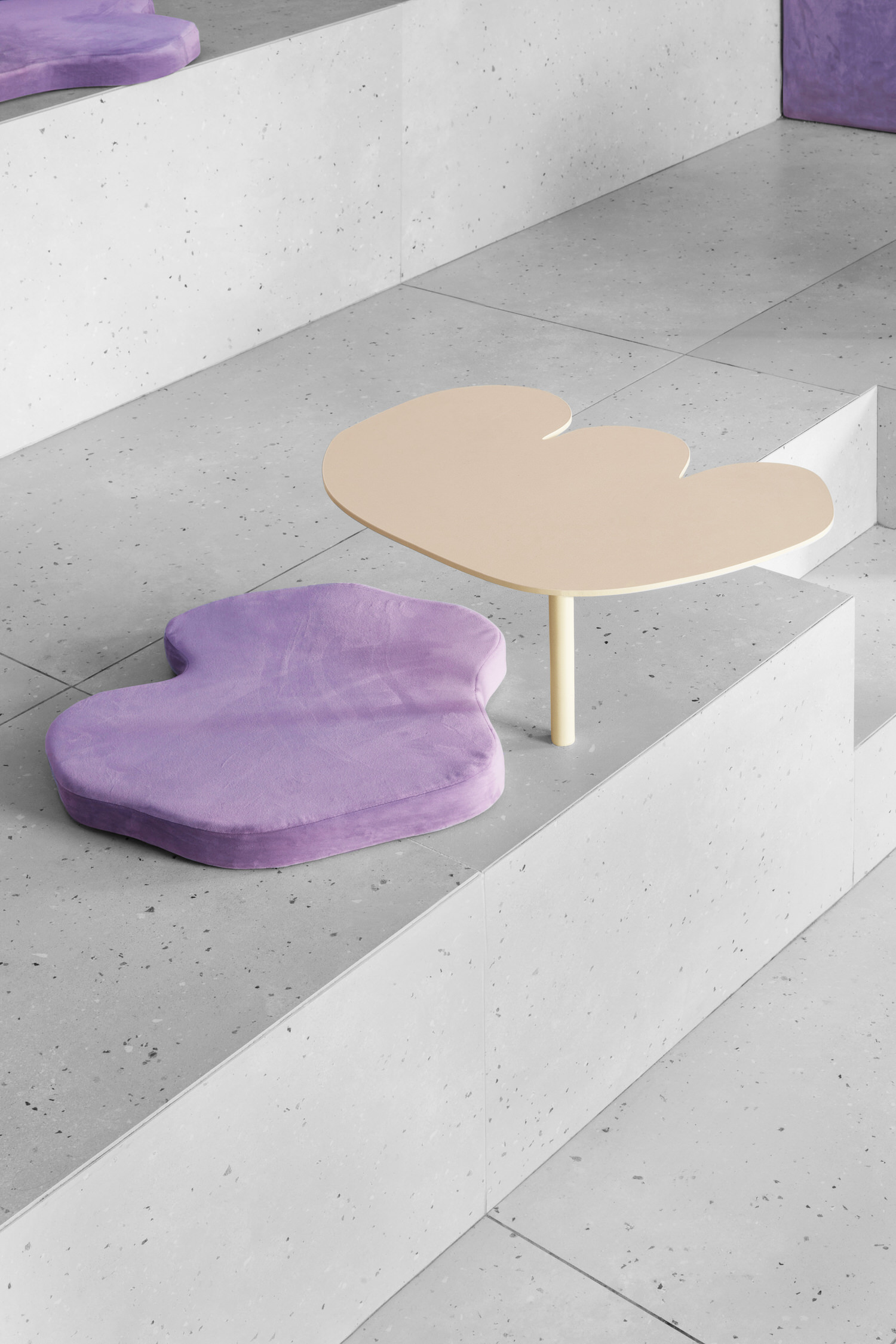 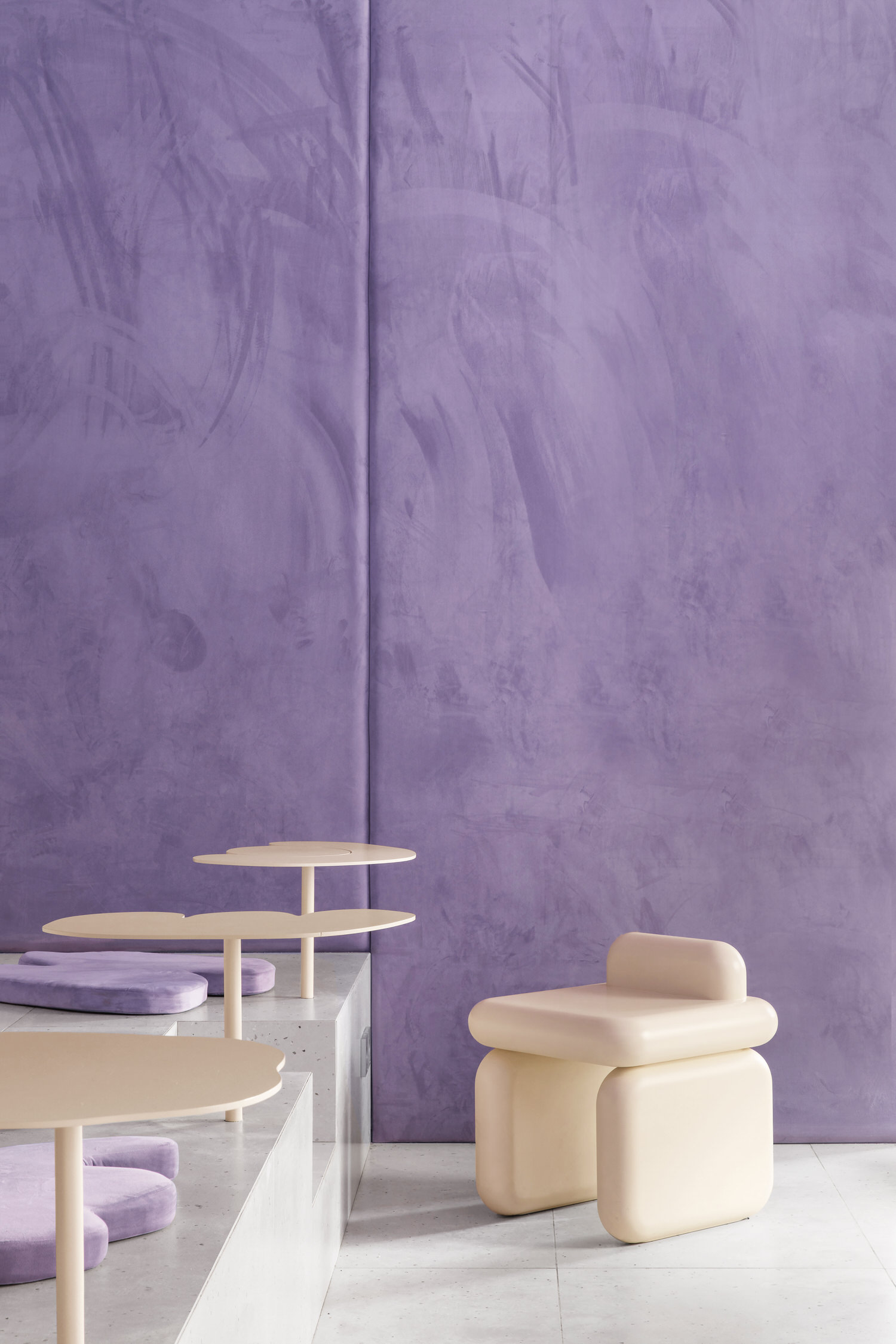 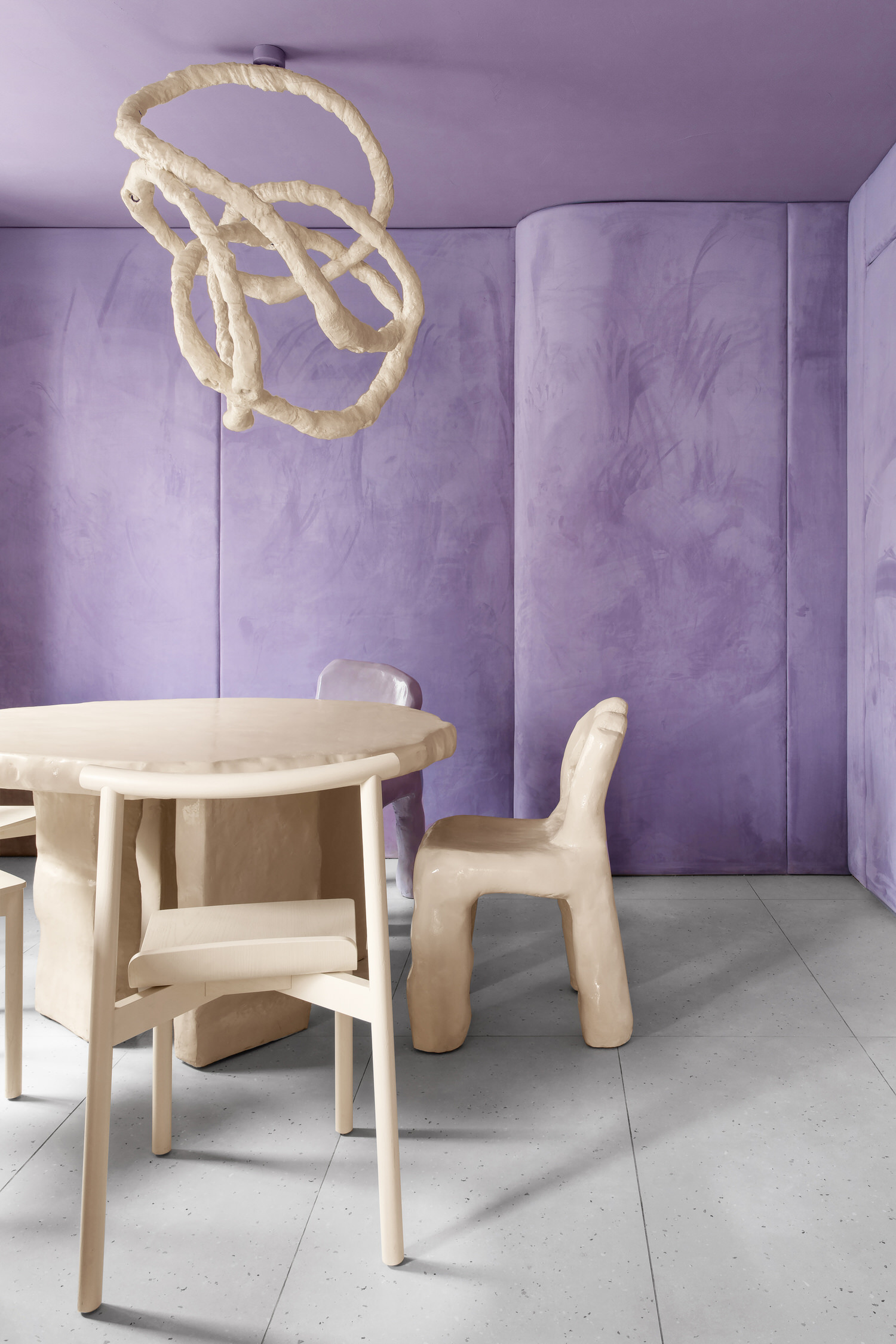 Step inside a dreamlike world of pastry and dough. Together, architect Eduard Eremchuk and designer Katy Pititskaya, have designed an “unusual, slightly crazy and unreal” pastry cafe in the heart of the Russian city Voronezh. Inspired by the classic shape and look of a doughnut, this indulgent interior is a feast for your stomach – and your eyes.

Eponymously named after the round form of a doughnut in Russian, Krujuk is full of airy shapes, gooey glaze, and creamy forms that absorb patrons into the new dough-filled reality. Cream shades and bright purple lightboxes are combined with crumpled furniture that sits in contrast to its grey concrete surroundings.

“The goal was to create an ambience so each guest could dream their own dream in the world of pastry,” said Eduard and Katy. “The pastry is everywhere, it looks and even feels like the cafe is made of dough.” 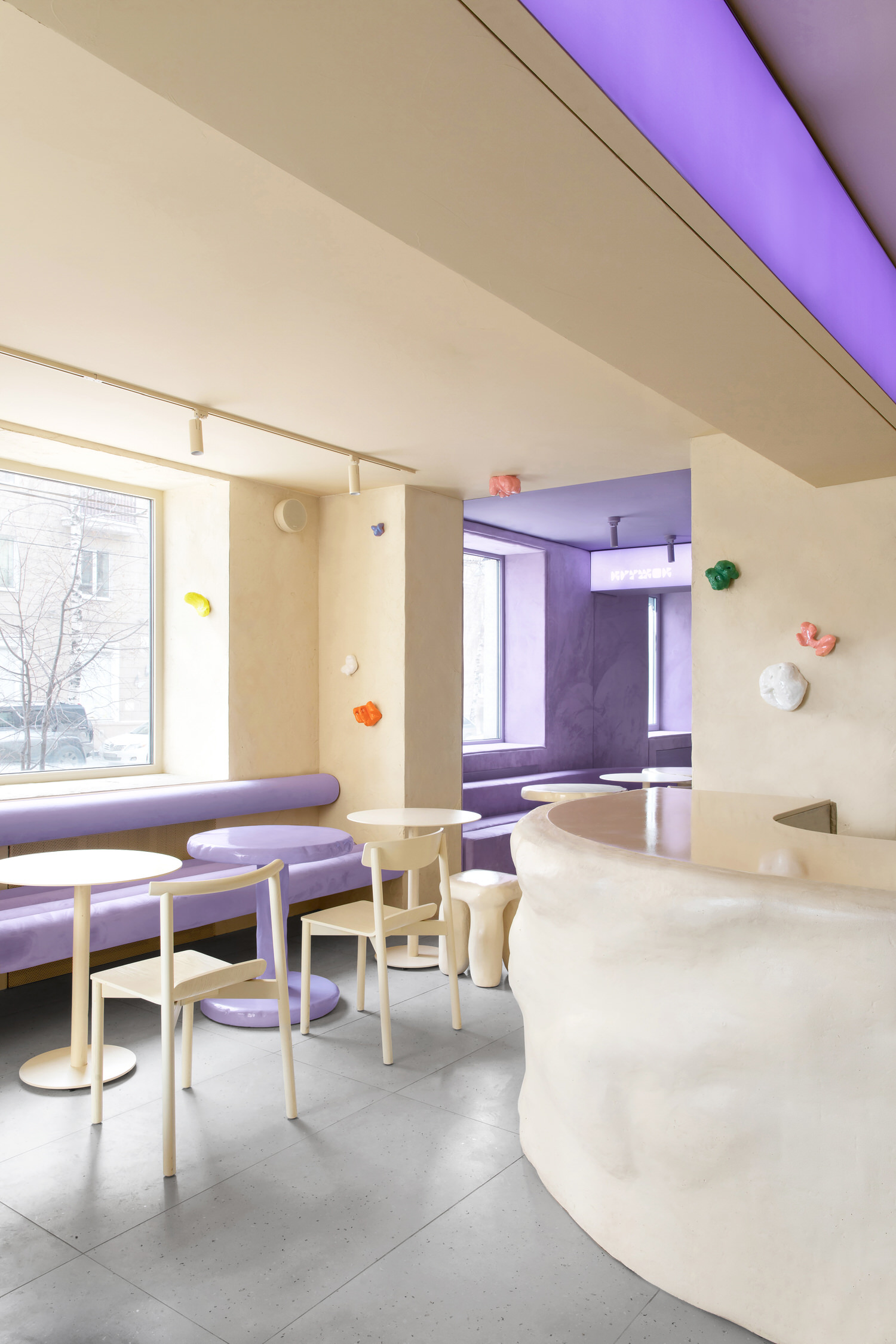 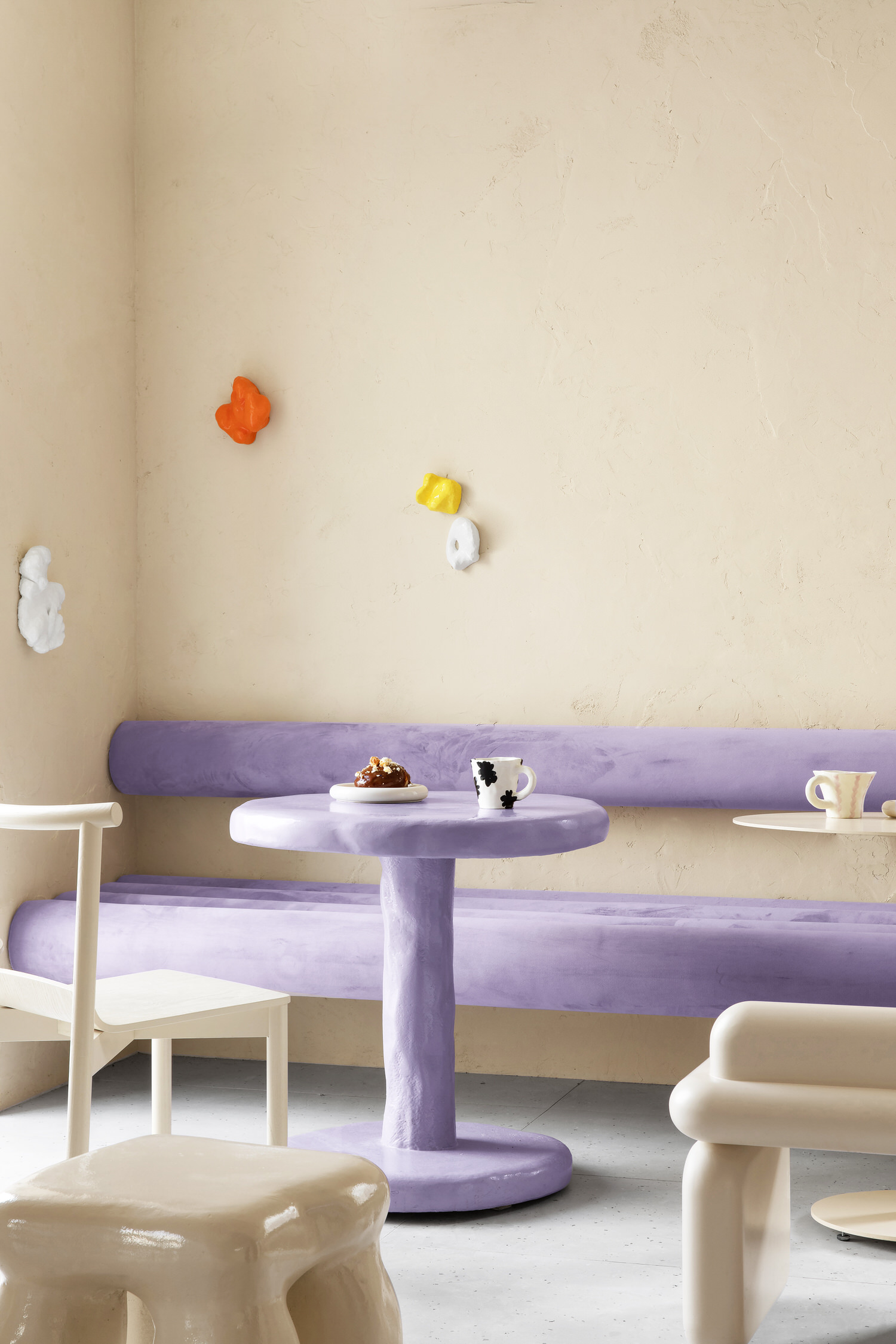 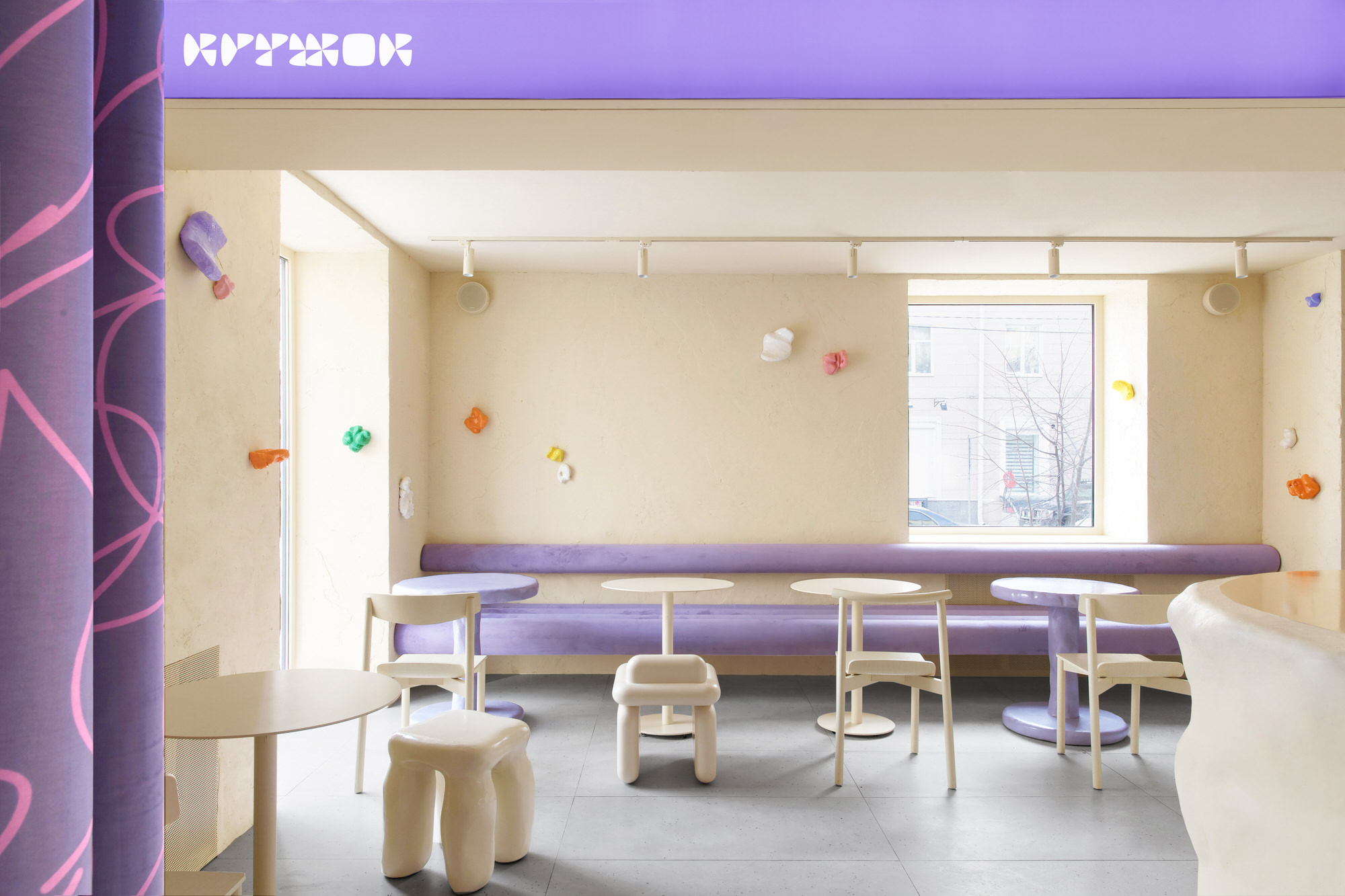 Owned by a seasoned hospitality team – a pastry chef, barista, and a general manager, who bonded over their love of coffee and breakfast – the decadent interior is an ode to all things sweet.

Divided into two areas, the entrance features sand-coloured walls and chubby furniture that feels like you’ve landed on top of Planet Donut. Taking cues from their pastry chef, the walls are adorned with bejewelled sculptures by Russian artist Elena Minaev, echoing the caramelised popcorn that decorates the doughnuts. The rounded sculptural bar, delectably plump, mimics the unmistakable design language of a Krujok.

Related: Like Shop Showroom in Rostov-on-Don, Russia by Eduard Eremchuk. 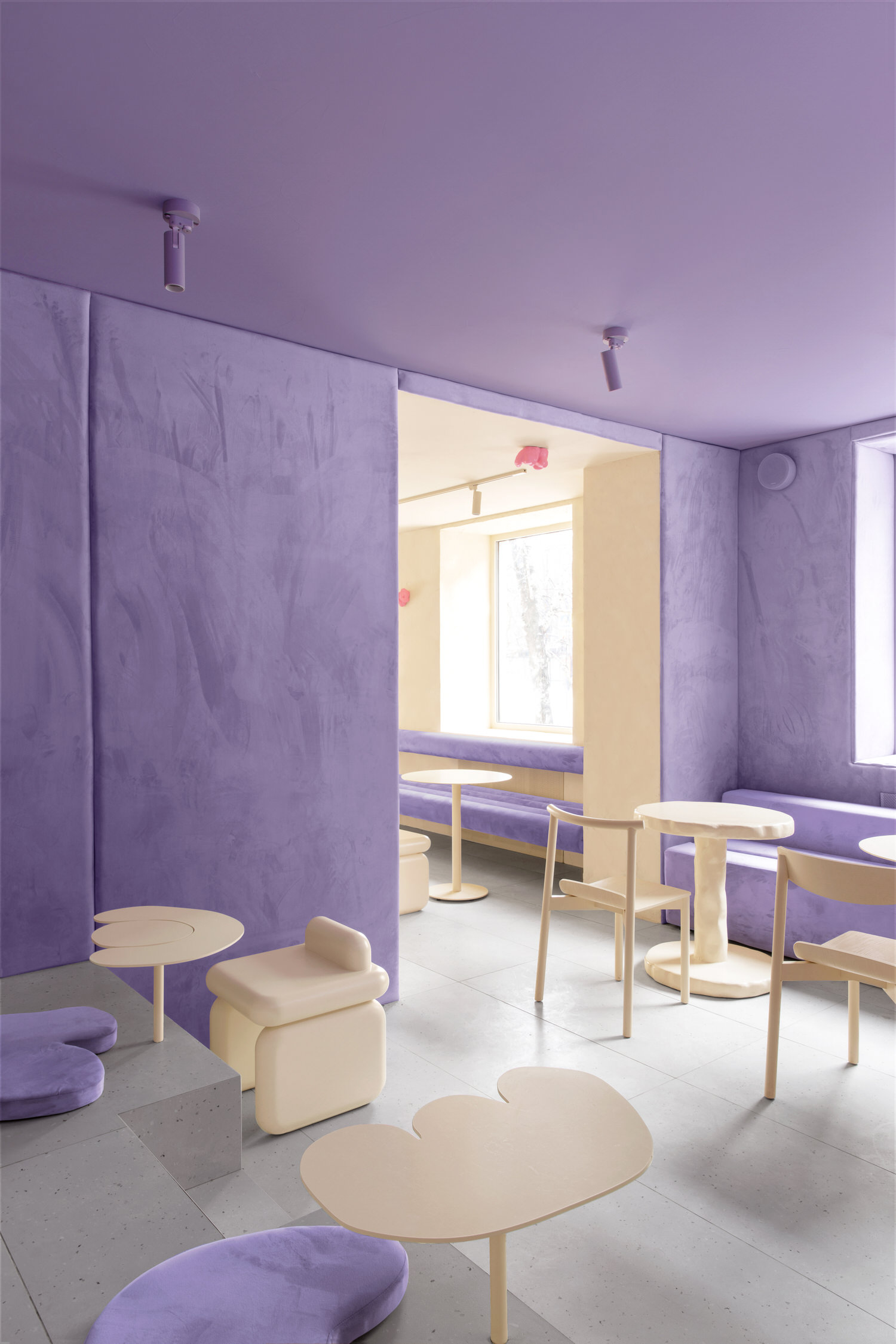 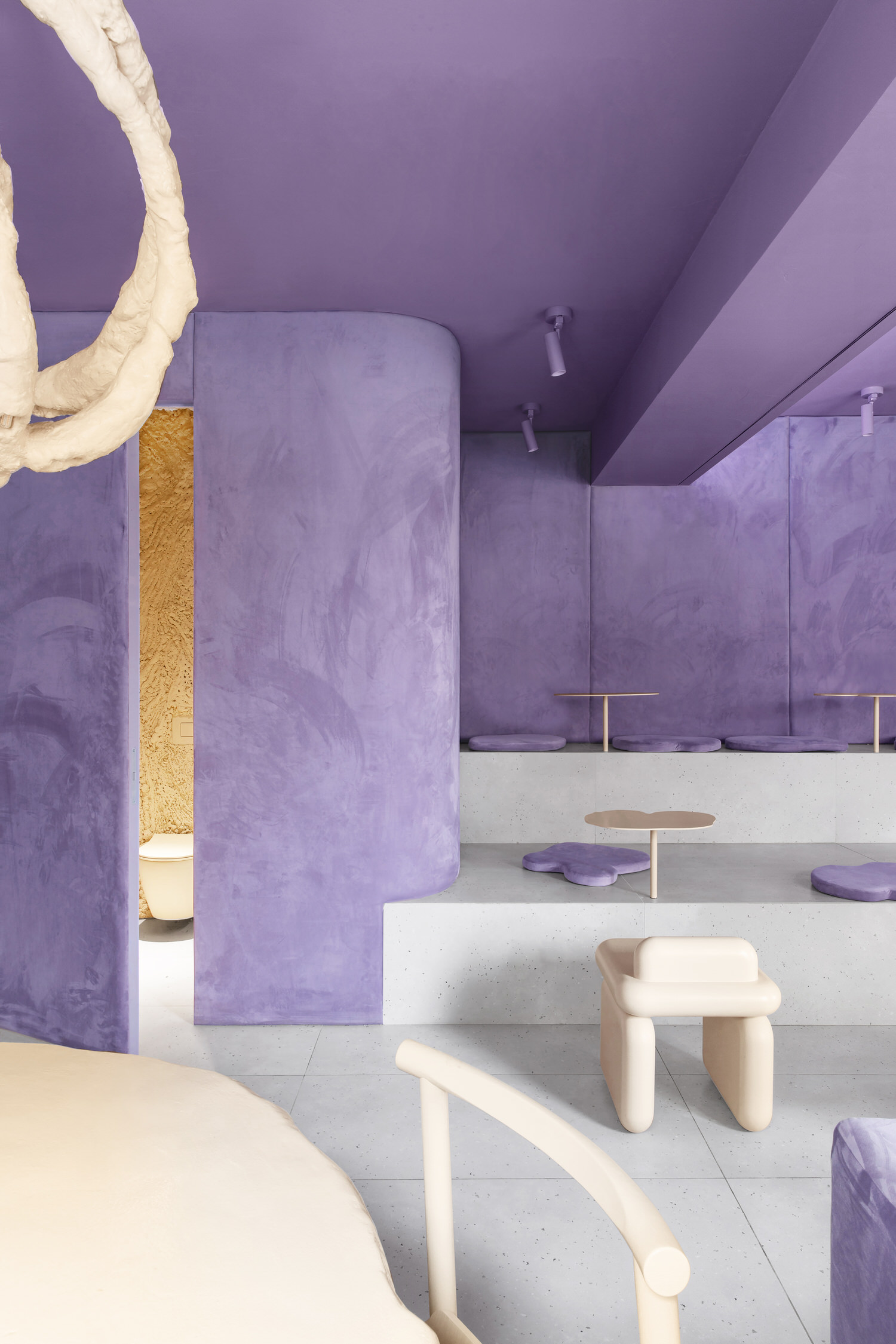 Flirting with tactility, the next space reinterprets a melted glaze. Lusciously purple shades ooze throughout, from the ceiling to the soft velvet that graces the walls and banquet seating. A chandelier that looks as if it’s moulded by dough, sits playfully suspended above the tubby furniture.

Diving headfirst into the centre of the delicious deep-fried treat, the bathroom is light and fluffy. The creamy sweet filling of the pastry swirls all around with floor-to-ceiling construction foam painted in cream and covered in transparent epoxy resin as if straight from the piping bag.

Glazy, hazy and cream-filled, this cheeky interior is just as delightful as the sticky sweet treats served within. The design captures the essence of a doughnut by taking the interior to another level – a form of hyperreal pastry.

From Poison Ivy to Flowers