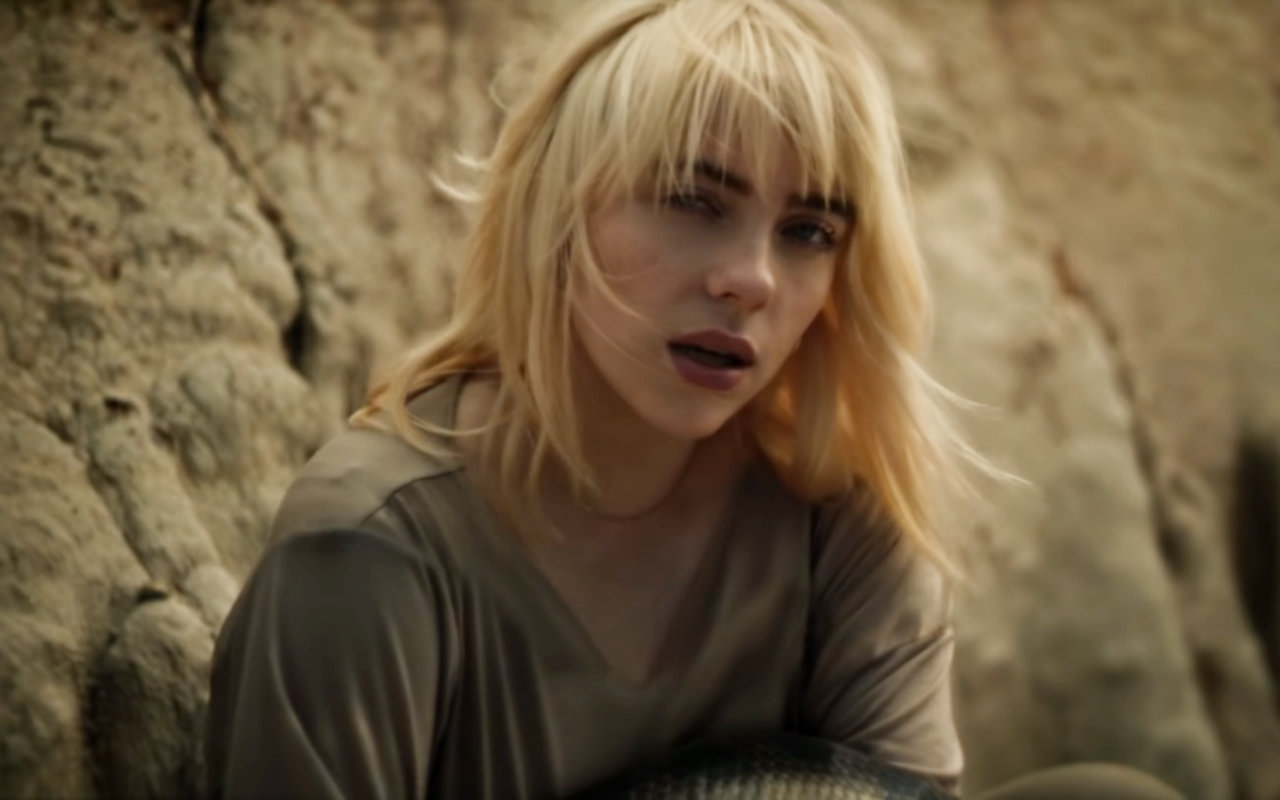 In the music video of her new track, the 19-year-old seven-time Grammy winner is seen sitting alone on a mountain with a large snake wrapping itself around her body.

AceShowbiz –
Billie Eilish could not help but get emotional while dropping “Your Power” and its music video. When announcing the release on social media, the “Therefore I Am” singer admitted to feeling “very vulnerable.”

Making use of Instagram on Thursday, April 29, the 19-year-old star shared a part of the track’s visual. In the accompaniment of the post, she declared, ” ‘Your Power’ song and video out now. this is one of my favorite songs i’ve ever written. i feel very vulnerable putting this one out because i hold it so close to my heart.”

“this is about many different situations that we’ve all either witnessed or experienced,” the seven-time Grammy winner went on noting. “i hope this can inspire change. try not to abuse your power.”

In the self-directed music video, the “Billie Eilish: The World’s a Little Blurry” star can be seen sitting alone on a mountain under the gloomy sky. As she rhymes the lyrics where she calls out people who take control and advantage of their partners, a large snake wraps itself around her body.

“Your Power” is one of the singles from her sophomore album “Happier Than Ever”. Billie teased her new record via Instagram on Tuesday, April 27. Sharing the album cover that showed her rocking short platinum blond hair and a beige sweater, she exclaimed in the caption, “MY NEW ALBUM ‘Happier Than Ever’ OUT JULY 30TH!”

“this is my favorite thing i’ve ever created and i am so excited and nervous and EAGER for you to hear it. i can’t even tell you. i’ve never felt so much love for a project than i do for this one. hope you feel what i feel,” the younger sister of FINNEAS continued. “alsoooo new song out thursday at 9am pt too!! pre-save/add/order nowwwww link in bio. AHHHHHHHHHHHHHHHHHHHHHH.”