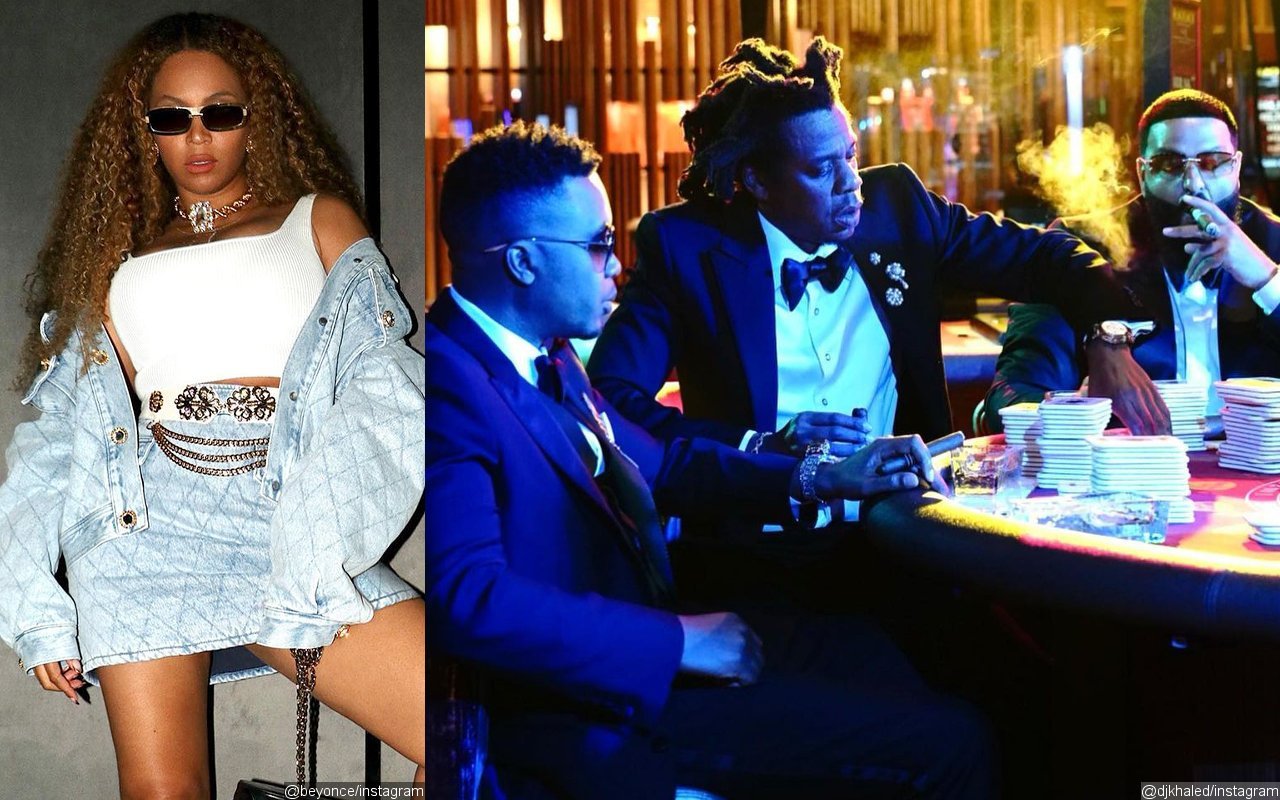 Fans have suspected that the ‘Brown Skin Girl’ songstress is featured in the ‘I’m the One’ MC’s new single when he revealed the tracklist of his latest album ‘Khaled Khaled’.

AceShowbiz –
Not only Jay-Z, but also Beyonce Knowles has lent her vocals for DJ Khaled‘s latest album. The R&B diva has been uncovered to be making a surprise cameo in “Sorry Not Sorry”, the first single of the “All I Do Is Win” MC’s new record “Khaled Khaled”.

The song and its accompanying music video were released in full on midnight Thursday, April 30, after previously teased in a snippet on Khaled’s Instagram account. Queen Bey can be heard singing one word, “Hey,” after Jay-Z delivers his part.

“Sorry, that’s another B/ Haters still ain’t recover from the other B, mm/ That’s a double B, now that’s a treble B/ Can’t forget ’bout the other B,” he spits his lyrics alone in a room. Bey is also contributing to song with her beautiful harmonization.

Fans were previously convinced that the “Formation” singer would be featured on the track when Khaled unveiled the tracklist of his album. For “Sorry Not Sorry”, which is the tenth track of the set, he credits Nas, Jay-Z and James Fauntleroy, with Harmonies by The Hive. Many believed that Harmonies By The Hive is the code for Beyonce, since her fan base is known collectively as Beyhive.

Hours prior to the album’s release, Khaled confirmed Cardi B‘s appearance in “Big Paper”, the third track of his new album. He shared his excitement about the “WAP” raptress’ involvement in his record as he said in an Instagram clip, “I sent it to her last minute so I’m not expecting nothin’. It’s all good [sic].” However, when his associate revealed the verse had actually been completed and submitted, he shouted in celebration and leaped into his swimming pool.

The star-studded album also features Khaled’s collaborations with Lil Wayne and Jeremih on “Thankful”, Justin Timberlake on “Just Be”, Justin Bieber and 21 Savage on “Let It Go” as well as Drake on “Popstar”.