Kourtney Kardashian, Travis Barker Get Undressed and Steamy in the Desert 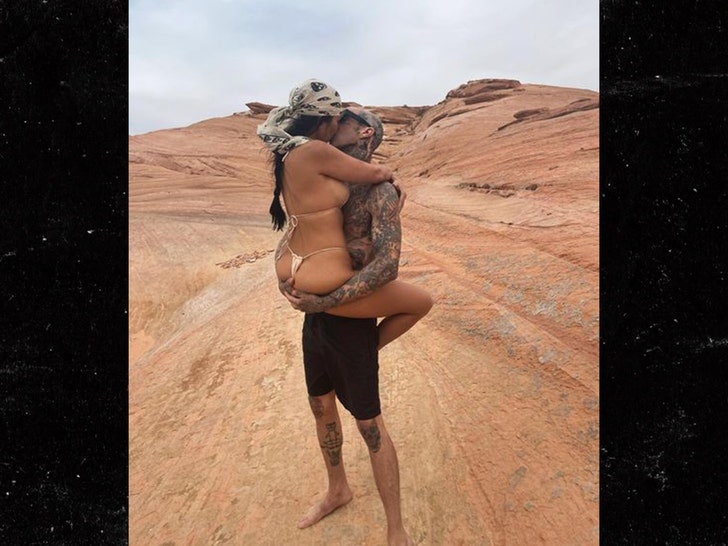 Travis Barker is proving there are better options than grabbing life by the horns, now that he and Kourtney Kardashian — especially Kourtney — are letting it all hang out.

Kourt and Trav put on a steamy PDA sesh Monday while out sightseeing in an undisclosed desert locale. While the sun was dipping behind some clouds, the moon was in full effect, courtesy of her thong-bikini … while wrapping her legs around her man.

Yeah, Travis definitely has her back … and front.

As if she hadn’t already dropped enough clues by now, you can tell Kourtney’s more than smitten, ’cause she’s the one who posted the pic with the simple caption, “Just Like Heaven.”

As we’ve documented … Kourtney and Travis have been keeping their love fest strong and very public. You’ll recall it was just over the weekend Travis posted pics of him and his French bulldog, Louis.

He captioned the pics, “Dogs never bite me. Just humans.” It wasn’t long before Kourtney chimed in with a vampire emoji … confirming she’s down to take a bite or two of Travis. 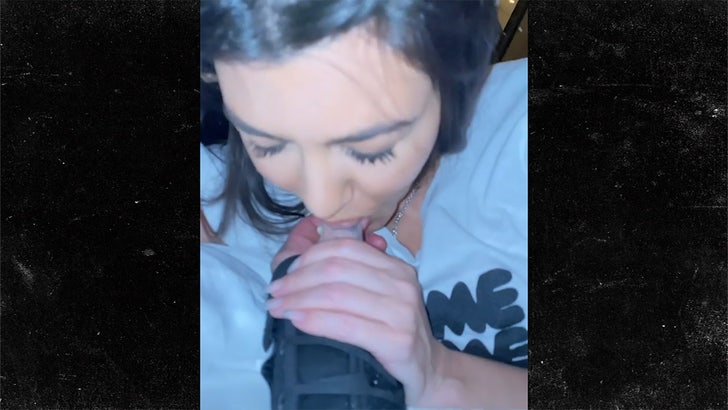 And, who can forget her thumb-sucking video, right?

They might be approaching TMI-levels of sharing their affection, but for now … they’re putting every other celeb couple to shame on the PDA front.

Why Does the Red Carpet Still Have a Diversity Problem?