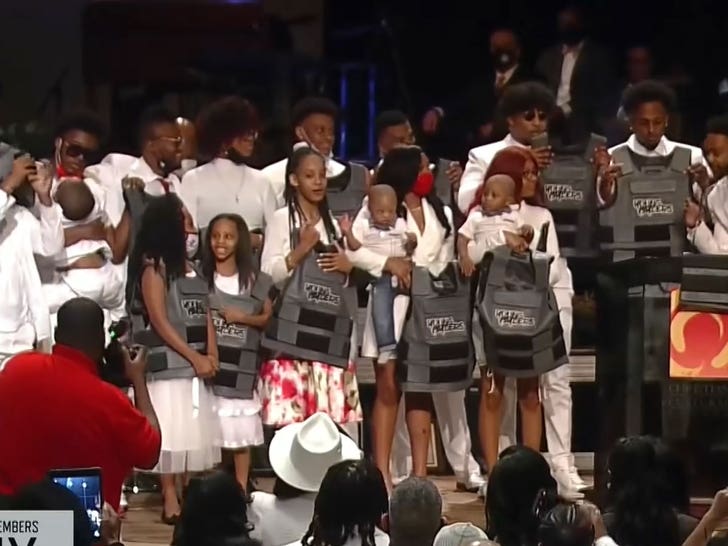 DMX‘s family and closest friends gathered together to honor the rapper one last time before he is laid to rest in New York … and the private funeral service was full of emotion.

Sunday marked the second service for the late rapper and this one, at an NYC church, was restricted to those who knew X best. A larger event went down Saturday at Barclays Center in Brooklyn which featured a choir, X’s kids all taking the stage and words from his closest celeb friends like Nas, Eve and the original Ruff Ryders.

The church service started around 11:30 AM PT and was broadcast on BET … as well as here. Right from the jump, the service proved to be incredibly poignant and heartfelt — especially when some of his children stepped to the podium to remember their father. 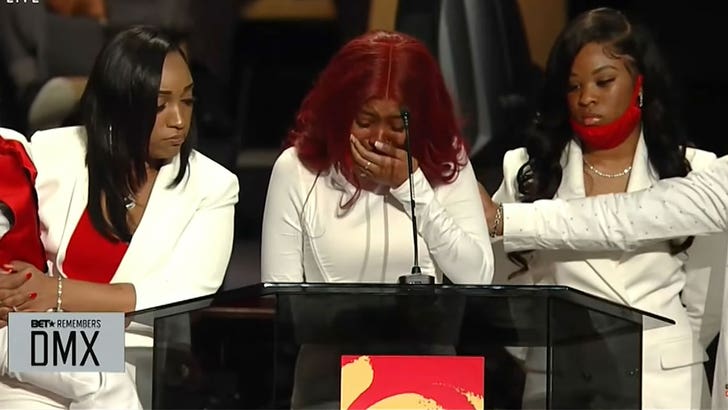 One of X’s daughters, Sasha, delivered a tearful remembrance … sobbing throughout. She said she finds it difficult to know that the world will go on without him around, not to mention the fact that X won’t be there to see her graduate college … or walk down the aisle.

Despite this, she said X being at peace was more important than any of that — and that she finds comfort in the fact that he’s no longer in pain and resting easy in heaven. She also said she knew he’d be encouraged that all of his children had gotten together under one roof. 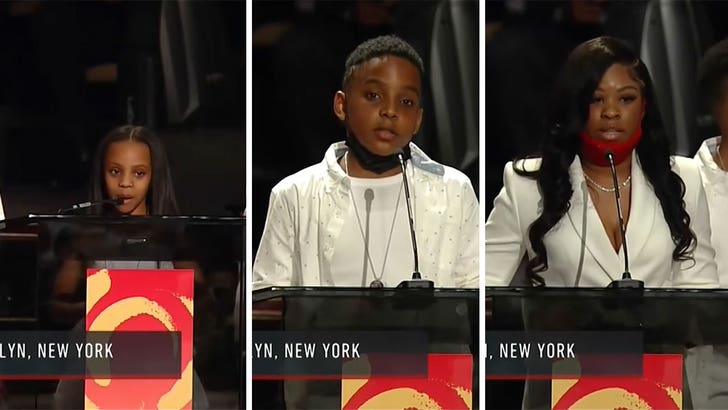 Her speech was very moving … and drew a big round of applause from the crowd. More of his kids also spoke, and all of their words were touching … with some comic relief sprinkled in as they reminisced on their dad’s life and memories with him. 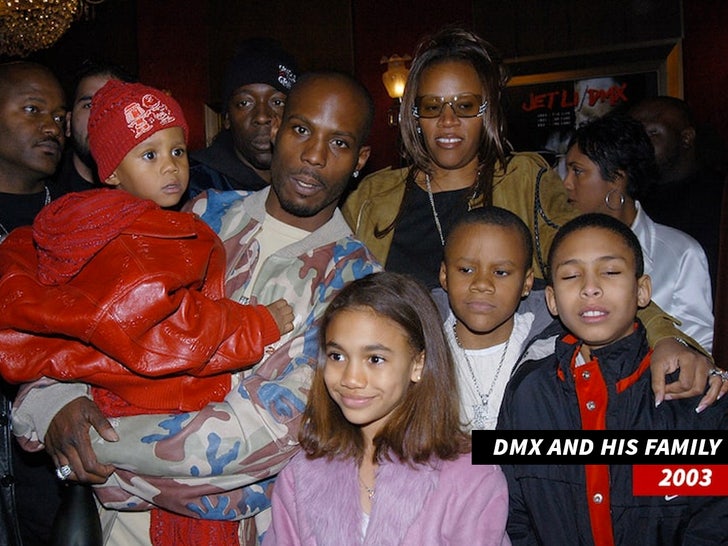 X’s young children were so well-composed and eloquent in their remarks … it was incredible to watch. One of his sons, Manny, joked about his dad always asking him about how many girlfriends he had … while also relaying that X wanted his boys to listen to him, but not necessarily follow in his footsteps, as X had traveled a rocky road. Manny said he’d remember that … and that his dad was right. The crowd responded well.

Some of X’s other children — including his younger daughters — also spoke, reading poems and delivering parting words, including thanks … which were brief but poignant. His kids seriously stole the spotlight throughout the beautiful church service. 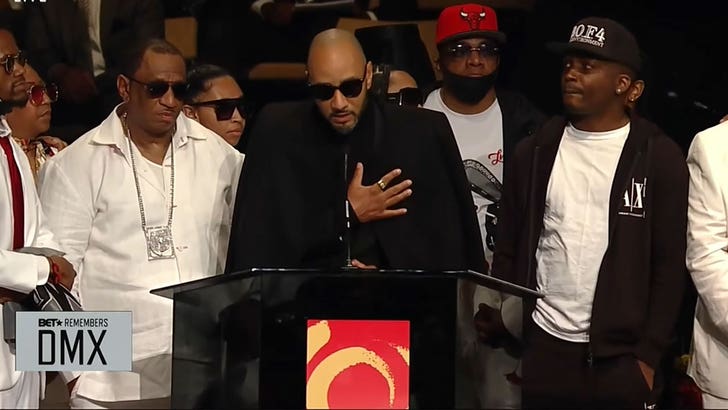 There were a lot more speakers who stepped to the mic … including members of the Ruff Ryders, and Swizz Beatz once again — who was a lot more chill with his remarks this time around. He kind of explained why he was so fierce on Saturday … and it became clear they were like family, so Swizz going to bat for him like he did is understandable.

Another powerful moment presented itself when two mothers of DMX’s children came together at the podium — his ex-wife, Tashera Simmons, gave a stirring speech about how she met X and their time together. Then, she intro’d DMX’s fiancee, Desiree Lindstrom, who delivered a somber account of their loving relationship … all while crying and sobbing throughout. 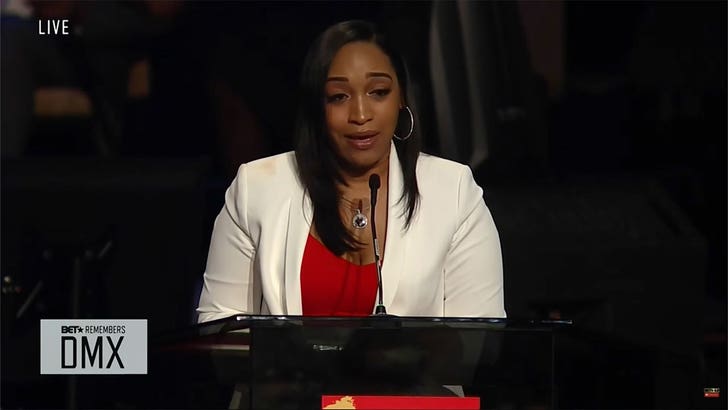 The two women embraced … and it got everyone clapping and cheering. There was no shortage of tears either — you could hear people choking up in the audience as Desiree wept, ending her remarks with “Forever X.”

There was a slight disturbance toward the end of the service — when a man who said he’d actually toured with X in recent years got up and started going on a bit of a rant … only to be interrupted by the pastor who was running the show and walked off stage.

That didn’t ruin the good vibes, though, and the event ended in a sweet prayer. The whole thing ran somewhere in the ballpark of 4 hours or so … and it was never a dull moment, full of musical performances in between all the speeches given.

It was just over 2 weeks ago when X died in a New York hospital following complications from a drug overdose. He was on life support for a week before he passed away, and while he was hospitalized friends, family and loved ones gathered to pay their respects.