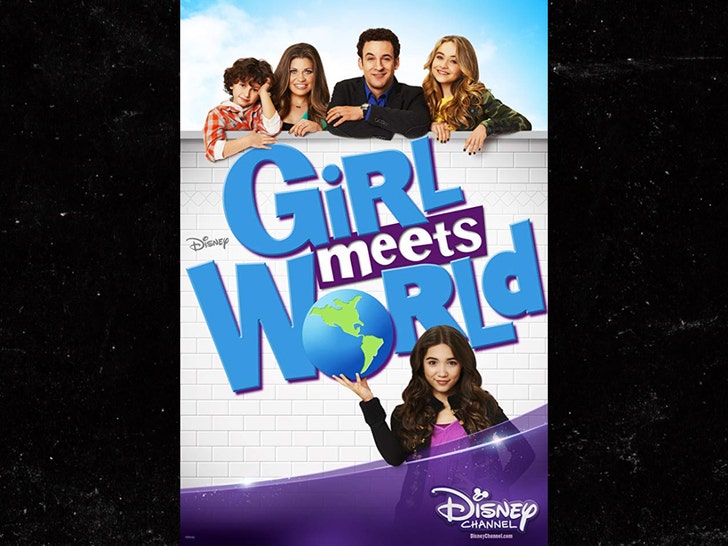 Twitter is at it again — calling the “Boy Meets World” spinoff, “Girl Meets World,” “problematic” years after it went off the air … all because of how it dealt with delicate topics.

For whatever reason, several different clips from the show — which ran on Disney Channel between 2014 and 2017 — were resurfaced over the weekend … with many of them drawing the ire of random Twitter users who are criticizing the show with a 2021 lens.

this was so werid pic.twitter.com/Pn9h6G0YZ2

One example … a clip where the character Farkle expresses he doesn’t necessarily believe in God because he can’t “see” him, basically suggesting he might be agnostic. Cory Matthews (now playing a Mr. Feeny-esque character) chimes in and explains that just because Farkle can’t see God, doesn’t necessarily mean he doesn’t exist, using ROYGBIV as an example.

Heavy-handed? Eh, maybe. Is it “problematic” and worthy of ridicule … not at all. Still, Twitter truthers are crushing the show for “pushing” Christian beliefs — when in reality, all that’s happening is an adult is, at worst, trying to influence a kid. Which is … fine. 🤷🏽‍♂️

mo cause this episode was very upsetting pic.twitter.com/eMxen7J6sT

Here’s another “problematic” theme people are now finding vile and offensive. That same character, Farkle, once said he might be autistic with Asperger’s — which his friends try to deny and convince him otherwise … which Tweeters *think* means Disney was suggesting being autistic is a bad thing and something to be looked down on — that’s a huge reach.

His friends were just showing concern … which again, is fine. Just because they weren’t throwing him a party for the news doesn’t mean they were saying Asperger’s is awful.

this is just awful pic.twitter.com/XW5c3MmcXj

One last episode that’s getting gutted some 4 years later … ‘GMW’ touched on communism, of all things. Some of the kids in Cory’s history class go full commie — and they play up the stereotype that communists all think the same and want everyone to be the same.

Cory gives a corny speech praising the fact that differences are important … kinda punching a hole through the so-called communism doctrine. People are now claiming that Disney intended to shove capitalism down kids’ throats … which yet again, is twisting things.

Did ‘GMW’ tackle some issues in cringe fashion? Sure. But, saying this show is problematic and/or is terrible in hindsight is unfair, and just one more example of resurrecting years-old media to give it a woke 2021 postmortem autopsy … which always looks bad.