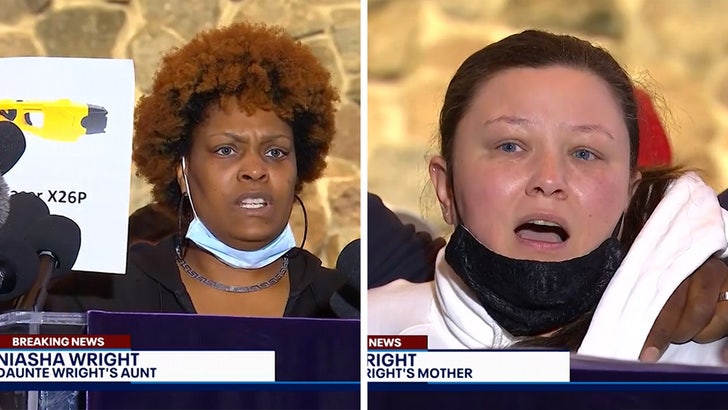 Daunte Wright‘s family is demanding a conviction and a life sentence for Kim Potter, the former Brooklyn Center police officer charged in his death.

Daunte’s aunt, Naisha Wright, was super emotional in a news conference Thursday, saying Potter’s second-degree manslaughter charge is not enough. If convicted, she would face a maximum sentence of 10 years in prison — and it’s clear that, at this point, the family considers anything less than a life sentence a slap in the face.

As you know … Potter, who shot and killed Wright during a traffic stop Sunday, was arrested and charged Wednesday. She’s already been released from jail on $100k bail.

Police say Potter, who resigned from the force Tuesday, meant to use her Taser, but accidentally discharged her gun instead, firing one fatal round into Daunte’s left side. 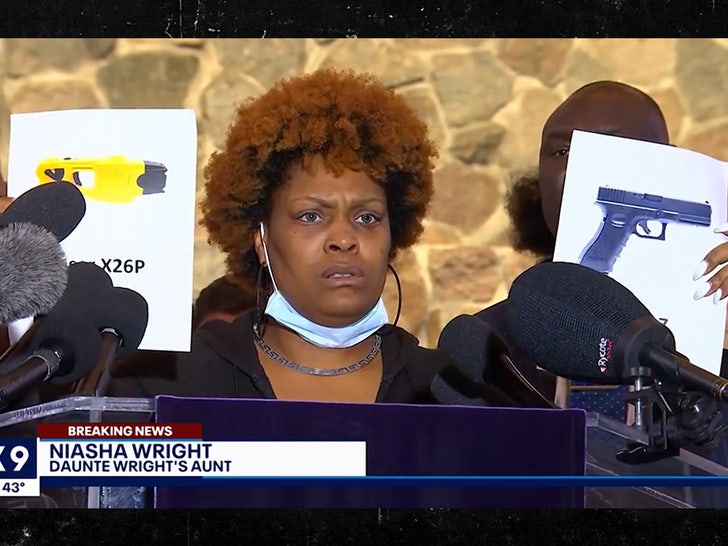 Daunte’s aunt held up images of a police Taser and the type of gun used to kill her nephew … wondering how a veteran police officer could make such a fatal mistake.

Katie Wright, Daunte’s mother, says there can be no justice for the family because they still have to bury their 20-year-old son … but the family wants accountability, which they see as life in prison for Potter.

Mary Katrantzou Talks About Her Collaboration with Bulgari

What Is Thin Privilege?