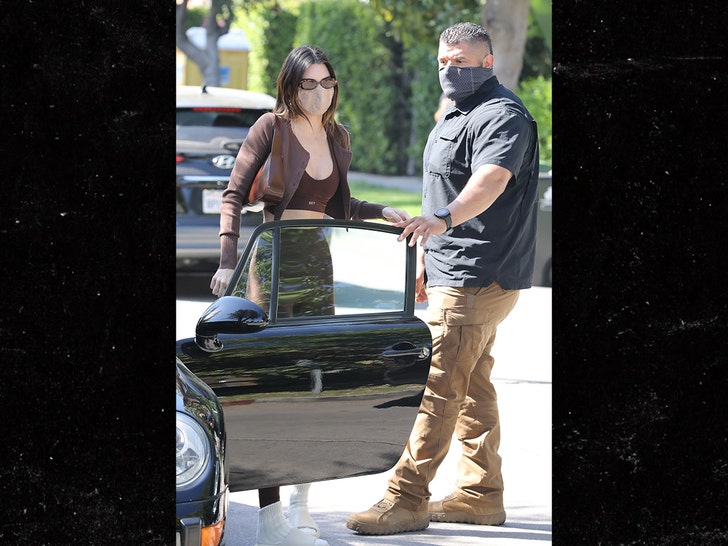 Kendall Jenner‘s taking no chances when it comes to her security … just take a look at the hired muscle she’s got following her around town now.

Kendall was seen out Wednesday in L.A. with a massive bodyguard … and understandably so after some very scary incidents at her crib. It’s clear she’s taking no chances away from home either — we’re told the bodyguard scoped out the area before Kendall even exited her car. 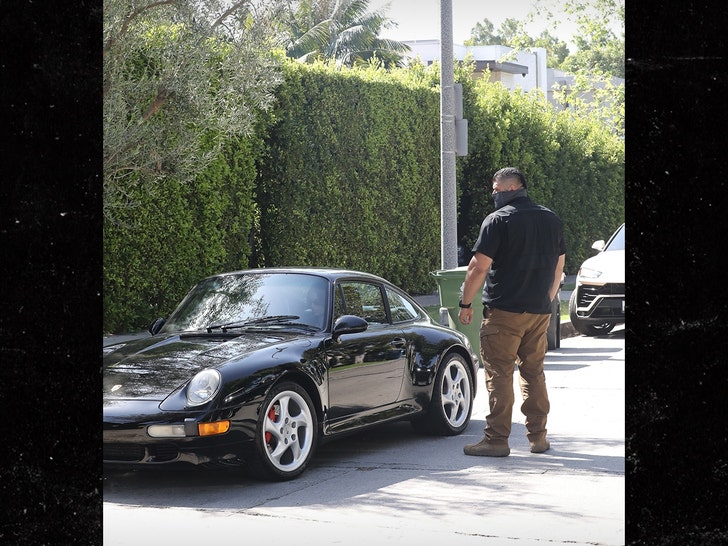 This shot should give you some perspective on Kendall’s incredible hulk. This guy could probably tow her Porsche with a rope.

As we first reported, the LAPD arrested 27-year-old Shaquan King after he recently made it onto her property, banged on her windows and took off his clothes before trying to go for a naked swim in her pool. Her security detained him until cops arrested him for trespassing.

And, then there’s the guy who threatened to kill her right around the same time. Both incidents drove Kendall to leave her house … she’s now staying in an undisclosed location.

If Kendall’s going for the intimidation factor with her new security team, it’s working. Size matters.