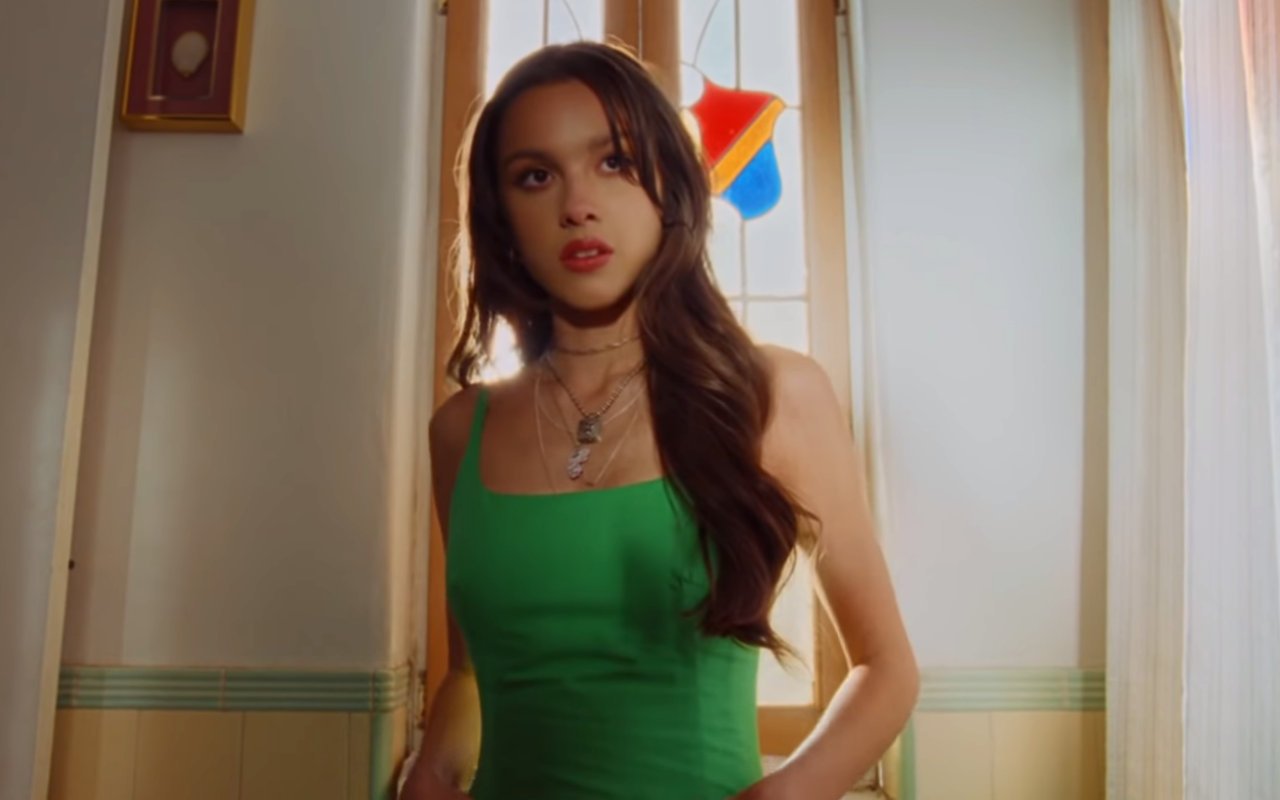 The ‘Drivers License’ hitmaker explains her new song is about an ex-girlfriend who realizes that her former lover’s new girl is literally just like her.

AceShowbiz –
Olivia Rodrigo‘s new song is seemingly inspired by her love life yet again. Around three months after releasing her hit breakup anthem “Driving License”, the singer dropped a new song called “Deja Vu” and its video where she witnesses her ex’s new girlfriend living her life.

The 18-year-old beauty announced the music release via Instagram on Thursday, April 1. Sharing a part of the clip, she declared, “deja vu out everywhere!!!!!” She then followed it up by posting some behind-the-scenes pictures from the music video and penned, “the ‘deja vu’ video is one of my fav things i’ve ever done.”

“Deja Vu” music video starts with her driving on the coast of Malibu, California to a place where she spots a girl trying on a green gown. She then drives back home and puts on the same dress. While she looks at herself in the mirror, the girl’s reflection appears in the corner.

Olivia opened up about her new song when speaking to Zane Lowe on his Apple Music’s show. “I actually wrote it about a month after writing ‘Drive’s License,’ ” she revealed. “I’m sort of obsessed with the concept of deja vu. I really love that concept [because] I get deja vu all the time.”

“So I thought it would be a cool play on words to use deja vu as a metaphor for this very universal thing that happens when you break up with someone and they get with somebody else, and see them living the life that you lived,” she added. “Yeah, it’s just a super universal thing that I think happens to everyone that we just don’t really talk about a ton.”

“The success of ‘Drivers License’ has been a huge lesson in how you just need to, when you put a song out, you just need to let it go,” the ex-girlfriend of Joshua Bassett further noted. “And it’s everyone else’s song to interpret, it’s not your song anymore.”