What Jeans Looked Like the Year You Were Born 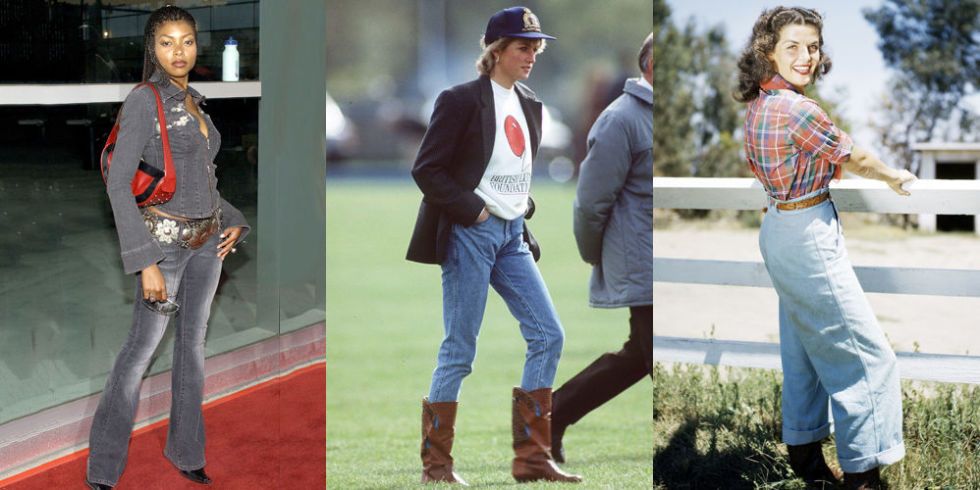 In 1934, Levi’s introduced their first pair of women’s jeans, which were worn mostly by women who lived on farms and ranches. Sixteen year later, jeans were still linked with that western vibe — but they also had an air of coolness to them. Thanks to Hollywood’s popular western films and cowboys being very much in vogue, jeans started appearing in many movies and publicity shots, like this one of actress Jane Russell.

Ice Cube Sues Robinhood for Using His Image Without Permission

Witness in Derek Chauvin Trial Breaks Down Crying on the Stand

The 25 Healthiest Fruits You Can Eat, According to a Nutritionist

No, You Don’t Need to Get Your “Pre-Pandemic Body” Back

What Is Thin Privilege?