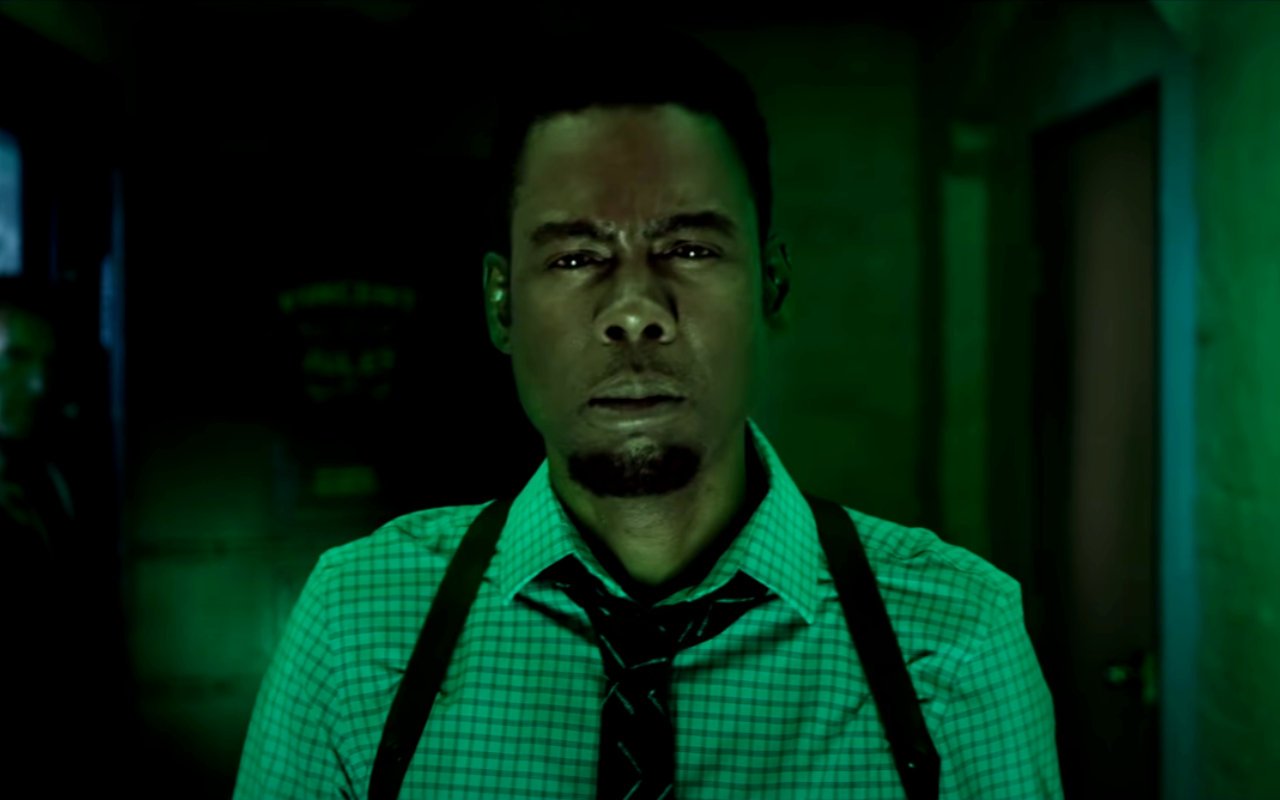 Believing that the serial killer has a personal motive, Rock’s detective character contacts his father only to get the police veteran falling into a trap and finding himself in danger.

AceShowbiz –
Lionsgate has released the first ominous trailer for “Spiral (2021): From the Book of Saw”. Serving as the ninth installment in the “Saw” film series, it sees Chris Rock leading the cast as Detective Ezekiel “Zeke” Banks, who takes the lead in an investigation into murders that may or may not be connected to the infamous serial killer/elaborate trap builder Jigsaw.

Zeke grows frustrated as the killer continues to claim victims, while he suspects anyone, even one of his colleagues, could be the killer. Believing that the serial killer has a personal motive, he pays his father Marcus Banks (Samuel L. Jackson), a former detective who is somehow also connected to Jigsaw, a visit.

Apparently feeling compelled to join the investigation, Marcus is later seen trying to chase the killer himself, only to be falling into his trap. Now, the stake gets higher for Zeke as his father could be the next victim in a snap of a finger.

According to the official synopsis, “a criminal mastermind unleashes a twisted form of justice in ‘Spiral’, the terrifying new chapter from the book of ‘Saw’. Working in the shadow of his father, an esteemed police veteran (Jackson), brash Detective Ezekiel ‘Zeke’ Banks (Rock) and his rookie partner (Max Minghella) take charge of a grisly investigation into murders that are eerily reminiscent of the city’s gruesome past. Unwittingly entrapped in a deepening mystery, Zeke finds himself at the center of the killer’s morbid game.”

The idea of the upcoming movie came from Rock, with the script being written by Josh Stolberg and Peter Goldfinger. Darren Lynn Bousman serves as director for the upcoming pic, which seems to be taking the “Saw” franchise from gore-obsessed horror roots into serial killer territory.

“When Chris Rock came to us and described in chilling detail his fantastic vision that reimagines and spins-off the world of the notorious Jigsaw Killer, we were all-in,” Joe Drake, Chairman of Lionsgate, said when the project was first announced. ” ‘Saw’ is one of the highest-grossing horror franchises of all-time and it’s one of Lionsgate’s most successful film series. This upcoming film will still be as mind-bending and intense as all the previous ‘Saw’ films.”

He continued gushing over Rock’s idea, “Chris conceived this idea and it will be completely reverential to the legacy of the material while reinvigorating the brand with his wit, creative vision, and passion for this classic horror franchise.”

“Spiral” was originally scheduled to be released on May 15, 2020, but has been pushed back by almost a year to May 14 due to the COVID-19 pandemic. It will have a theatrical release as opposed to streaming debut, which some studios have opted for amid the slow cinema business these days.

A Garden in the Concrete Jungle, Part 2

Techwear: The Complete Guide To Fashion’s Most Futuristic Subgenre

Andrew Garfield Says Rumors About Him Returning to ‘Spider-Man: No Way…