Lady Gaga’s Dog Walker Out of Hospital, Had Part of Lung Removed

Lady Gaga‘s dog walker has finally been released from the hospital … a little more than 1 month after he was shot in a terrifying dognapping incident.

Ryan Fischer was just discharged after a much longer stay than he anticipated … due to complications with his lungs. Ryan says he was actually feeling pretty great just days after being shot and moving out of the ICU, and thought his recovery would be a simple process.

Unfortunately, Ryan says one of his lungs didn’t cooperate and kept collapsing and it reached a point where he was readmitted for surgery to remove portions of it, and as he puts it … “my recovery had become anything but a straight line.”

The good news — Ryan finally seems to be on the mend as he shared in an emotional video of himself getting dressed to leave the hospital, set to Carly Simon‘s “Coming Around Again.”

Ryan knows his journey is going to be challenging though, saying … “I’m finding my way in the outside world where triggers are real and working through trauma is WAY more than dealing with one unfortunate moment in life.”

As we reported … Ryan’s been recovering ever since the February 24 dognapping incident. He had posted an update earlier this month when things looked pretty bleak … showing him with a breathing tube in his mouth. 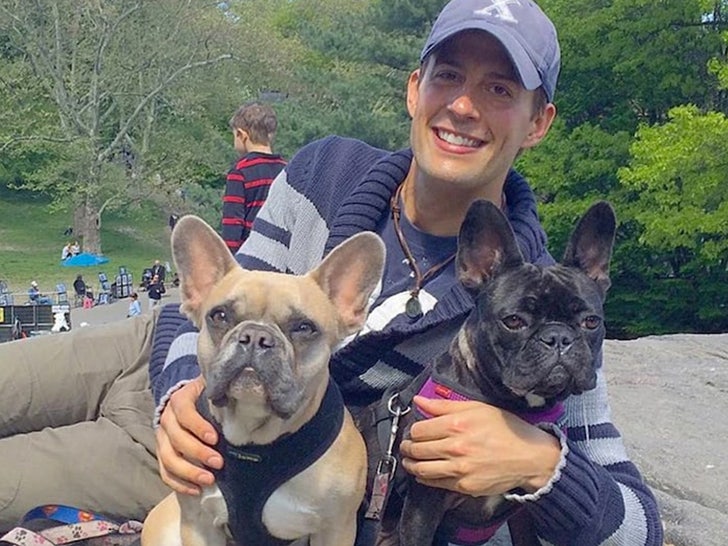 Thankfully, he also posted a more reassuring photo with the breathing tube gone. He detailed his near-death experience and the guilt he felt over not being able to protect Gaga’s 2 French bulldogs, Koji and Gustav. The third dog, Miss Asia, walked over to him as he laid on the ground bleeding. He later called her his angel and Lady Gaga called him a hero.

Remember … it’s truly a miracle he’s recovered as well as he has considering he was shot in the chest at almost point-blank range. The terrifying experience was captured on surveillance video from a nearby property, and he says that his doctors and nurses even told him they didn’t think he’d make it.

As we first reported … the thieves ultimately made off with Koji and Gustav and left Ryan begging for help on the sidewalk.

The dogs were later found unharmed but the suspects remain on the loose, and the motive is still unclear. And, although Gaga offered a $500k reward for the return of her dogs, cops have told her not to pay the money until they clear the woman who found it.