#mingdynasty #kangxiemperor #sothebys
As powerful as anything ever sold at Sotheby’s, these three exceptional seals chart the defining moments of Chinese imperial history – from the apex of the Ming dynasty and the consolidation of the Manchu empire, to the most controversial succession power struggle ever and the decline of imperial China at the hands of Western forces. These three treasures rank among the most important historical objects – of any period or geographical region – ever to appear at auction. Presented together for the first time are the only surviving Ming dynasty imperial seal belonging to the Empress Wen, the largest seal ever carved for the Kangxi Emperor and the seal of Emperor Qianlong inscribed with language legitimising his rule. The very survival of these seals make them of huge historical significance and they will be presented together in our upcoming sale Rise and Fall of Dynasties: Three Supremely Important Ming and Qing Imperial Seals (22 April | Hong Kong). SUBSCRIBE: https://www.youtube.com/sothebys/?sub…​… FOR MORE NEWS FROM SOTHEBY’S
Instagram: https://www.instagram.com/sothebys/​​…​ Facebook: https://www.facebook.com/sothebys​​​​…​ Twitter: https://twitter.com/sothebys 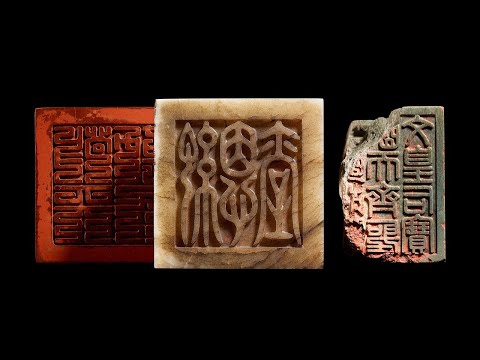 How to Remove Sweat Stains From White Shirts — And Everything Else

The Serenity of Modigliani’s Blue-Eyed Sitter