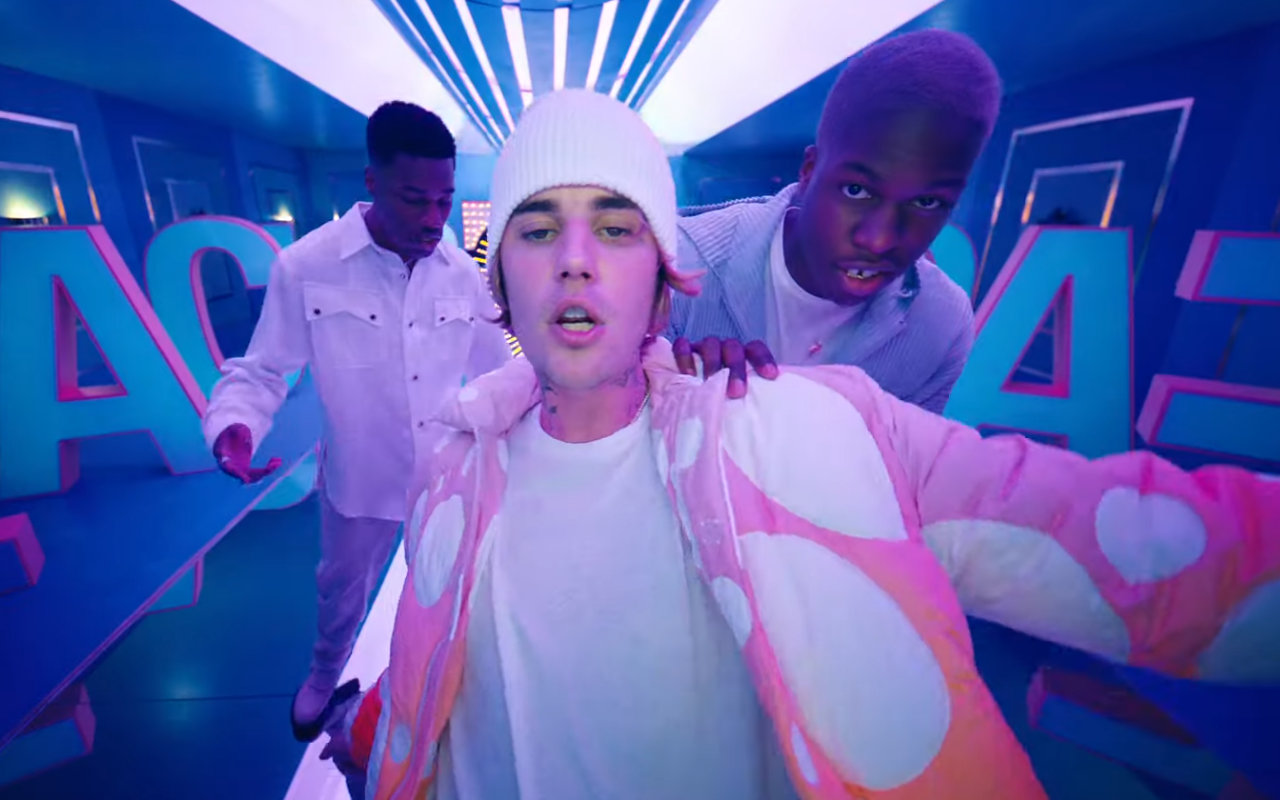 It has been widely speculated that Justin writes the lyrics of the romantic tune, which also features Daniel Caesar and Giveon, for his model wife Hailey Baldwin.

AceShowbiz –
Justin Bieber has unveiled the music video for his single “Peaches”, much to fans’ excitement. Released on Thursday evening, March 18, the new visuals sees the pop singer mixing retro ’90s vibes with modern color pallettes while singing the song alongside collaborators Giveon and Daniel Caesar.

The video opens with Justin cruising around in a car alongside Giveon and Daniel. The “Sorry” hitmaker can be seen hanging in and on top of the car while singing, “There’s nothing like your touch/ It’s the way you lift me up/ And I’ll be right here with you ’til the end.”

It has been widely speculated that Justin wrote the lyrics of the romantic tune for his model wife Hailey Baldwin. “Peaches”, meanwhile, is off Justin’s long-awaited album “Justice” that also contains megahit singles “Holy” featuring Chance the Rapper and “Lonely” featuring Benny Blanco.

Prior to this, Justin shared why he chose the word justice for his new album. “In a time when there’s so much wrong with this broken planet we all crave healing and justice for humanity. In creating this album my goal is to make music that will provide comfort, to make songs that people can relate to and connect to so they feel less alone,” he shared on social media back in February.

“Suffering, injustice and pain can leave people feeling helpless. Music is a great way of reminding each other that we aren’t alone. Music can be a way to relate to one another and connect with one another,” he continued.

The Canadian rapper also added that he “cannot simply solve injustice by making music but I do know that if we all do our part by using our gifts to serve this planet and each other that we are that much closer to being united.”