All About Valery Kaufman, The Model Jared Leto Has Been Quietly Dating for Years

Jared Leto isn’t the type to blast his love life on social media, but Leto has had a steady partner in 26-year-old model Valery Kaufman over the last few years. People got some rare detail on the couple after Kaufman and Leto were seen together hiking in Malibu in early June 2020. The two were photographed again in September 2020, this time rock climbing.

Here, details about Kaufman, her modeling career, and her history with Leto.

Kaufman is a Russian model who has walked the runway for many designers, including Balmain, Elie Saab, and Max Mara.

Models.com called Kaufman one of the top 50 models in the industry. As far back as 2014, Kaufman was booking major campaigns, including one with Saint Laurent. “I always knew I’d be doing this [modeling],” Kaufman told i-D in November 2014. “My sister and I used to do a lot of beauty contests during our childhood. Since I was 9, I’ve been dancing like crazy. I didn’t know how it was going to happen, but I always knew I would be doing acting or modeling. I wasn’t scouted, but I sent my pictures to different agencies. First, Ford contacted me so I came to New York, but then I went around to different agencies and I chose Marilyn before moving to The Society, where I’m represented now, so that’s how it all started. But after only one week I started doing Fashion Week! That was four seasons ago. It’s crazy, you just get into it. There’s fittings and castings every day, but then when it slows down, the next thing you feel like nothing is happening. You almost want to keep on going because you’re so used to it.”

Kaufman grew up in Moscow.

She spoke to i-D about her childhood. “Growing up in Russia was amazing,” she said. “I love my city, it’s the place to be. I love the people, I love the mentality. It’s really evolving. Right now, it’s kind of a new chapter for Moscow because we’re building in this new architectural style where the buildings are really high towers everywhere. It used to be different, it used to be kind of like a village. The buildings used to be small and the same pattern, but now there are a lot more business centers and offices. Still, historically and culturally, it’s so evolved. It was an amazing place to grow up!”

Leto and Kaufman started off as friends.

People reports that the couple didn’t immediately date. “They initially seemed to be friends,” a source told the outlet. “They would meet up with groups of people and all hangout. They didn’t go on solo dates.”

The two were first seen together in June 2015, shopping for groceries in New York City. They were also photographed that August, embracing before leaving a restaurant.

Leto and Kaufman have been on-off for years.

A source told People in June 2020 that “over the years, things seem to have turned romantic. They have been off and on now for a few years, but seem to spend more time together lately.” The two have been photographed together over the years but only rarely. They were shot alongside each other in July 2017, February 2018, February 2020, and September 2020.

Kaufman has met family though. She and Leto were photographed out with his mother in this February, as seen below. 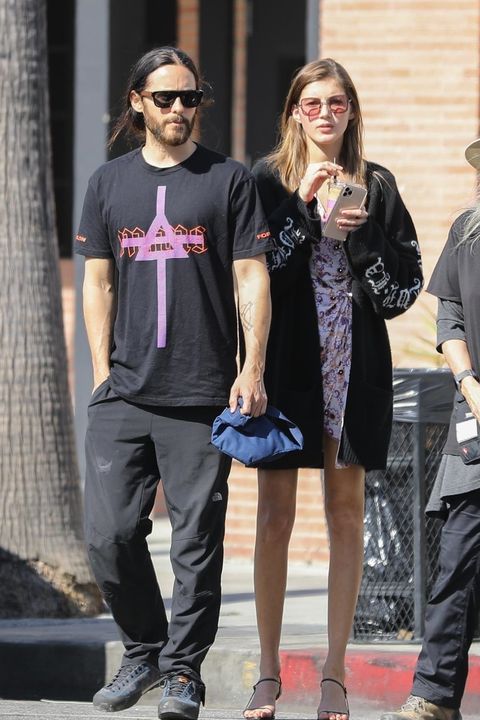 Kaufman celebrated her 26th birthday on May 30, so she’s a Gemini.

She shared a childhood photo on her Instagram for her 2020 birthday. (For horoscope fans, Leto is a Capricorn, making for an interesting astrological match.)

Kaufman walked in the brand’s 2016 fashion show in Paris. She got up close with Lady Gaga that year: 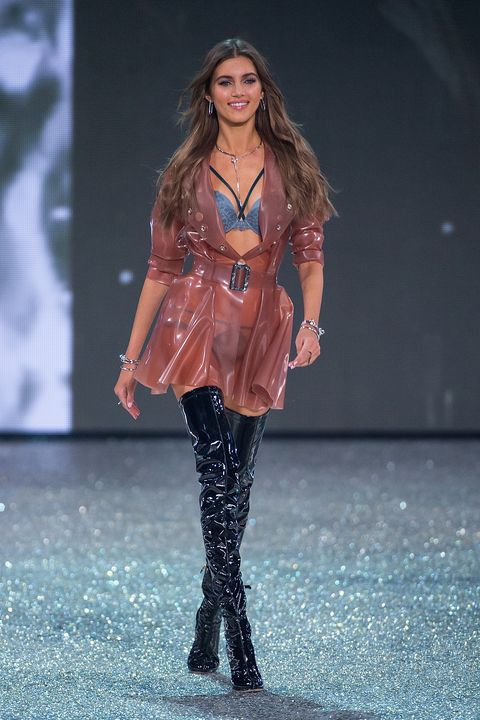 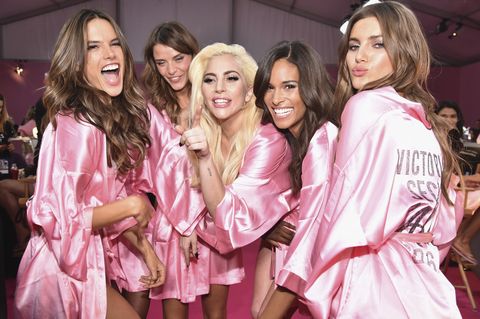 In May 2019, Kaufman attended both the amfAR Gala and Once Upon a Time in Hollywood premiere in Cannes, two of the festival’s most high-profile events. 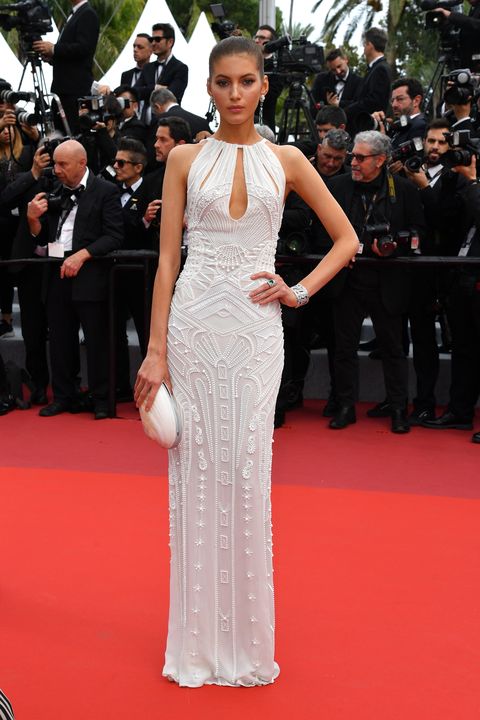 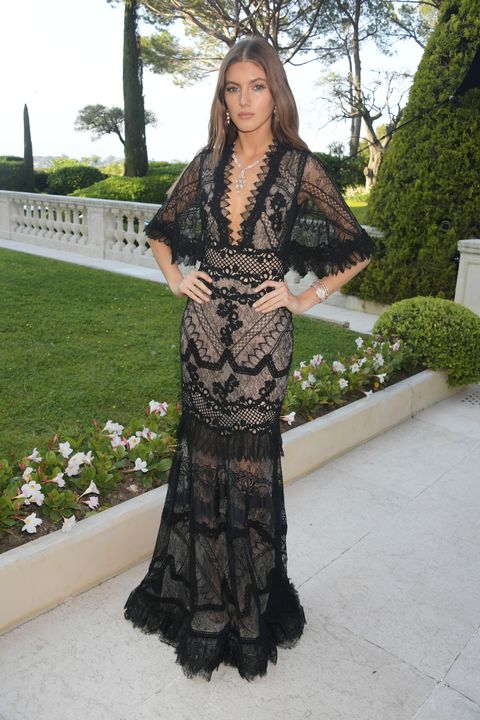 She was at the closing ceremony in 2018: 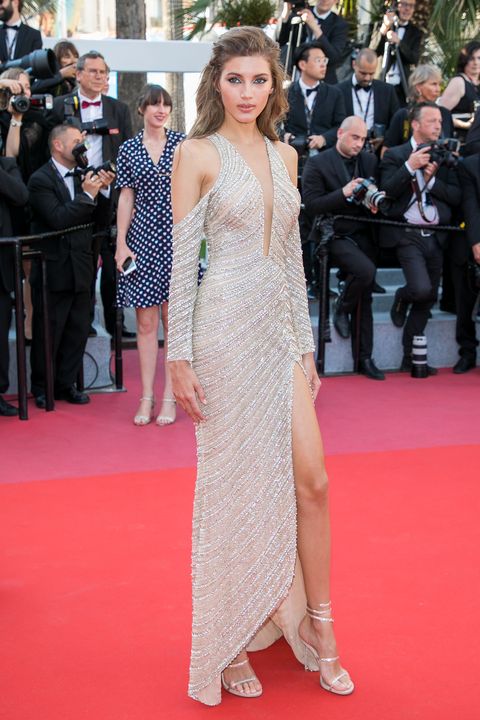 She mostly posts her modeling editorials and the occasional selfie with her dog. Neither she nor Leto have posted about their relationship on their grid. In fact, they don’t even follow each other on Instagram, as of February 2021.

Kaufman has spoken about her interest in acting, love of music (Michael Jackson’s specifically) and art.

Kaufman hasn’t given many in-depth interviews over the years, but she spoke i-D about her passions in 2014. “I grew up listening to Michael Jackson and Bob Marley,” she said of her music taste. “I think they’re idols, they’re both kings of music! My favorite tracks are ‘Billie Jean,’ of course, ‘Bad,’ ‘Thriller,’ I used to dance ‘Thriller,’ everything! This is It is my favorite album, it was one of his last.”

In regards to her other hobbies, Kaufman said, “I love art, I visit a lot of galleries. I love pop art, Andy Warhol especially, Keith Haring. I also think Damien Hirst is amazing, especially those butterfly pieces! I love his style. I also take acting classes at the New York Film Academy. I’m planning to enroll at NYU next season for theater, so we’ll see how it goes. It’s a big passion of mine.”