Of the ‘Sex Education’ actress’ character Kate Sharma, the streaming giant reveals that she is ‘a smart, headstrong young woman who suffers no fools–Anthony Bridgerton very much included.’

The official Twitter account of the series also confirmed the casting news. Written in the point of view of Lady Whistledown, the account wrote, “Quite the juicy bit of gossip, dear readers… This author is certainly looking forward to many a column covering Miss Kate Sharma.” 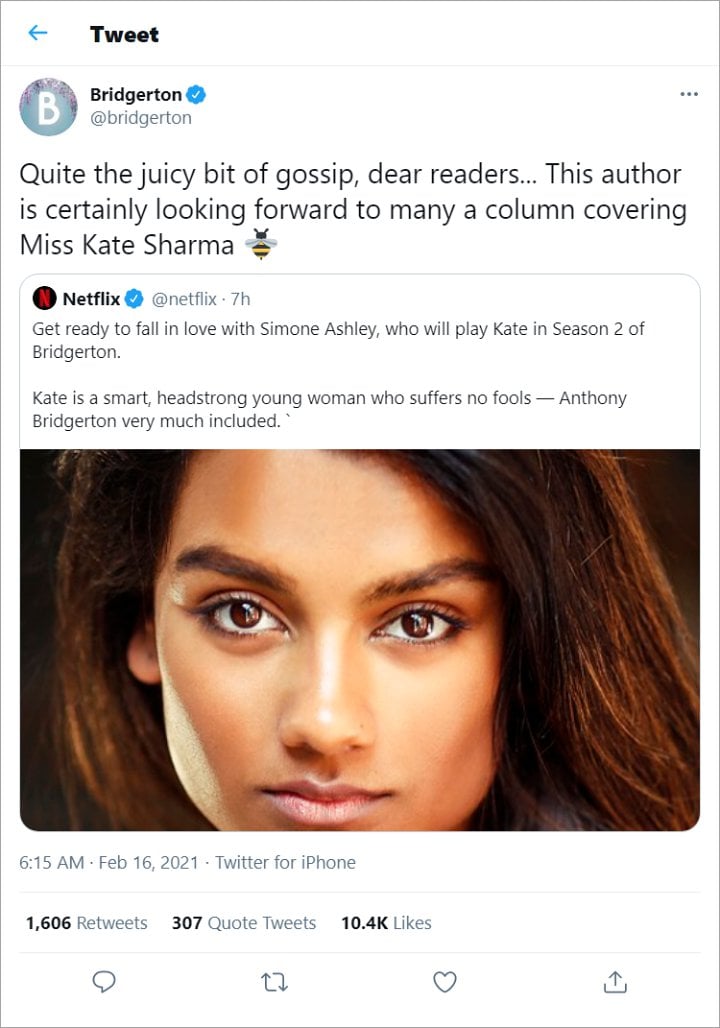 The sophomore season of the hit Regency-era period drama, which is based on Julia Quinn’s romance novels, will chronicle the pursuit of a suitable marriage for the eldest Bridgerton sibling, Anthony. Additionally, the show is set to continue to offer racial diversity among the characters. While season 1 featured several major black characters, including the Duke of Hastings (Rege-Jean Page), the second season will have Indian descent characters in the multi-racial world of 1880s London’s high society.

“We have a bunch of new characters we are going to be introducing,” creator and showrunner Chris Van Dusen said in announcing the season 2 renewal on “Today with Hoda & Jenna” back in January. “Anthony is going to have a love interest next season, and I think it’s going to be as sweeping and moving and as beautiful as viewers of the first season have come to expect from the show.”