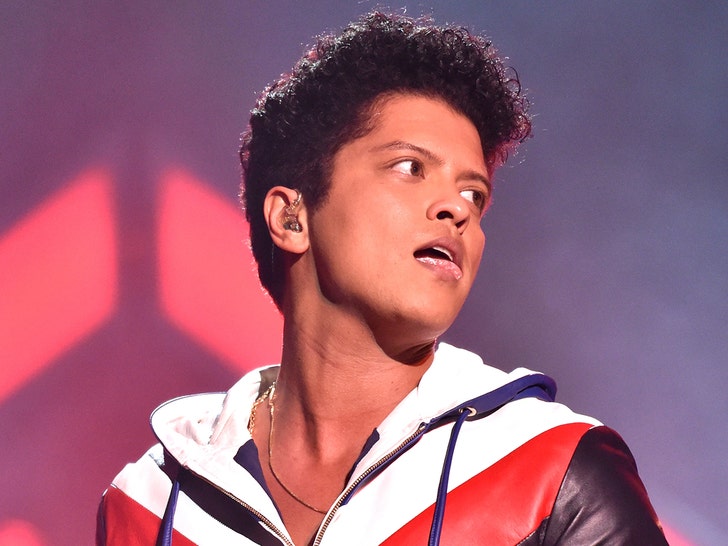 Bruno Mars‘ “24K Magic” became a $100k nightmare for one Texas woman, who told cops she was hoodwinked into forking over a fortune to someone passing as the singer.

The alleged victim was 63 when she told cops in Houston she made an IG account in 2018, and connected with someone claiming to be Bruno. She says the person developed an online relationship with her and eventually asked for cash.

Of course, as is oftentimes the case with these stories, she says she cut a couple of checks and put ’em in the mail, as instructed — one for $10k, and another $90k.

Police say the money found its way into the bank account of one Chinwendu Azuonwu — a local man who was taken into custody on money laundering charges, along with an alleged accomplice, Basil Amadi, who’s facing similar charges. Both men were in court this week.

According to legal docs, obtained by TMZ, 2 cashier’s checks were made out to “Chi Autos” at the behest of the fake Bruno, to cover “tour expenses” … that’s what he told the woman, anyway. She says he also told her he was leaving the tour to come be with her.

Cops told local news outlets they believe these men may be low-level crooks working for scammers overseas — and are hoping they cooperate to help uncover a potentially bigger criminal ring.

As for Bruno … pretty sure this is something he does NOT like, he does not like! Not at all.

Jill Biden Assures Kelly Clarkson ‘Things Will Get Better’ After Divorce: ‘I Wouldn’t…