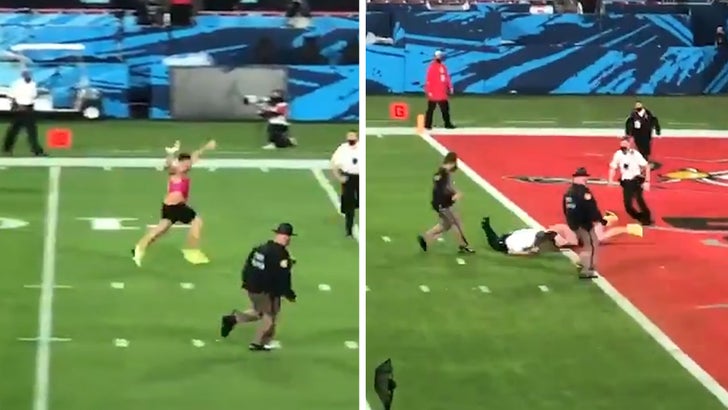 6:15 AM PT — Turns out the mostly-clothed streaker who busted out onto the field during Super Bowl LV has ties to an infamous YouTuber known for pulling outrageous stunts … one Vitaly Zdorovetskiy. 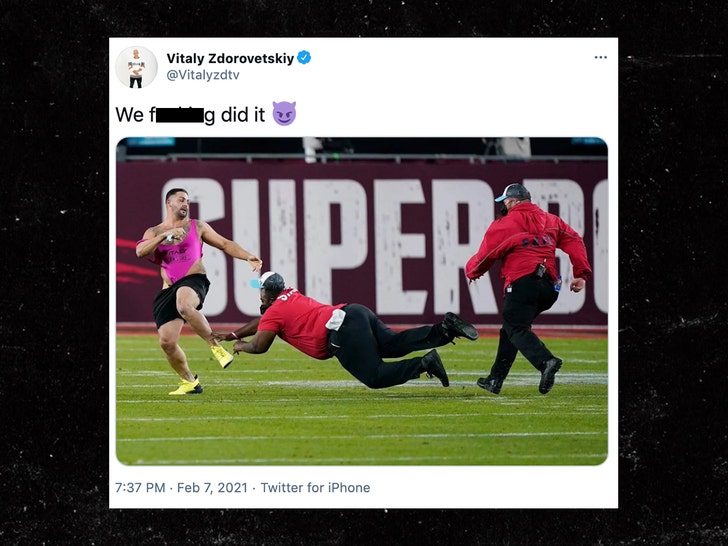 Vitaly’s been behind other sports streakings before, including one during a Champions League Finals game … which featured a woman. Vitaly’s been busted for tons of dumb stuff too besides this, BTW, including laying a wet one on Kim K’s caboose once upon a time.

Unclear if he’ll face punishment for this latest exploit.

The worst performance of the Super Bowl goes to the moron who got in the field and tried to make a run for the end zone … AND BLEW IT ON THE 1 YARD LINE!

The idiot — wearing a 1-piece, pink thong women’s bathing suit — somehow got around stadium security and made his way onto the field in the 4th quarter as Patrick Mahomes and the Chiefs desperately tried to mount a comeback against Tom Brady and the Tampa Bay Bucs. 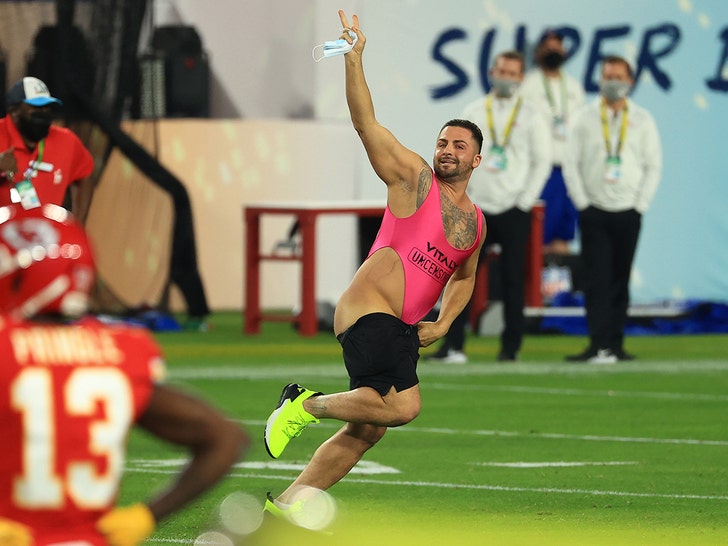 The CBS broadcast cut away from the field invader seconds into his run — but fans in the stands caught the whole thing … including the bitter end.

The fan started off strong — making a few defender misses with some nifty spin moves … before running into a wall of security toward the Chiefs endzone. 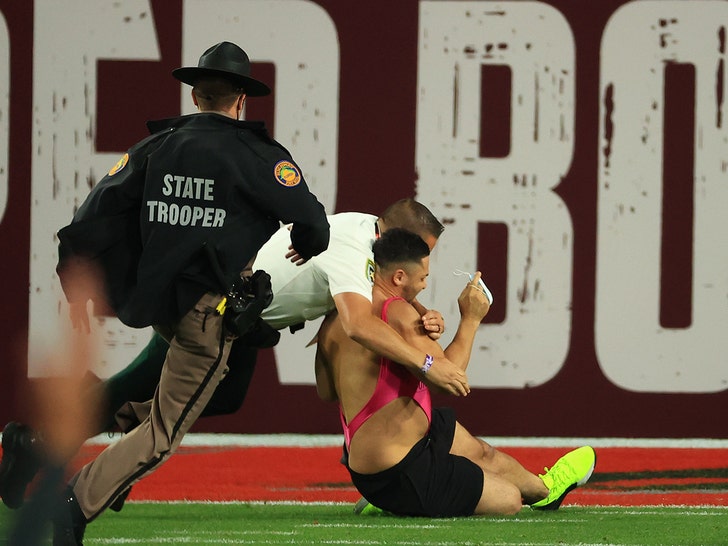 But, he couldn’t complete the run — instead, he slid, giving himself up ON THE 1.

In all seriousness, this dude is a moron — and the fact he got close to players, refs, security and others while we’re all still in a pandemic is stupid and irresponsible.

Cops ultimately corralled the guy and walked him off the field in handcuffs. 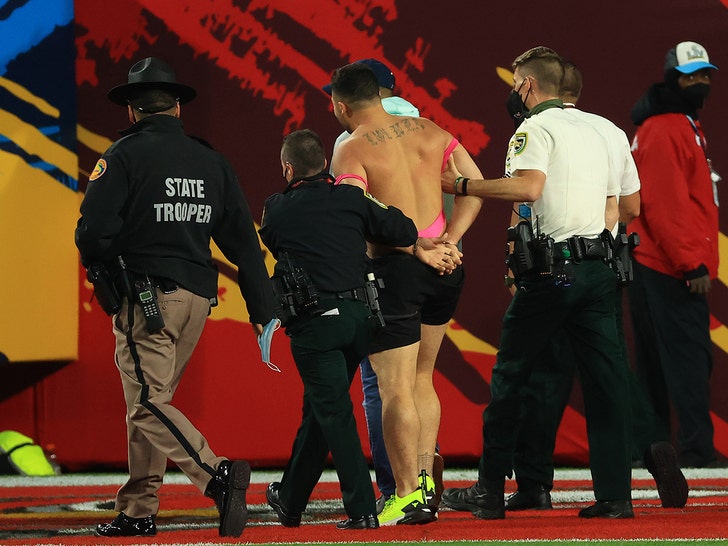 Plus, he was wearing shorts … so he wasn’t even a real streaker.