Meghan Fox and Machine Gun Kelly have been sparking engagement rumors lately, but a source close to the couple confirmed to People yesterday that the couple is not engaged. They are, however, very much together; that much was clear on Saturday night when MGK was the musical guest on Saturday Night Live.

Ahead of the show, MGK was seen carrying Fox, his girlfriend of nearly a year, through a crowd and into 30 Rock, where the show is filmed. They were also seen embraced in some serious PDA as they left their hotel and made their way to the studio, mask-less. 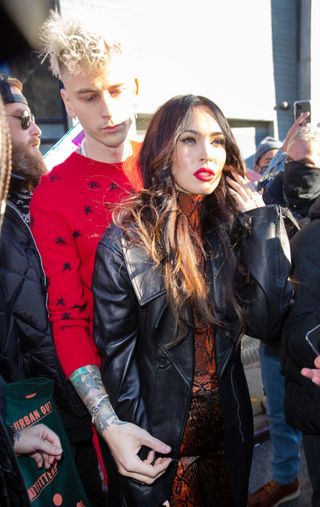 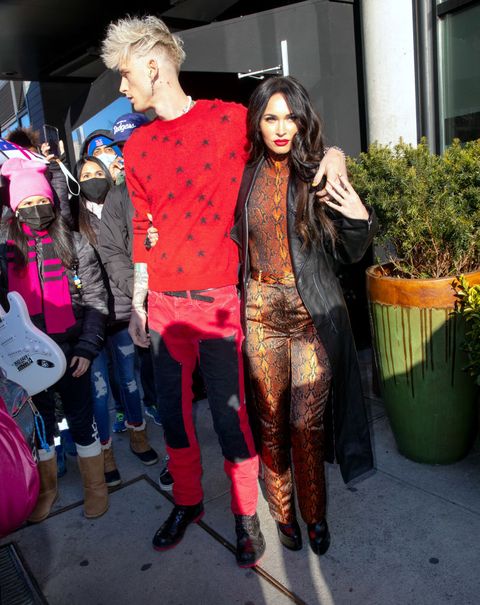 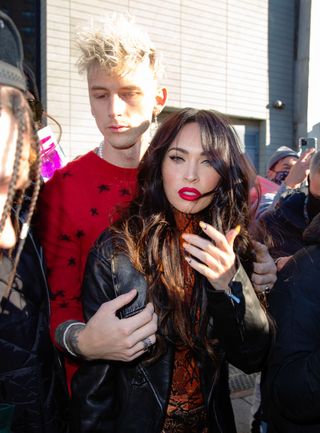 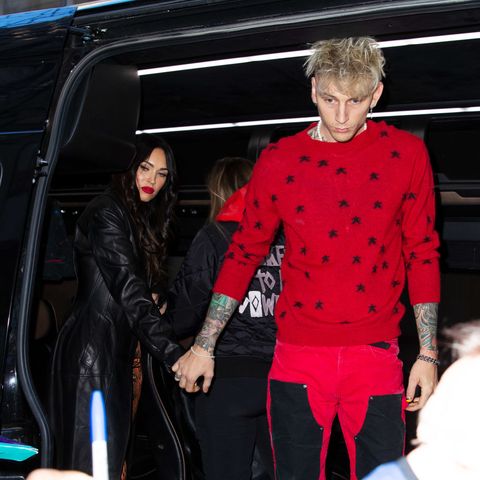 The two met last March, on the set of their film, Midnight in the Switchgrass. Since then, they’ve become an inseparable item. “They are very serious and plan on spending the future together,” the source told People, following rumors that Fox was wearing an engagement ring. “There will be an engagement at some point, but they are not engaged now.”

On Friday, Fox posted a photo on her Instagram story, which featured a ring on her finger that read “Fuck You.” 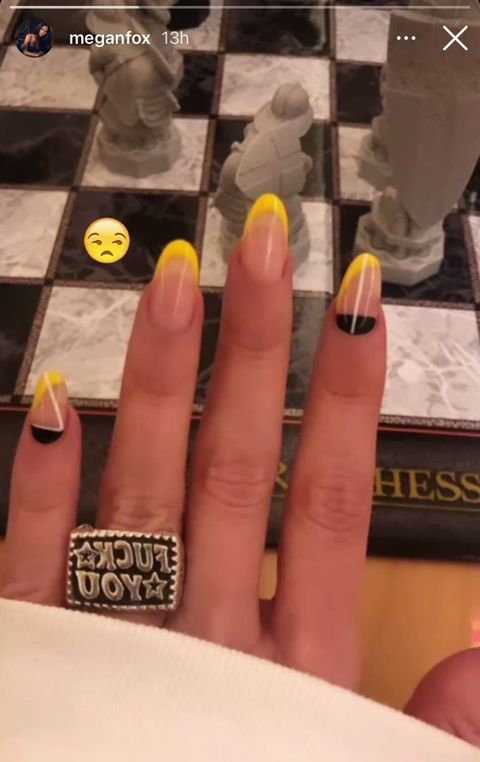 The source’s prediction that engagement is coming for these two doesn’t seem to be far-fetched. In December, a source told Entertainment Tonight that MGK is already thinking about his future with Fox.

“MGK totally sees marriage in his future with Megan and friends could 100 percent see them getting engaged within the next year.” The source adds however, that “Megan doesn’t think about getting engaged [or] married and she doesn’t put a timeline in place and it’s not something that really crosses her mind.”

Hilary Weaver
Hilary Weaver is a freelance writer based in New York who writes about politics, queer issues, Meryl Streep, Glenn Close, and every woman the Queen has ever made a dame.

Winnie Harlow Joins Making the Cut As a Judge