AwkwafinamovieRaya and the Last Dragon 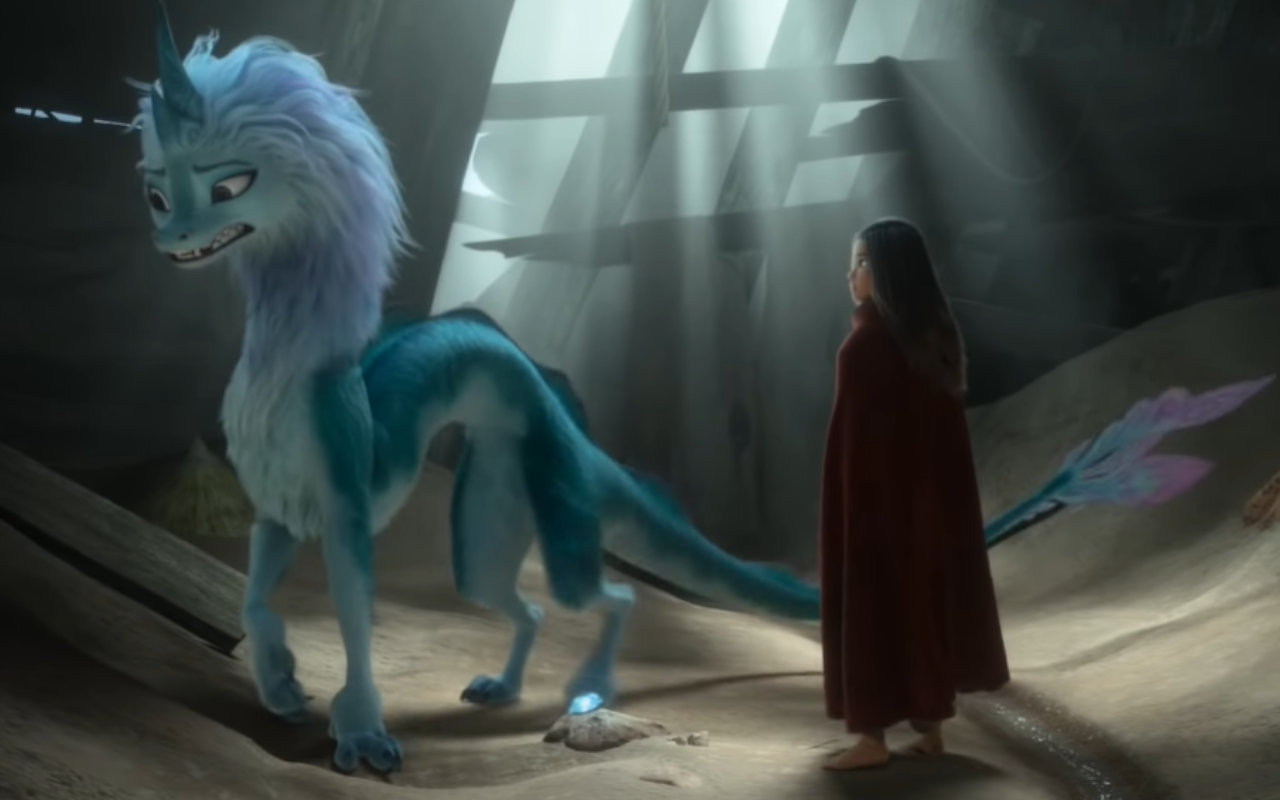 Being Raya’s last hope in her quest to save the world, the elusive Sisu admits that she’s, unlike what’s expected of her, is not as good as her dragon peers.

AceShowbiz –
Disney has dropped the first official full trailer of “Raya and the Last Dragon” ahead of its spring release. A new original title from the studio, which previously made hit animated films like “Frozen (2013)” and “Moana“, the upcoming movie is heavily influenced by South Asian culture.

The movie and trailer follows Raya, who encounters a con baby, Little Noi, while going undercover. Discovering the tiny con artist’s formidable acrobatic and martial arts skills, she recruits the tot for her quest to find the last dragon, along with Tong and Boun, in hopes to save the world.

But when Raya finally finds Sisu, the elusive dragon quickly breaks the title character’s expectation as she admits that she’s an unfit one among her kind. “I’m gonna be real with you. I’m not, like, the best dragon,” Sisu, voiced by Awkwafina, says. “Have you ever done like a group project but there’s like that one kid who didn’t pitch in as much but still ends up with the same grade?”

That’s the least of Raya’s problem though, as her nemesis Namaari is also after the dragon. “You and the dragon are coming with me,” Namaari declares. Raya refuses to give up the dragon without a fight, saying, “My sword here says we’re not.”

Elsewhere in the trailer, Sisu shows her powers despite her claims that she’s inferior. She also proves to be wise with her words. “The world’s broken. We can’t trust anyone,” Raya confides to the dragon, who replies, “Maybe the world is broken because you don’t trust anyone. You just have to take the first step.”

Sisu later has a scene-stealer moment when she admires her human form. “I just shape-changed. Look how close my butt to my head! It’s gonna make digestion so much faster,” she hilariously says toward the end of the video.

According to the official synopsis, “Raya and the Last Dragon” takes us on an exciting, epic journey to the fantasy world of Kumandra, where humans and dragons lived together long ago in harmony. But when an evil force threatened the land, the dragons sacrificed themselves to save humanity. Now, 500 years later, that same evil has returned and it’s up to a lone warrior, Raya, to track down the legendary last dragon to restore the fractured land and its divided people. However, along her journey, she’ll learn that it’ll take more than a dragon to save the world-it’s going to take trust and teamwork as well.

The movie features an outstanding voice cast, including Kelly Marie Tran as the voice of the intrepid warrior Raya, Gemma Chan as Raya’s nemesis Namaari, Daniel Dae Kim as Raya’s visionary father Benja, Sandra Oh as Namaari’s powerful mother Virana, Benedict Wong as Tong, a formidable giant, Izaac Wang as Boun, a 10-year-old entrepreneur, Thalia Tran as the mischievous toddler Little Noi, Alan Tudyk as Tuk Tuk, Raya’s best friend and trusty steed, Lucille Soong as Dang Hu, the leader of the land of Talon, Patti Harrison as the chief of the Tail land, and Ross Butler as chief of the Spine land.

The film won’t feature a musical performance, but there will be music influenced by Southeast Asia, which is the cultural inspiration for “Raya”. The flick will arrive simultaneously in theaters and on Disney+ with Premier Access on March 5.

Jake Paul Taunts Ben Askren, You’ll Go Viral When I Knock You Out!

Tom Holland Wears Nothing but Thong Under His Spider-Man Suit