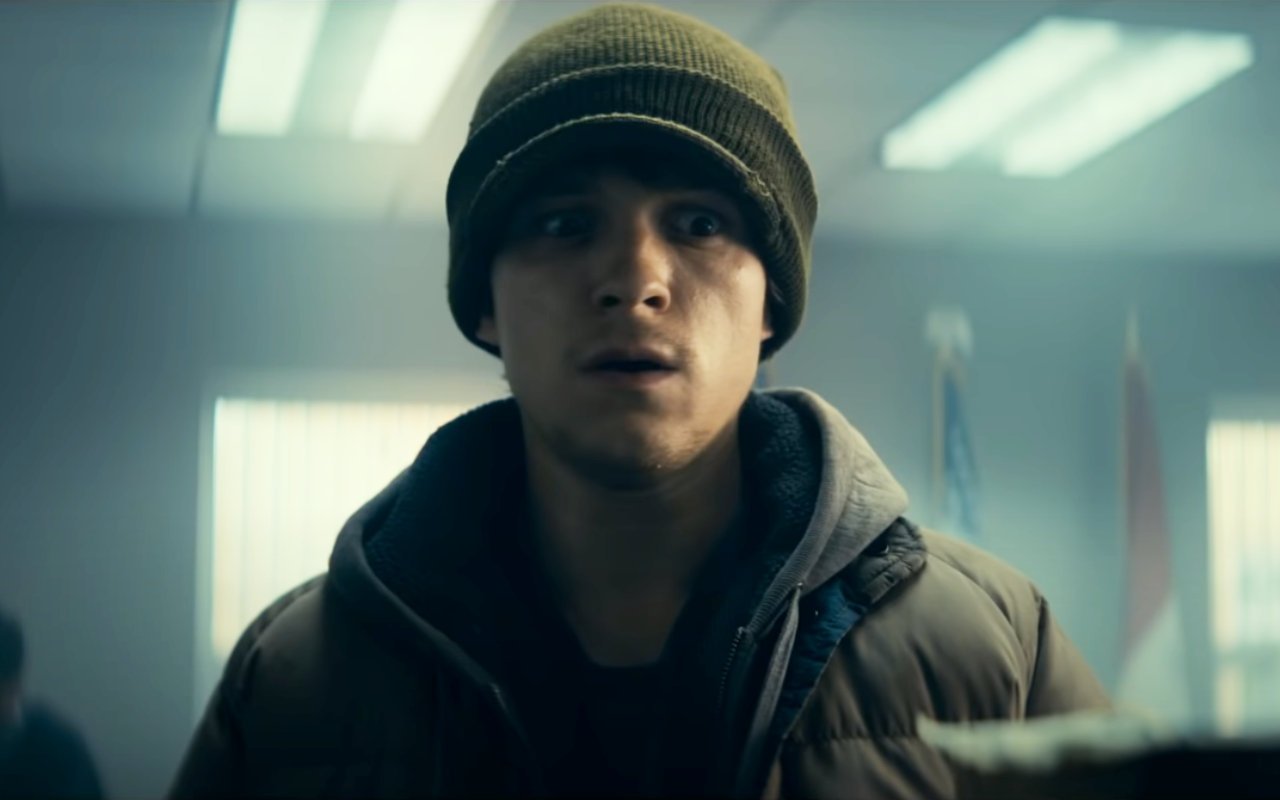 The ‘Spider-Man: Far From Home’ actor plays a nerd youngster falling in love who suffers from PTSD after joining the army and returning from a war zone in the Russo brothers movie.

AceShowbiz –
Tom Holland gets into yet another dark role following his raved performance in “The Devil All the Time“. Putting aside his goofy and clumsy persona, the Peter Parker a.k.a. Spider-Man in Marvel Cinematic Universe plays a druc-addicted bank robber in “Cherry” from “Avengers” films’ directors, Anthony and Joe Russo, which first full trailer has arrived for viewing pleasure.

In the newly-released sneak peek, Holland’s title character is first depicted as a nerd young man who falls in love. Against the odds, he decides to trade his peaceful life for an intense life in battle zone by joining the army.

Upon returning from war where he served as an Army medic, Cherry is not the same person. He’s suffering “from post-traumatic stress disorder” and “becomes a serial bank robber after an addiction to drugs puts him in debt.”

Also starring Ciara Bravo as Cherry’s love interest, the crime drama is adapted from the novel of the same name by Nico Walker, who based the titular character on himself. The official description of the movie doesn’t reveal much of the storyline but this, “In an epic odyssey of romance, war, drug addiction, and crime, a young man (Holland) struggles to find his place in the world.”

Meanwhile, the Russo brothers said on their official Twitter account that “Cherry is the most personal film we have made. The city. The people. The story.” They went on to reveal the movie’s release date in the tweet, ” #Cherry is in theaters on February 26th and on @AppleTV March 12th.”

The filmmaking duo, who has also directed Holland in “Avengers: Infinity War” and “Avengers: Endgame“, previously said of Holland’s performance in the upcoming movie, “I think it’s an Oscar-worthy performance.” Joe Russo gushed, “I think [Holland] is absolutely amazing in it. He gives a gut-wrenching performance. What he does to himself emotionally and physically is unbelievable. We haven’t seen an actor in a role like this in a while. The movie spans a decade, complemented by an epic performance. And one that I certainly hope will be in the Oscar conversation.”

Tom Holland Wears Nothing but Thong Under His Spider-Man Suit