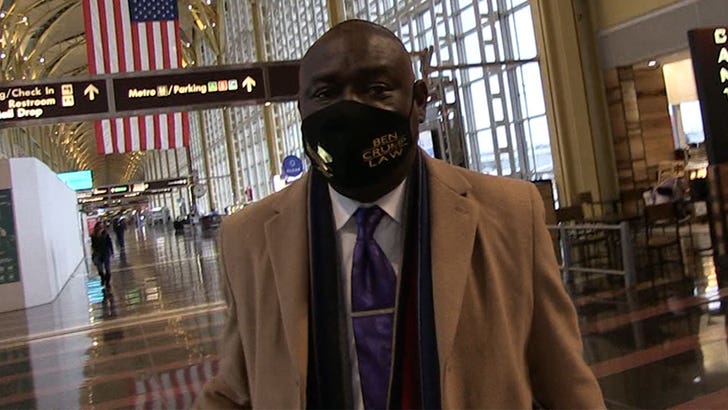 We got Ben Wednesday at Reagan Airport in D.C., where he told us he’s been in touch with President-elect Biden’s transition team and VP-elect Kamala Harris. He says some of the conversations have been about preventing tragedies — that became hashtags in 2020 — like the deaths of George Floyd, Breonna Taylor and Ahmaud Arbery.

The way Crump sees it … America can and must do better, and it’s clear he’s counting on Biden’s administration to make it happen. He also said it would be really hard to do worse than the current administration.

Interestingly, it sounds like he has some ideas for improving the Dept. of Justice’s response to cases where racial bias might be at play.

It’s clear from this clip, Crump’s ready to get to work with Biden on several criminal justice and civil rights issues … even before he’s sworn in as POTUS in January.

Who Is Popcorn on Season 4 of The Masked Singer?