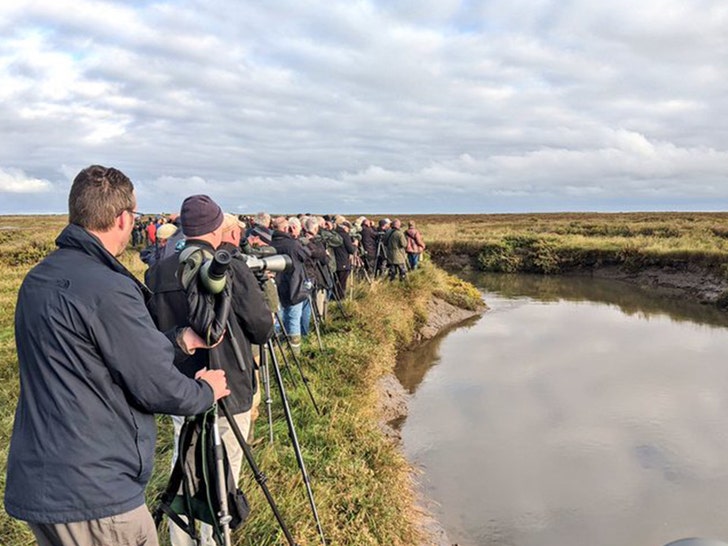 A robin about the size of an orange got a bunch of bird watchers off their asses and out to the wetlands from across the pond, ’cause this was something they just couldn’t miss.

About 100 guys who get a kick out of peering through binoculars gathered up their best gear early Saturday in Stiffkey, England — a parish along North Norfolk — and flocked to the nearby salt marsh to get a gander at a rare bird who hadn’t graced their area in 40 years. 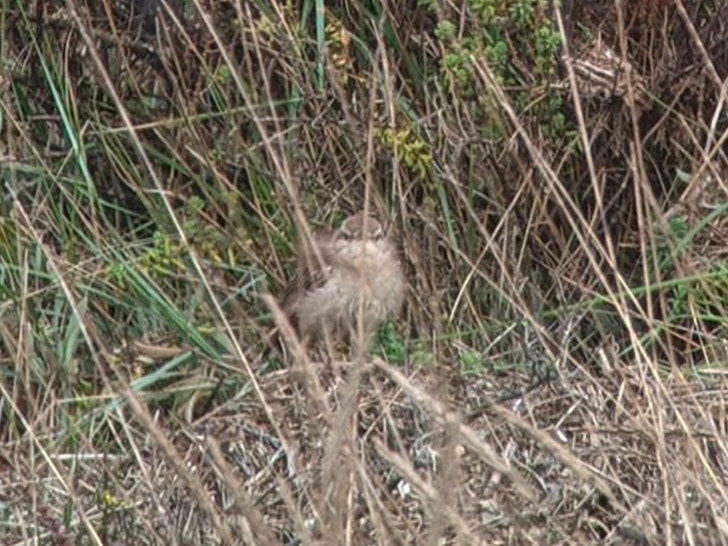 The beast in question … a little something called the Rufous Bush Chat, otherwise known as the Rufous-tailed scrub robin. It usually breeds in Mediterranean areas, and can even be found in areas around Africa … but is rarely seen in northern Europe. Last time it was spotted in Britain was in 1980, out in the shire county of Devon … this according to the BBC.

As for how it ended up in the U.K. … local bird experts reportedly suggested it was seeking a more tropical climate, but somehow got turned around on its journey and landed there.

Now, Rufous here might not be much to look at from a first glance … but the rarity of its presence was more than enough to get all these fellas together for a closer look. Ecologist Mike Hoit — who was on the scene snapping shots — tells us that while it may appear a lot of the guys out there were unsafely clustered together, the gathering was much more socially distanced than photos might suggest. And besides, they’re outdoors … which helps some. 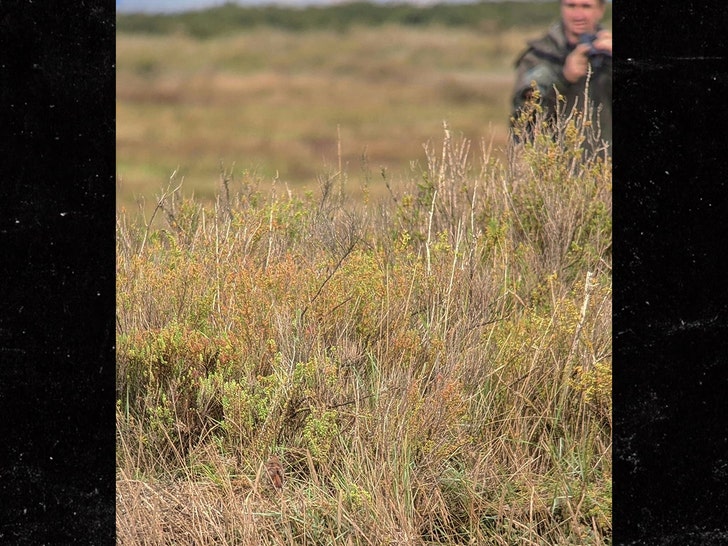 One last thing … Mike got a great photograph of the robin stealthily hidden among the fields in the marsh. His challenge — see if you can find it with your naked eye. Hint … southwest.