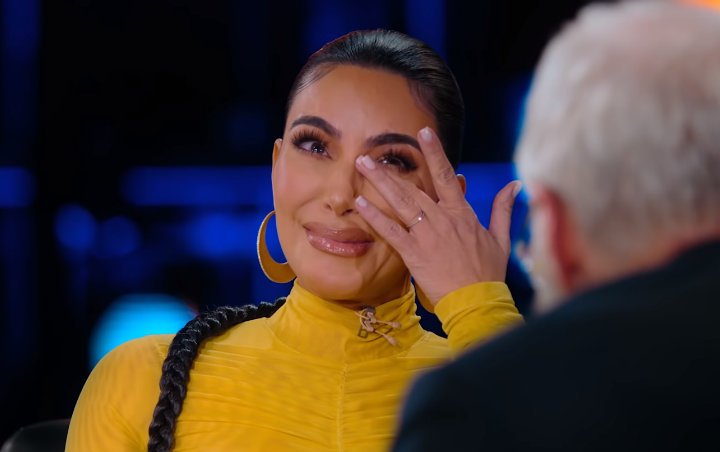 Joining the ‘KUWTK’ star in the trailer are fellow guests, including Lizzo, Dave Chappelle and Robert Downey Jr., for the new season which will premiere on October 21.

AceShowbiz –
Season 3 of “My Next Guest Needs No Introduction with David Letterman” has released its trailer. The new video, which was shared on Tuesday, October 6, features Kim Kardashian who seems to be getting emotional as she breaks down in tears in front of host David Letterman.

The trailer opens with the “Keeping Up With the Kardashians” star kicking things off with David while shopping. “Hey, guys!” she says to the camera. David, meanwhile, looks hesitant to join her as he asks, “Should I be in it, or no?”

After taking a selfie together, the 39-year-old TV star seems to be satisfied with the result. “That’ great. Then I will Airdrop it to you. Do you know what Airdrop is?” she jokingly asks, to which David responds, “Sure” while making a face.

Later in the trailer, Kim is seen joining David for a sit down interview. It appears that they are discussing a somber topic as the KKW Beauty founder starts crying. “No, no, no, no, are you alright?” David asked concernedly.

Joining Kim in the trailer are fellow guests for the new season which will premiere on October 21. It includes Lizzo, Dave Chappelle and Robert Downey Jr. The video teases David’s chat with the “Truth Hurts” about her body image and music, while Dave is seen walking through the woods with host and discussing the Black Lives Matter protests.

As for the “Iron Man” actor, the 55-year-old actor takes David around a farm while making jokes about prison.

Back in season 2, the TV star’s husband Kanye West stopped by to get candid about their family and his bipolar disorder. He also addressed backlash for his support of President Donald Trump. Comparing it to bullying, the “Gold Digger” rapper said, “Have you ever been beat up in your high school for wearing the wrong hat? The idea is the bullying. Well, definitely liberals bully people who are Trump supporters. It’s not just calm. You can’t just go and wear the hat. It’s like, ‘F**k you! F**k you!’ It’s like bro, I have. In America, we have rights and we have rights to open the conversation.”


‘DWTS’: Anne Heche ‘Stormed Off’ the After Being ‘Furious’ Over Elimination

Shopee, Lazada, Qoo10, Amazon Are Hiring In S’pore: Which Is The Best Tech Firm To Work For?

Bill Gates Allegedly Pursued Women at Work, Hooked Up With at Least One