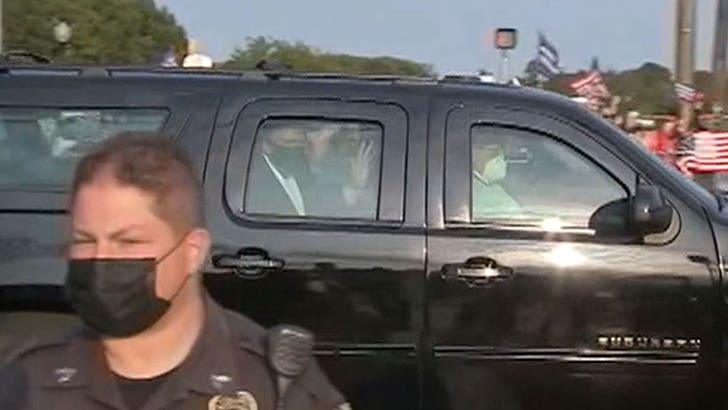 2:45 PM PT — President Trump said he was going to pay a little surprise to his supporters outside the Walter Reed Medical Center, then moments later … a motorcade went by, and he was waving with a mask on from inside an SUV.

Trump shared a video on Twitter saying his reports about his COVID battle were good and he’s been learning a lot about the virus, but he also teased making an appearance for his supporters. 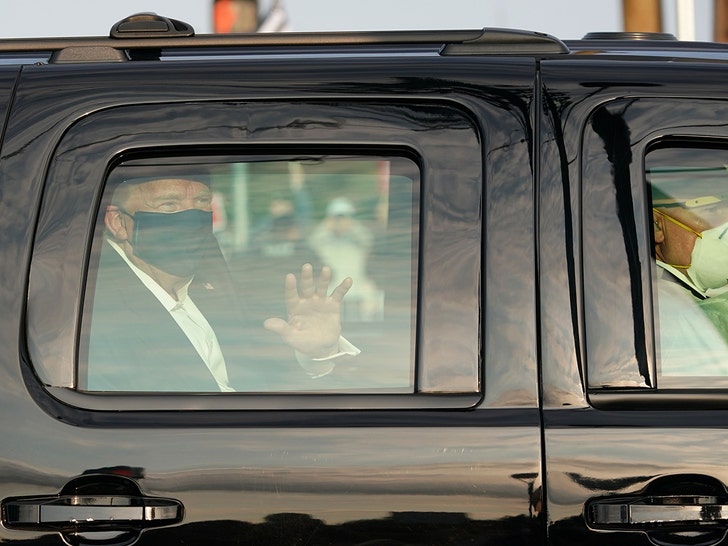 It’s odd, but it seems POTUS simply left the hospital to do a lap in an SUV and wave to everyone as a gesture of appreciation for being there for him. 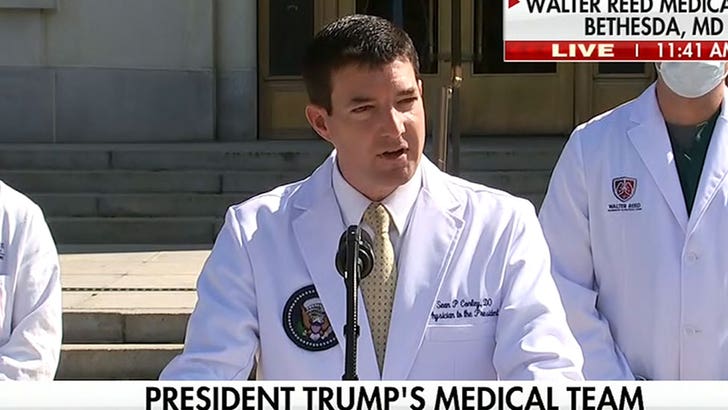 Donald Trump is doing well enough that he can be discharged as early as Monday, but the latest update from doctors raises new concerns about Trump’s health and whether his doctors are being straight with the American public.

Trump’s personal physician, Dr. Sean Conley, fessed up that he was evasive Saturday when he wouldn’t say if Trump received supplemental oxygen at The White House before being transferred to Walter Reed. This time, Dr. Conley said Trump not only received oxygen Friday at The White House but a second round Saturday. In both instances, Trump’s oxygen level dropped below 94%.

And, there’s this … Dr. Conley confessed he wasn’t forthcoming Saturday because he wanted to reflect Trump’s “upbeat mood.” As for whether he hid information, Dr. Conley said that “isn’t necessarily true.”

A reporter asked Dr. Conley if Trump’s lungs were damaged and he would not answer directly. Nor would Dr. Conley say if there was evidence of pneumonia.